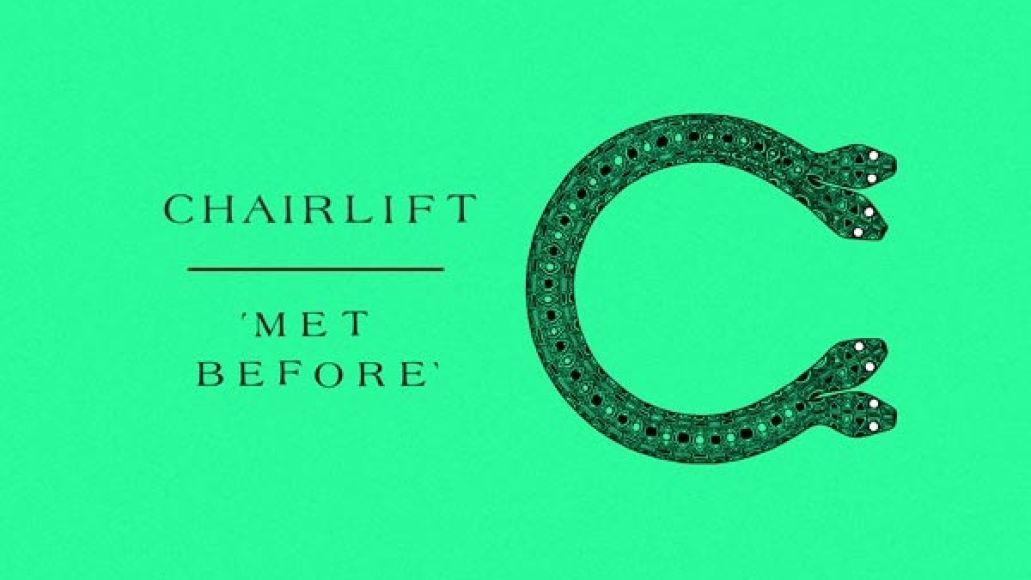 Brooklyn electro-pop outfit Chairlift has already doled out two sneak peeks from their upcoming vaguely-titled sophomore album Something. Now, a third taste comes in the form of “Met Before”, a shimmery, romanticized track of indulgent ’80s pop that bubbles over with loads more life force than its predecessors. Check it out below (via Pitchfork).

Something hits stores on January 24th, 2012 via Columbia Records.

Check Out: Chairlift - "Met Before"