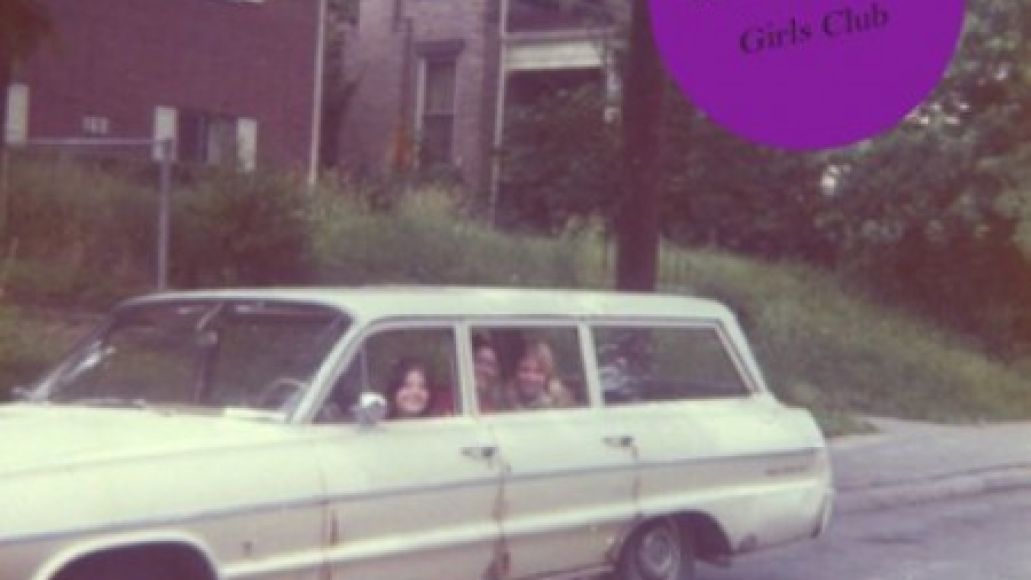 If you ever get the chance to talk to Chicago musician Zach Weinberg, you’ll understand how passionate and dedicated he is to his craft. His focus is unrelenting, even in the face of a seemingly endless journey to perfect the sound he’s got stuck in his head.

Weinberg is the frontman for Delmar & the Dedications, a band that describes themselves as a girl-group without the girls. A description worth marveling at undoubtedly, but the band’s last release, an EP titled Mansion Sessions, is actually a compelling synthesis of the hard-edge punk noise and the soft, sweet R&B vibe.

Early next year, Weinberg will release the band’s new EP, Girls Club. As an early preview, CoS is premiering a demo version of the the lead single, “Shut Up & Kiss Me”. The track is a mutant of sorts, as are most of the band’s cuts, with noise and attitude like an early Elvis Costello, but with far more punk abandonment to the jangly instrumentation. And, of course, the lyrics and theme of the song are as close to the ’60s Motown sound as a bunch of young white males could ever get. Check it out below.

Weinberg also talked to us (via email) about the song’s creation and lyrical scope, the development of the Girls Club, recent changes in the band, his plans for the future, and his “interesting” group of female friends. Check out the entire exchange below. Stay tuned for more on the Girls Club as it’s announced.

What can you tell us about writing and recording “Shut Up & Kiss Me”? It’s another big step forward in your “girl-group without a group” sound.

Lyrically, this is the most fun I have ever had writing a song. I’ve focused on innocent puppy love and other common ’60s girl-group themes before, so for this new song, I decided to take it a little further and actually attempt to write from a girl’s perspective. I’ve been trying to fuck with the ’60s girl-group feel during the writing process, but for that to come across, I needed to at least keep the gender perspective the same.

Inspired by the crazy lives of some of my closest girlfriends (who actually have a brand new start-up band appropriately-titled The Bad Apples), this group of girls lead some wild lives. These are some of the badddddddest girls in Chicago, lapping a whole bar in a round of shots, while they rip out the heart of any boy who finds himself caught in their beautiful gaze. They never sleep, they only party…and, of course, advocate for strong confident women and girl power. These girls are awesome, and not only can they always keep up with me, but on most nights, I’m far surpassed.

What can we expect from the Girls Club EP? How are you looking to hone your niche even further?

Girls Club EP can really be looked at as part two, an addition to the Mansion Sessions EP that I released a few years back. Both album covers are of old photos my parents have of their early years, but whereas the first EP had my dad and his buddies on the cover, this new one is of my mother and her friends. I got the name for the record recently, while I was the only boy living in a house full of seven girls, and I used some of those amazingly fun (and drunken) nights to provide some context for what is Girls Club. But let’s be real, being a dude, I still have no idea what that means.

The project has always been centered on you; how is it developing and where do you see it leading to eventually?

Delmar and the Dedications is definitely going through a period of transition, especially with the recent moves of both our bassist, Peter Murphy, and drummer, Marc Howell. Delmar started out as a recording project for me, and it was only after the awesome attention we received once we released the first EP that we decided to put a full band together. Right now, the project has come full circle, and it’s back to me hanging out in a basement alone with my recording gear, but we’ll see what happens after Girls Club comes out. If people seem as excited about these new songs as I am, then maybe I’ll play a few shows.

Check Out: Delmar & the Dedications - "Shut Up & Kiss Me" (CoS Premiere)