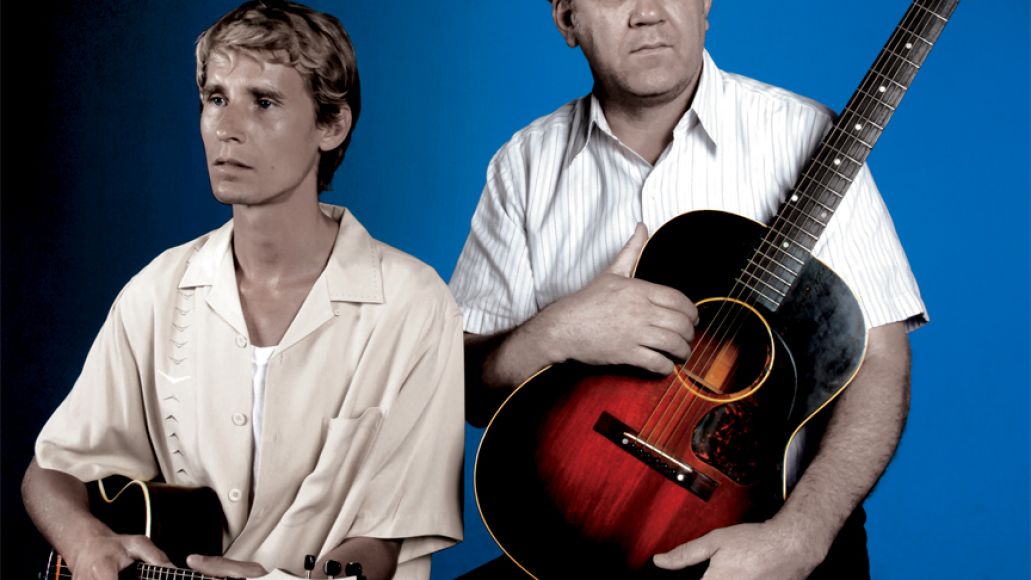 As previously reported, Jack White has teamed up with actor John C. Reilly for two two-song singles, due out as part of Third Man Record’s big holiday bounty on November 29th. Right now, you can hear one of the single’s A-sides, a cover of Ray Price’s “Ill Be There If You Ever Want”, featuring Lavender Diamond’s Becky Stark at EW.com. The other A-side, a rendition of The Delmore Brothers “Gonna Lay Down My Old Guitar”, featuring Tom Brosseau is available in 30-second sample form below.

Pre-orders for both singles are now ongoing at Third Man Records’ online store.