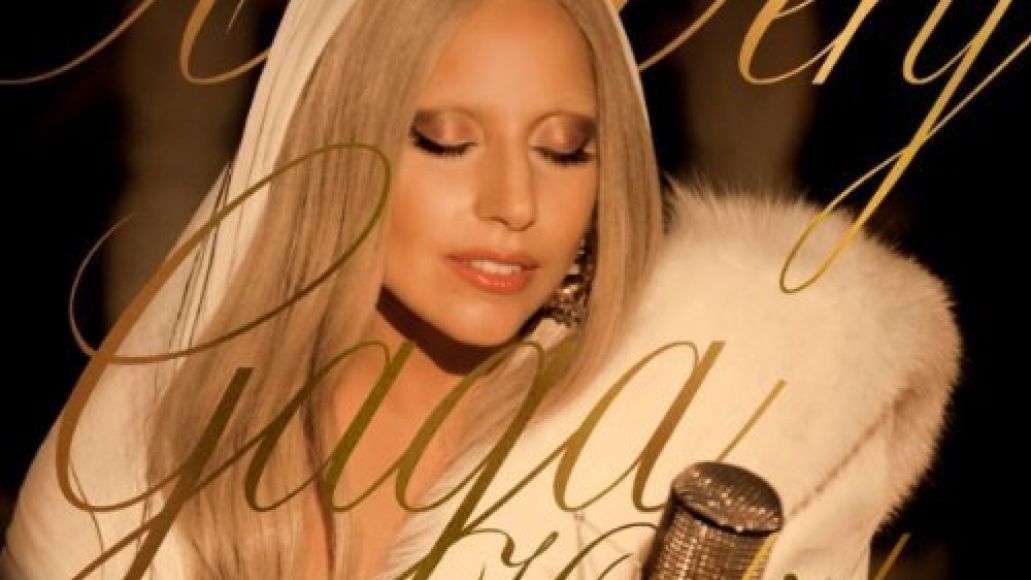 This week alone brings three new releases from Lady Gaga. In addition to her Born This Way remix album and new concert film, the pop superstar is also releasing a four-track, holiday-themed EP, titled A Very Gaga Holiday. Featuring live takes from Gaga’s upcoming Thanksgiving television special, the set includes reworkings of Bing Crosby’s “White Christmas” and Nat King Cole’s “Orange Colored Sky”, in addition to Born This Way tracks “You and I” and “The Edge of Glory”. The EP is now available on iTunes, and will be released elsewhere on November 26th. For a taste, you can stream Gaga’s rendition of “White Christmas” below (via Idolator).

That aforementioned Thanksgiving special airs from 9:30pm – 11:00pm ET on ABC. In addition to an eight-song live performance, the broadcast will include an interview between Gaga and Katie Couric.