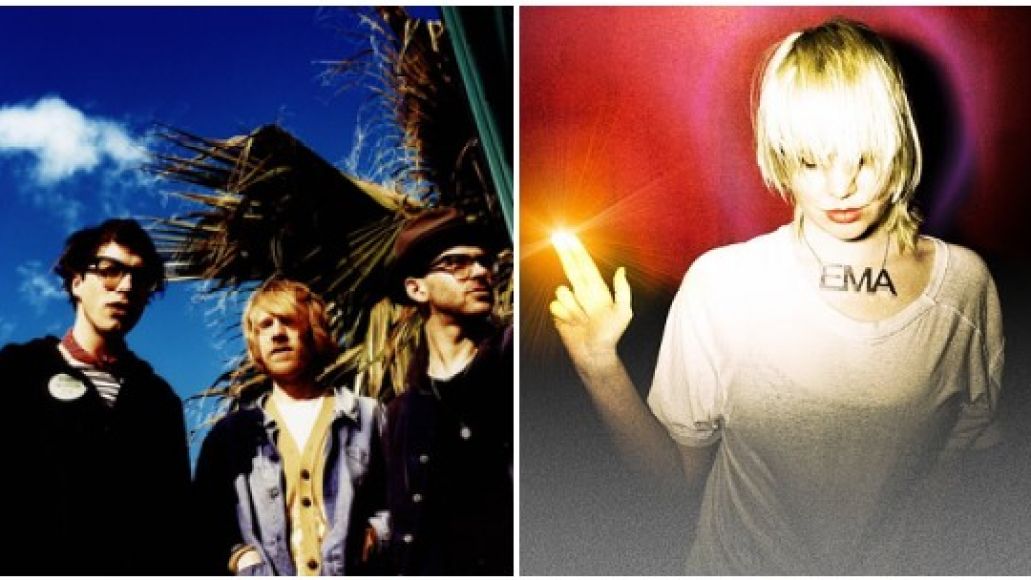 Although the hooplah surrounding the 20th anniversary of Nirvana’s seminal Nevermind all but ended in September, Male Bonding and EMA are intent on prolonging the celebration. On January 6th, 2012, Rough Trade Shops and Sub Pop will release a split 7″ single from the two acts featuring Nevermind-era covers.

For their contribution, Male Bonding reworked “Aneurysm”, a B-side from Nirvana’s “Smells Like Teen Spirit” single. EMA’s track of choice was “Endless, Nameless”, which was previously included on SPIN‘s Newermind compilation as a hidden track. Check out both songs below (via Pitchfork).

The single will be limited to a run of 500, and pre-orders are pressed on colored vinyl.

Male Bonding’s Endless Now and EMA’s Past Life Martyred Saints are both out now.