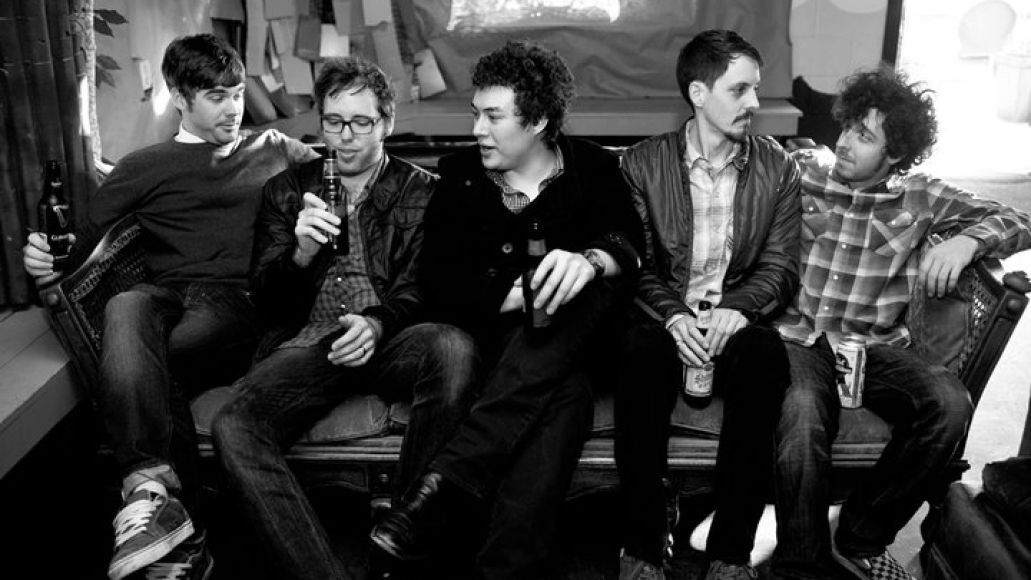 Musicians have all sorts of reasons for getting in the studio and up on stage, be it cash, fame, women, or what-have-you. A band from Austin, TX named Moving Castles pound out their pop-laced tunes for a bit of catharsis, both artistically and personally. Self-described as “a case study in neurosis,” this DIY quintet has recently broken from their “inward facing and distant” introversion to self-produce and release their smart and earnest debut EP, Twin Daggers. Just ahead, you can download “Heroin”, a cut from the EP.

On “Heroin”, there’s a blend of Beach Boys-inspired pop vibes with the essence of pop-punk and art-pop bands frontman/songwriter John Eric grew up on. Channeling his own social awkwardness, Eric wears his quirkiness right on his sleeves with lines like “Your professional life does nothing for your nervousness / when you see a specimen at the bars that you wanna kiss” and the chorus refrain of “And every time I see you / you try to sell me heroin.” Honest with a touch of biting, the song is available for your downloading pleasure below.

Moving Castles’ Twin Daggers debut, which Eric says “shows what we can do on our own with absolutely no budget,” can be streamed at the band’s website and is available from most major digital retailers. Their Austin fan-base must be pretty fervent, as they’ve convinced the band to press CDs, which are currently available for pre-order here and are slatted to ship on or about November 21st.