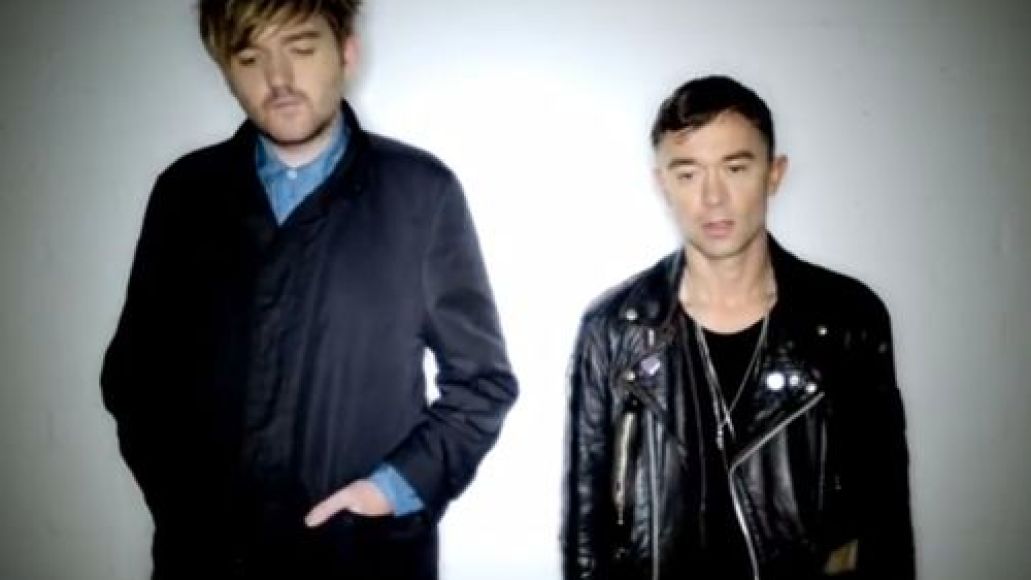 As previously reported, The Big Pink will return with their sophomore LP, Future This, in January, 2012 via 4AD. We’ve already heard “Stay Gold”, and now comes another taste in ”Hit The Ground (Superman)”. The track, which samples Laurie Anderson’s “O Superman”, was premiered earlier today by BBC Radio 1’s Zane Lowe. You can hear a replay below.

Update: According to SPIN.com, the album hits stores on January 17th, and you can find the tracklist below.

Check Out: The Big Pink - "Hit The Ground (Superman)"