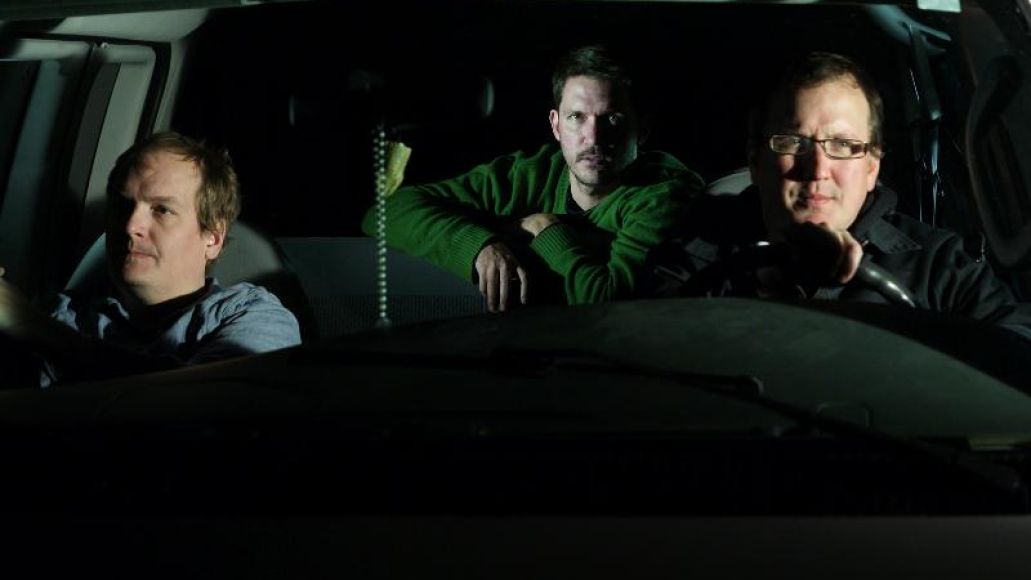 Nebraska indie-rock outfit Cursive dropped their last album, Mama, I’m Swollen, back in 2009. Since then, band members have gone on to pursue other projects, with frontman Tim Kasher dropping a solo album and bassist Matt Maginn teaming-up with Bright Eyes on The People’s Key. But on February 21st, the band will resume their rocking ways together when Saddle Creek Records releases their seventh full-length album, I Am Gemini.

The LP was recorded in the summer/fall of 2011 at Omaha, NE’s ARC Studios alongside producer Matt Bayles (Mastodon, Minus The Bear, Isis). And though Kasher’s lyrics have always taken a turn toward the conceptual, this latest LP may be the strangest tale the band have ever tackled.  ”I Am Gemini is the surreal and powerful musical tale of Cassius and Pollock, twin brothers separated at birth,” reads an issued press release. “One good and one evil, their unexpected reunion in a house that is not a home ignites a classic struggle for the soul, played out with a cast of supporting characters that includes a chorus of angels and devils, and twin sisters conjoined at the head.”

The band will also play some shows in support of the album throughout February 2012. Check out the entire tour schedule just below the album tracklist.