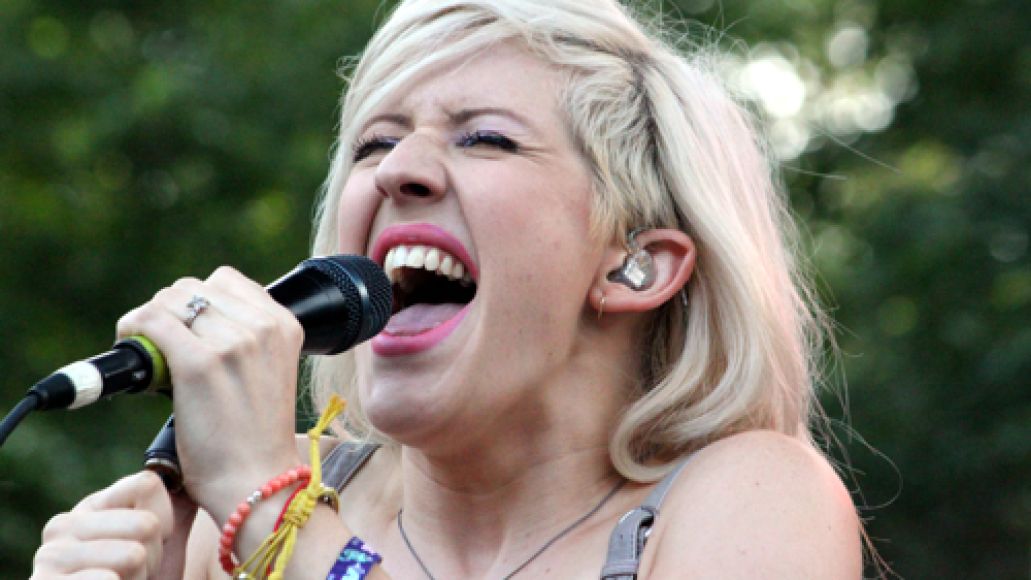 November 25th – Black Friday – is also Record Store Day, a day of commemorating the independent record stores of our fine land. British songstress Ellie Goulding has found a meta-celebratory way of joining in on the fun. Instead of releasing just any old exclusive, the singer/songwriter is putting out a live EP recorded in an actual independent record store.

Live at Amoeba was recorded live. . . at Amoeba Music (obviously), in the famed store’s San Francisco location on April 14th of this year during Goulding’s first ever U.S. tour. The five tracks include her cover of Elton John’s “Your Song” and hit singles “Starry Eyed” and “Lights”. The complete tracklisting is just ahead.

Five days before RSD, November 20th, Goulding will return to Amoeba Music, where she’ll be autographing advanced copies of Live at Amoeba. The event starts at 5 p.m., but don’t fret if you can’t attend (or you live out of state); signed copies will be available through Amoeba’s website.

In related news, Goulding has five dates lined up as opener for Katy Perry’s arena tour. After that, she’ll be adding another notch to her tally of high profile performances when she takes part in the Nobel Peace Prize Concert in Oslo, Norway along with Sugarland, Jill Scott, David Gray, Janelle Monáe, and that guy from Glee, Matthew Morrison. The event will be broadcast live on the web on December 11th.