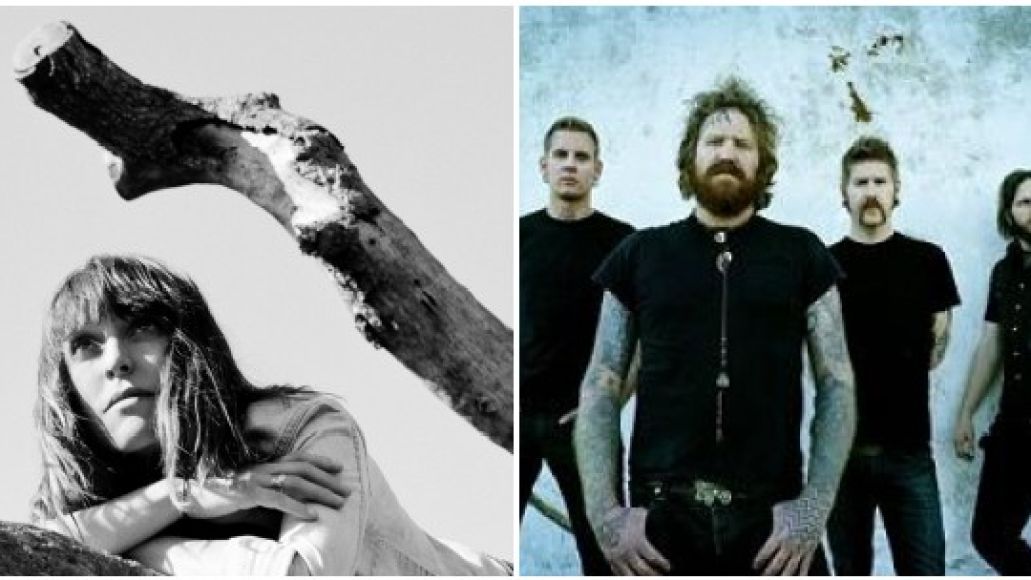 “Brent [Hinds] and I were nodding at each other, and he’s like, ‘Nice riff,’ and I’m like ‘Nice tone.’ So backstage I’m thinking about letting these two worlds collide, how they should collide, so I’m like ‘How about ‘Metals’ meeting metal?’” After pitching the prospects of a split record, Feist said “Brent was like, ‘Well, I do like that “Bad in Each Other” song, I could see that.’ Maybe now I will look into learning to cover ‘Oblivion’… or anything off [‘The Hunter’]. That album’s amazing.”

Now, as Mastodon’s Troy Sanders reveals in an interview with MTV News Canada (via Pitchfork), the band has decided to take Feist up on her offer. The two acts plan to cover one another’s songs for a split single destined for Record Store Day 2012.

Watch Sanders discuss the collaboration in the video below.