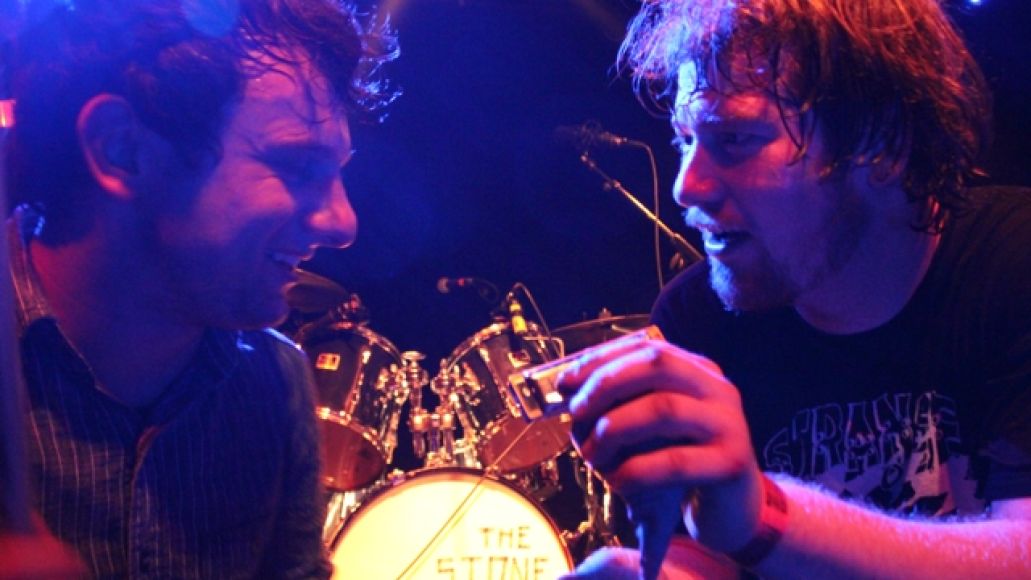 Last night, The Stone Foxes returned to their native San Francisco and headlined one of the city’s smallest, yet notorious venues, the Independent. The band’s 75-minute set was filled with muddy blues, hard riffs, and pounding drums that would have made Robert Johnson bawl like a baby at the crossroads. For one, the whole band sings, adding a number of stylistic differences to their bluesy roots. Drummer Shannon Koehler is a madman onstage, banging away but also taking breaks to sing, play harmonica, and thrash around like Henry Rollins in 1982. His brother, guitarist Spencer Koehler, along with bassist Aaron Mort, are the kind of high-energy performers that can make any band go on to do great things. And while keyboardist Elliott Peltzman is quiet and mild-mannered with his keys, he truly completes the band, the show, and their sound.

These California blues boys have made a reputation for themselves both in the Bay and across America. The one thing that has kept them hot and on point is their live show. They have the energy that any modern-day rocker is looking for, and hopefully some of these photos reflect that. While bands like The Black Keys and The White Stripes brought blues into the mainstream for the next generation, it certainly seems like The Stone Foxes can help keep that fire going. This is the band who claims to have killed Robert Johnson; so, you know they will steamroll you sometime in the near future.

In Photos: The Stone Foxes at San Francisco's Independent (11/15)