General shock and disbelief were shared when a small Pennsylvania town was chosen to host three nights of big-name indie acts. Friday evening’s double bill of Atlas Sound and Built to Spill was the second in Levi’s “Benefit Braddock” series. The economically struggling town was the epicenter of an effort to raise awareness and funds through music, making this more than just another stop on the tour. It was a night of memorable intimacy as the Carnegie Library of Braddock transformed their old-fashioned auditorium into a concert hall for the sold-out crowd.

Bradford Cox, under his Atlas Sound moniker, proved just as bewitching as at his recent Moogfest performance, the majority of his set belonging to his recently released Parallax. Exchanging few words with the seated crowd other than a thank you for supporting the cause, Cox brought an impressive lull over the audience with opener “Modern Aquatic Nightsongs”. Armed with an acoustic guitar and harmonica, Cox softened the nature of his songs, with looped effects from tracks like “Te Amo” and “Shelia”. Cox added a soaring emotional weight that hung as thickly as the haze of fog outpouring behind him. 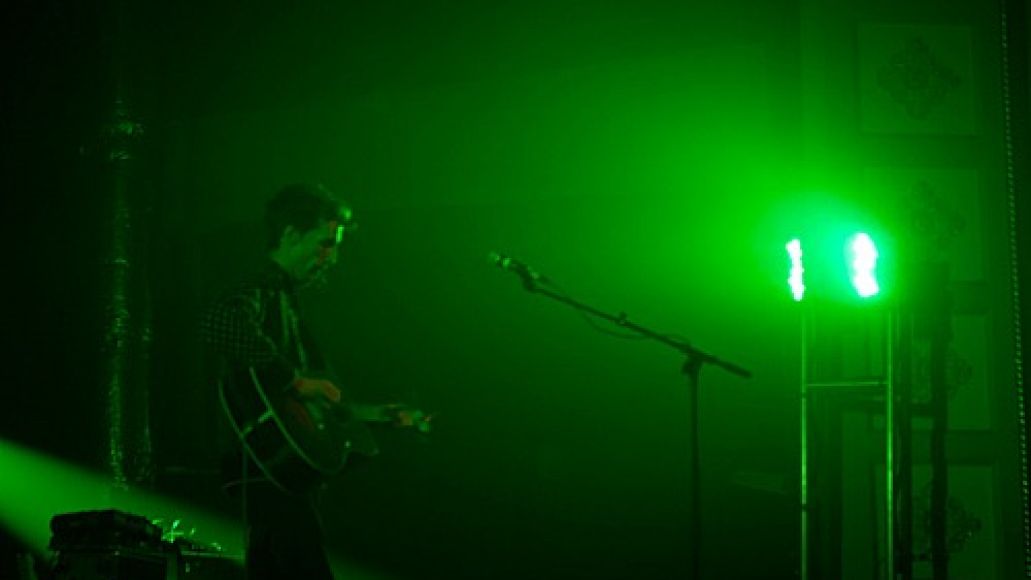 With a solid back catalog and years of touring behind them, Built to Spill knows how to please its fans and transforms recorded material into something else entirely. If one were to gauge the level of success of Friday’s show based on gleeful screams and air instrumental performances, the show was a hit. The crowd was revered and hesitant, remaining seated through “Traces” and “Stab”, until one fan eagerly sought permission to stand. “Of course you can. You can all stand as much as you want,” frontman Doug Martsch said. With that, it seemed like the concert had really begun.

Built to Spill has an understated manner of stage presence, the group seemingly unaware but in control of their own heaviness. They slowly warmed the crowd with well-received cuts “Else” and “Twin Falls”. Dipping in and out of their albums, their performance couldn’t have been more enhanced by the quiet eeriness of the library; Martsch’s heartbroken whisper slowly swelled to surround every space left untouched by the support of resounding guitar riffs and drums. Intent on packing every spare moment with music, the group indulged, drawing out the likes of “Untrustable/Part 2” and “Goin’ Against Your Mind” with extended ferocity from expansive guitar and percussion whose hooks continued to liven the audience. Even forgoing an encore break, Martsch announced they would play “as long as they let us,” delighting fans with closer “Carry the Zero”. 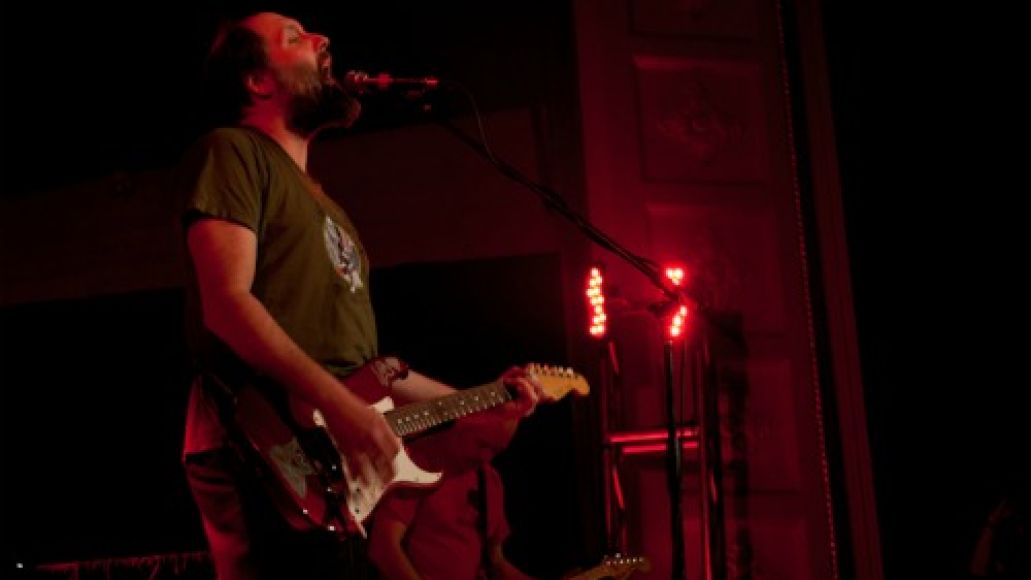 A trepid eagerness surrounded the performance. Even Built to Spill was unable to forget the reasoning behind the show, remarking on the beauty and importance of the cause. Departing from their planned setlist, the band offered up a night of memorable, carefree moments enhanced by the meaning behind it all.

Setlist:
Traces
Stab
Strange
Untrustable/Part 2
Get a Life
Else
Twin Falls
Some
You Were Right
Fly Around Pretty Little Miss
Nowhere Nothin’ Fuckup
Wherever You Go
Goin’ Against Your Mind
Stop the Show
Carry the Zero