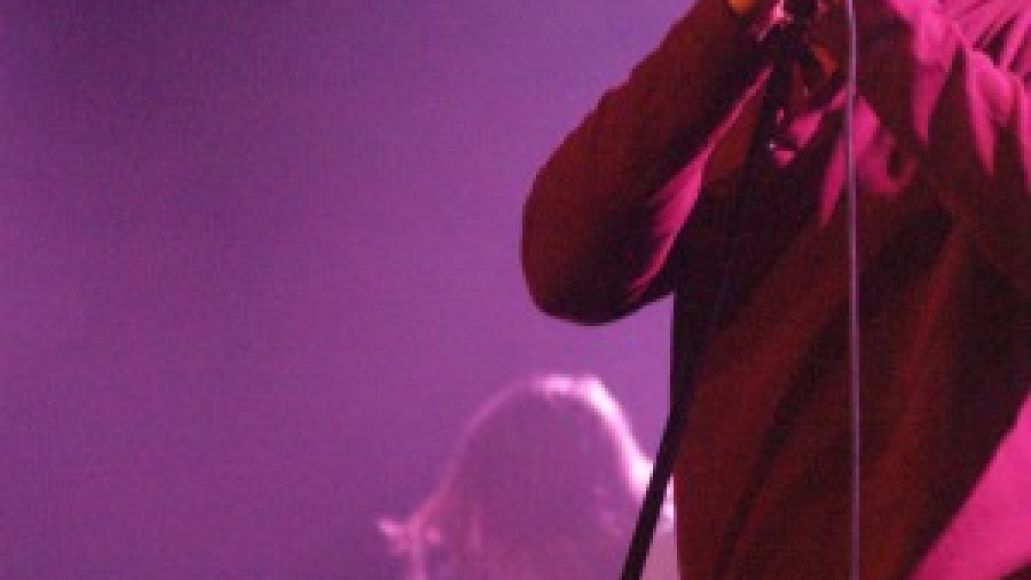 Bald men with beards. Long-haired Lotharios in leather pants. Tattooed chicks in studded denim vests. This is just a sample of the crowd that showed up for the sold-out Kyuss Lives show at Vancouver’s Commodore Ballroom Wednesday night. The Coachella Valley rooted band never really hit it big with their brand of sexified stoner rock before they disbanded in 1995, but with their legions of dedicated fans you’d never guess otherwise. That probably explains why when they announced their reunion tour, the die-hards came out in droves. Of course since ex-guitarist Josh Homme is no longer in the band, it’s not exactly the same (which is why it’s called Kyuss Lives! now and not Kyuss) but it’s pretty damn close.

But before the crowd could be wowed by Kyuss Lives!, they were revved up by openers Black Cobra and The Sword. Both bands weren’t particularly exciting to watch but they made up for that with their wall-to-wall sound. Black Cobra shook the entire ballroom with their machine-gun double bass and x-rated guitar distortion, while the always sublime The Sword brought their style of refreshingly real rock and flawless musicianship. Many people in the audience were there specifically to see The Sword, and it was easy to see why.

Finally, after the sweaty crowd chanted their name over and over again, Kyuss Lives! emerged. With bare-footed bassist Scott Reeder, new guitarist Bruno Fevery, drummer Brant Bjork, and a stoic-looking John Garcia taking the stage under a stream of 70’s candy-colored lights, fans simply went nuts. And when they launched into their first song, “Gardenia”, the overall anarchy of the venue rose by 100%. 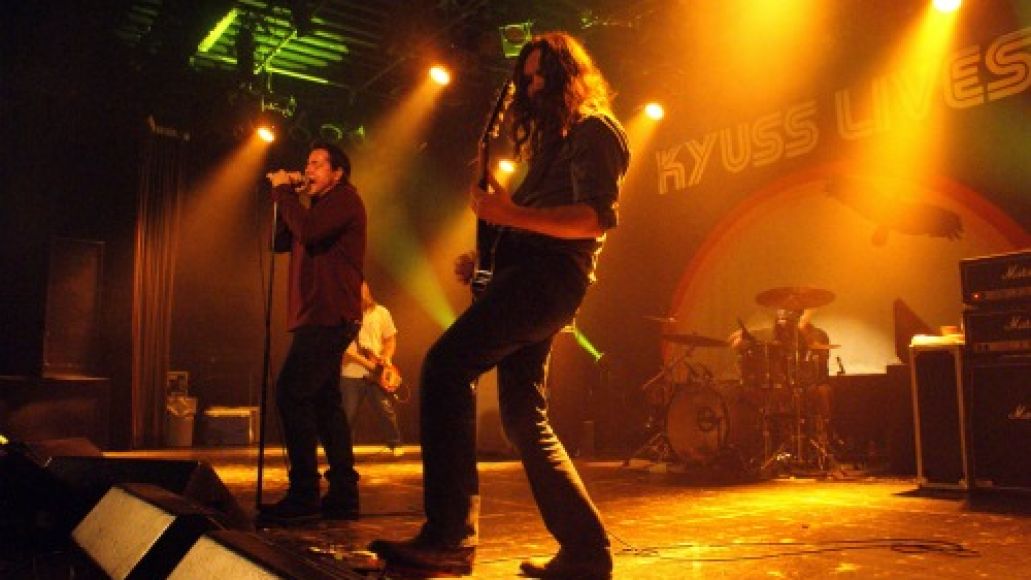 If anyone had any misgivings about the way Kyuss Lives! would sound after all these years, they were quickly corrected. Kyuss Lives! sounds great. Better than great, actually. Garcia’s distinctively gritty voice has only gotten better over time, while Fevery has done justice to Homme’s style, creating layers of downtuned, grinding, grunging power. Reeder and Bjork held down the rhythm section with a steady battering of beats and pulls. Their onstage performance and overall vibe shows that, while the boys have certainly grown up, it doesn’t take much to get back into those hair swinging days of playing in the dusty desert. The setlist was varied, playing the fan favorites like “Demon Cleaner”, “One Inch Man”, “Asteroid”, and “Green Machine” but they still managed to fit in some pretty epic jam sessions with Garcia watching on as the clouds of pot smoke acted as their own fog machine.

When the band finally finished their two-hour-plus set, the smorgasbord of fans were left breathless, sweaty and jubilant. Not only did their dedication and patience for a reunion pay off but with a new Kyuss Lives! album out in 2012, there will be more chances for them to have their ears blown out all over again.