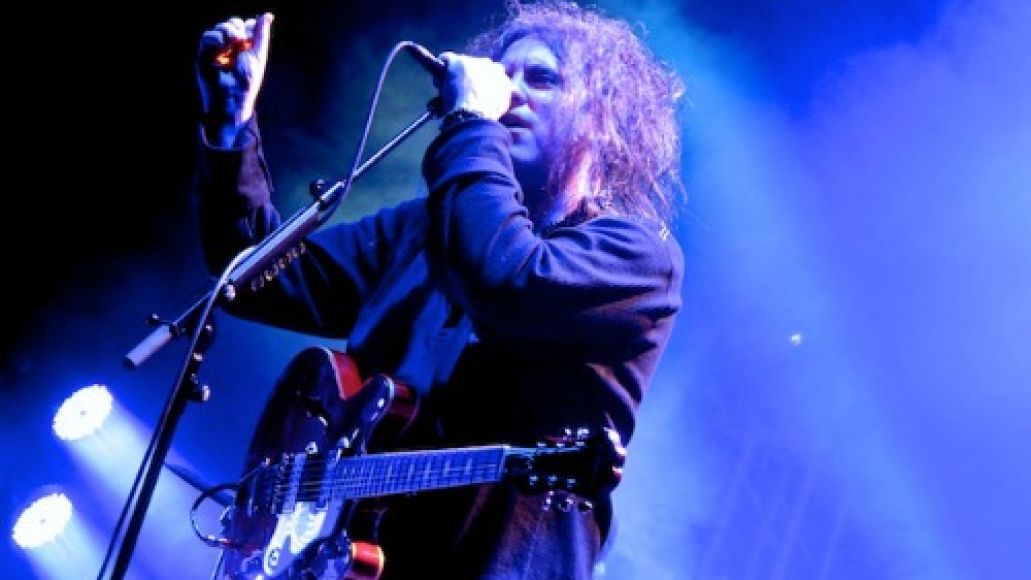 “I get the feeling since we’ve got here, that there are some people that come to these shows who haven’t quite figured out what we’re doing. So, I haven’t got the time or inclination to explain it. So if you don’t know what this is, ask the person next to you. This is 1979, just for a bit…” And with that, Robert Smith (vox/guitar/yes, still has famous hair and makeup and it works/he is also quite the guitar player), Simon Gallup (the most bad-ass bass guitar player with the smoothest moves), and Jason Cooper on drums (who should have been mentioned for the induction to the Rock and Roll Hall of Fame as he’s only been with the band for 16 years) ignited their “Reflections” night by diving headfirst into 1979’s Three Imaginary Boys – The Cure‘s debut album, but released in the U.S. as Boys Don’t Cry with the punky and catchy “10:15 Saturday Night”. The last of a three night residency at Los Angeles Pantages Theatre, the band hardly appeared beleaguered or exhausted; they were fully energized. Maybe it’s just their work ethic, though. After performing “Object”, Smith mentioned he was glad that he didn’t stop writing after that song. It was clear there were just a few songs Smith would have rather not performed. But hey, they were just young lads of 16-17. There was much much more to come.

In a short time, a more mature Cure emerged with 1980’s Seventeen Seconds, which brought deeper and darker songs. Roger O’Donnell took the stage on keyboards and shined during “Three”. Diehards were wondering why no one was singing during certain parts on “Play for Today”. “A Forest” had everyone in a frenzy with Gallup’s signature beats and “M” was as tight as can be.

Original member, Lol Tolhurst joined the stage for one of the most beautifully written albums, 1981’s Faith. “All Cats are Grey”, “Drowning Man”, and “Faith” tugged at the heartstrings with soft spotlights. “Funeral Party” and “Doubt” were strong and mixed just right. 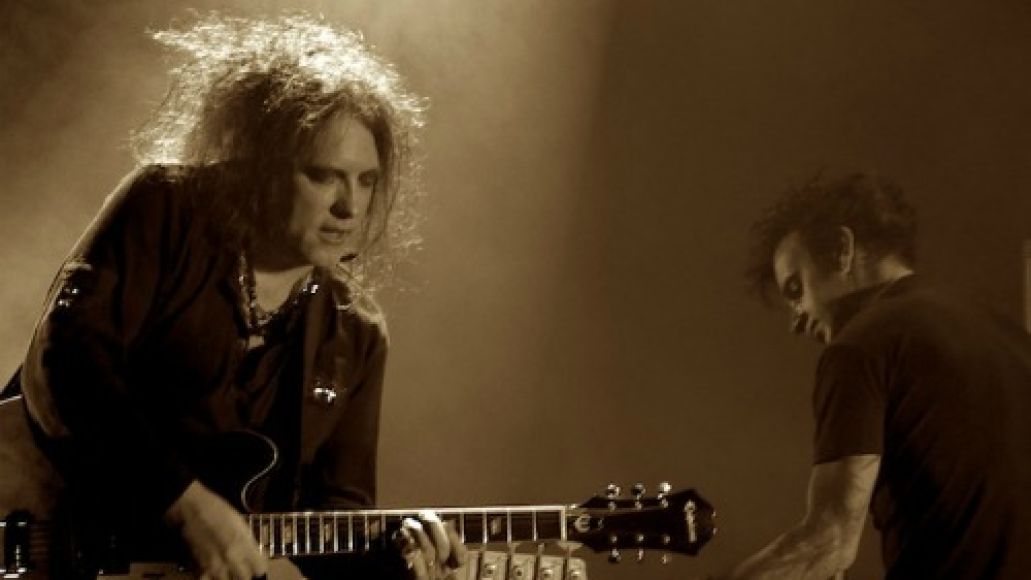 But The Cure didn’t stop there and they never do. There were three encores packed with fan favorites and B-sides. “I’m Cold”, “World War”, and “Splintered in Her Head” were brilliant. Cooper and Tolhurst were slapping skins with perfect precision in “Hanging Garden”.

Smith’s choice of The Pantages Theatre in Los Angeles was a wise one. The sound and lighting were perfect for them to play in the intimate and beautiful theatre. It would not have been the same in a concert arena for these albums. Unless you’re a bit of a diehard Cure fan, 80’s hits like “Love Cats”, “Let’s Go To Bed”, and “Boys Don’t Cry” were pretty much the only ones that would have rung a bell. So if you were wondering what all the fuss is about, now would be a good time to take a listen to their first three albums. And from there, keep listening because they’ll be back.