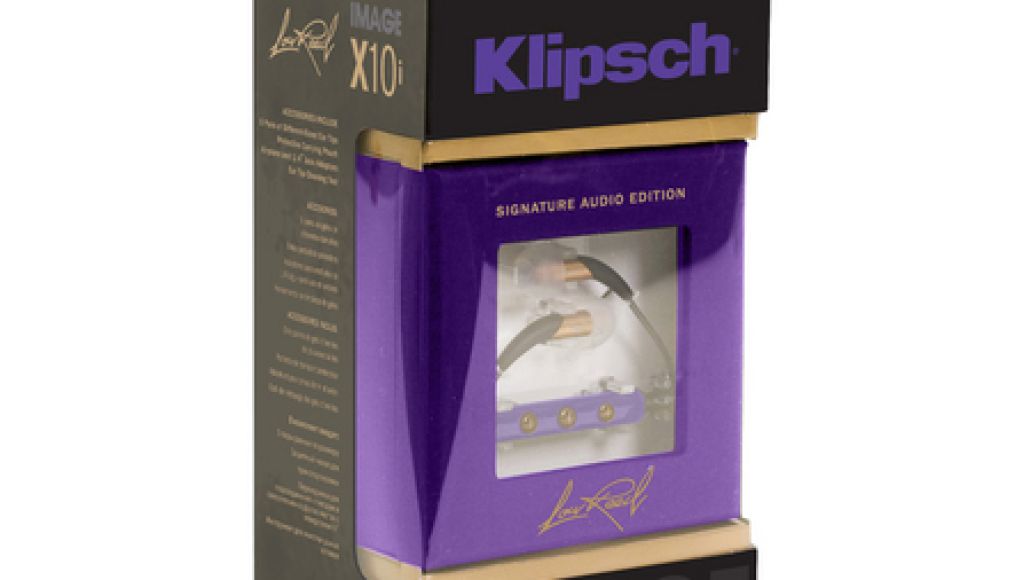 If you ever wondered what Lou Reed was hearing in his ears when was recording Lulu, wonder no more. Following in the footsteps of Dr. Dre and Daft Punk, Reed has partnered with Klipsch for his own variation on their X10i line of earbuds (via Exclaim!).

Available next month for the price of $399.99, Lou’s earbuds come with a three-button remote and 360-degree microphone. In addition, every package includes a Lou Reed autograph, and the first 50 buyers will receive an unidentified album, also signed by Reed. Presumably it will be one of Lou Reed’s albums, but here’s wishing it’s absolutely not one of Lou Reed’s albums.

Says Reed in an issued statement: “I have been a fan of Klipsch for eons. I enjoy the beauty of the unhyped bass — the clarity and depth of detail and extraordinary comfort of the headphones. These are my Klipsch. Serious headphones for the serious listener.”

Pre-orders for the earbuds are now ongoing via Klipsch’s website.

Lou Reed gets his own headphones