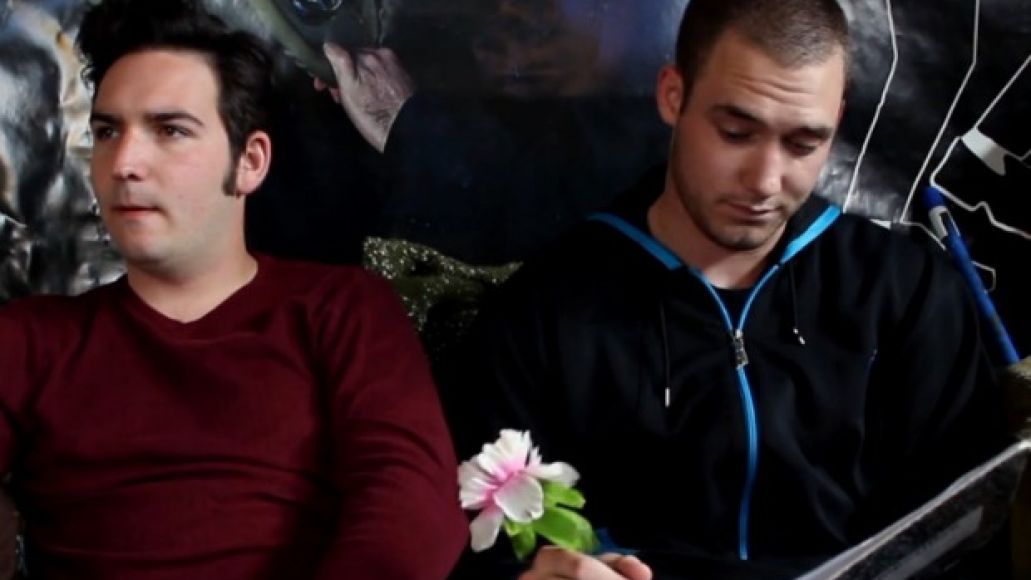 Starting a band is difficult. Shooting a webseries about forming a fictional band is equally as difficult. In an effort to get Season two of Cluster One‘s own No Cover from the drawing board to your computer screen, creators Ted Maider and Scott Robert Waldvogel have launched a Kickstarter crowd-funding campaign. So, if you want to see Marshall and Randy struggle to set up their debut LP, or just argue their way into a breakup, head here, donate a few bucks, and become an integral part of the project.

If the joy of watching the ups and downs of forming an indie band isn’t enough, backers will be treated to an array of awesome incentives for parting ways with their hard-earned money. For just $1, earn a personal thank you from a cast member, but for $50 receive a Sexplosion tee, some bumper stickers, and the DVDs and soundtracks from both Season one and two. And if anyone has $200 burning a hole in his/her pocket, throw it the guys’ way for a cameo appearance during the upcoming season. Check out the Kickstarter page for all details.

Below, you can watch season one in full.