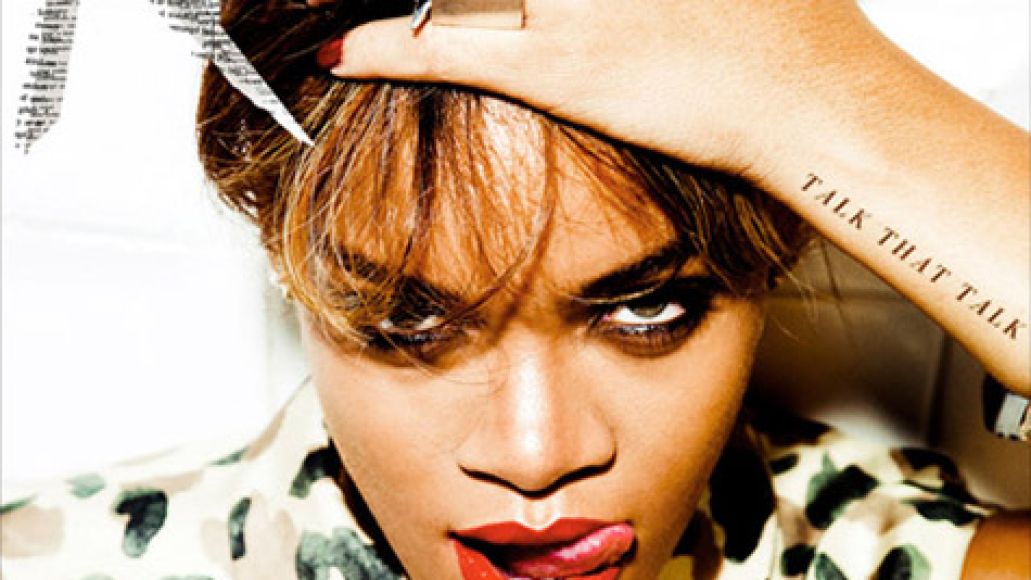 Rihanna’s new studio album, Talk That Talk, is out November 21st via Def Jam. Today, the pop superstar revealed the album’s tracklist on her Facebook and you can find it listed below. Though no guest features were announced, Rihanna reports on her Twitter that there’s only “one feature on the album. And we got the best.”

Also below is the video for the album’s previously revealed lead single, “We Found Love”.