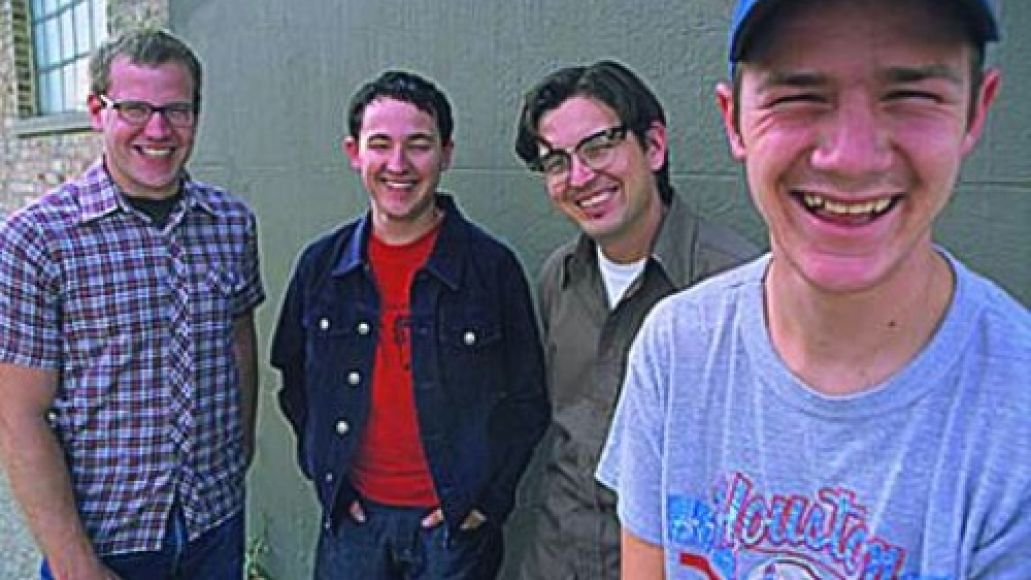 Almost six years to the day, Milwaukee’s emo pop pioneers The Promise Ring played a one-off reunion show at the Flower 15 Festival at Chicago’s The Metro. Now, 10 years since the their initial disbandment, the band has announced a return to the venue as part of a two date (upgrade!) “test” jaunt in February 2012, reports The A.V. Club. The first show will be on the 24th in their home town’s Turner Hall, with The Metro show occurring the following day. Tickets go on sale November 25th, aka Black Friday.

Drummer Dan Didier (currently of Maritime with fellow TPR bandmate singer/guitarist Davey von Bohlen), implied the shows aren’t a promise of a full-fledged reunion. However, add in the revelation of a rarities collection planned for next summer from Dangerbird Records, and there’s still plenty of reason to be excited.

Below, check out the endearingly ’90s video for the Jimmy Eat World-approved “Why Did We Ever Meet?” from 1997’s Nothing Feels Good.