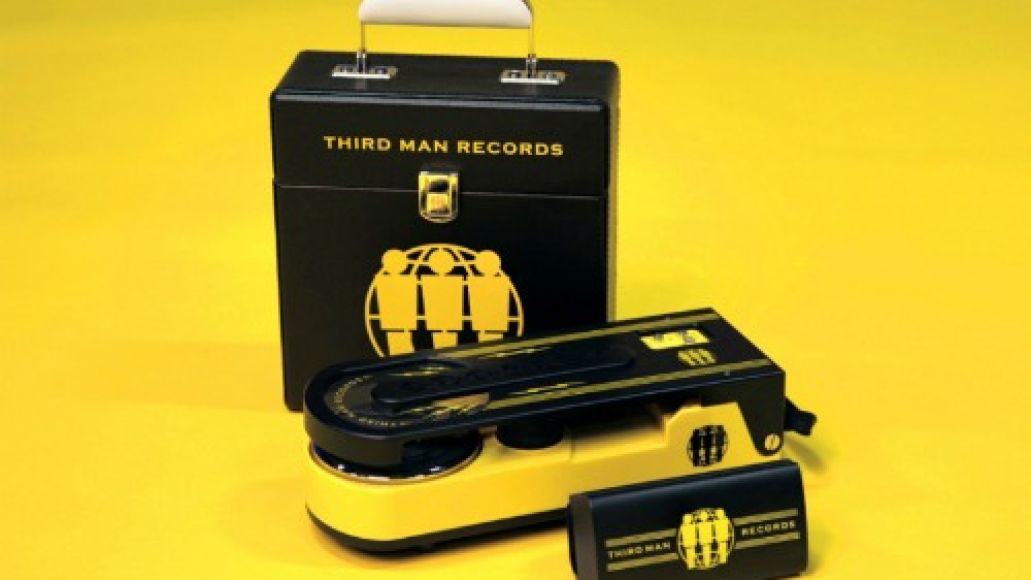 If you couldn’t tell from the obnoxious commercials and rampant sales everywhere, Christmas is on its way. Or, to be politically correct, “the holidays are here.” One store getting in on the fun is Nashville’s Third Man Records. As usual, they’ve announced a bevy of solid releases, dubbed a “winter bounty”, all for the inner Jack White enthusiast in us all.

First up are four reissued singles from The White Stripes: “The Big Three Killed My Baby” b/w “Red Bowling Ball Ruth” (TMR117); “Lord, Send Me an Angel” b/w “You’re Pretty Good Looking (Trendy American Remix)” (TMR118); “Candy Cane Children” b/w “Reading of the Story of the Magi”, “Silent Night” (TMR071); and “Hello Operator” b/w “Jolene” (TMR067). It should be noted that the first single has been out of print for over a decade, and its B-side is exclusive to this single.

Also included in this bounty is a 45 of actor-playwright-poet Edgar Oliver (“In The Park” b/w ” Hunger and Light” (TMR121)), in addition to two singles by John C. Reilly: “Gonna Lay Down My Old Guitar” b/w “Lonesome Yodel Blues #2” (TMR112) and “I’ll Be There If You Ever Want” b/w “I’m Making Plans” (TMR113). The former sees Reilly working alongside Tom Brosseau, while the latter has him paired with Becky Stark. Both cuts feature Jack White, The Black Belles’ Olivia Jean and Fats Kaplin. Very cool.

And because it wouldn’t be a holiday wish list without some electronics, Third Man has also unveiled its custom designed Revolution compact turntable by Crosley (pictured above). With USB capability for both PC and Mac (y’know, so you can rip the audio on your computer), a belt-driven turntable, 33 1/3 and 45 RPM speeds for 7inch or 12-inch records, a headphone input, and an FM transmitter with full range stereo speakers…really, what more could you ask for?

Check out Third Man Records for more information regarding release dates and pricing. But, above all, start amending that list of yours. Now.