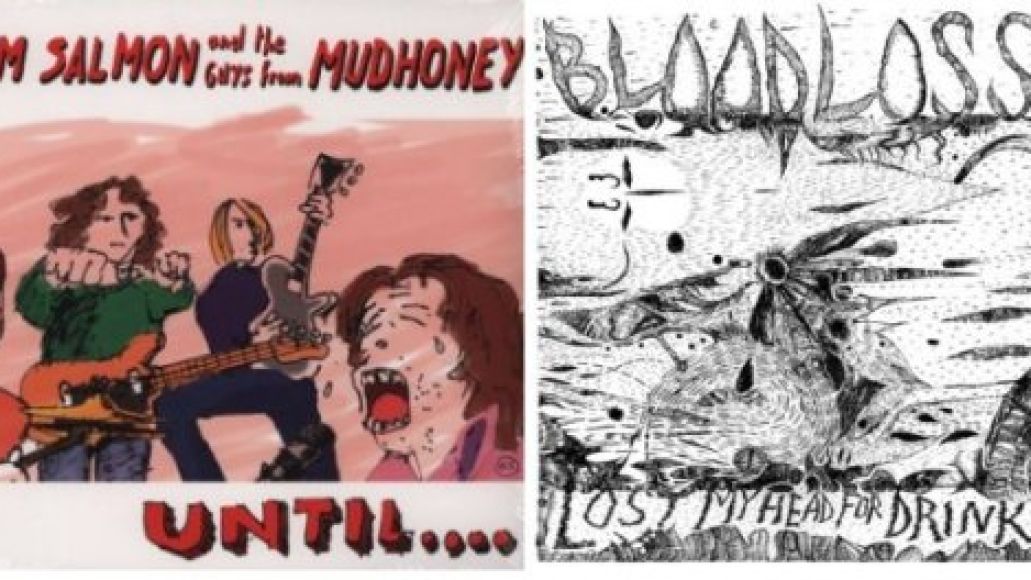 Although they recently served as openers for Pearl Jam’s 20th anniversary tour, fellow Seattle, WA grunge band Mudhoney haven’t dropped an album since 2008’s The Lucky Ones. However, two Mudhoney-related records from the annals of history have now emerged, and they’re both must-haves for diehard fans (via Buy These Records).

The first effort, entitled Until…, is a collaborative effort from 1995 featuring Mudhoney and Kim Salmon of the Australian post-punk outfit The Scientists. The group, aptly labeled Kim Salmon and the Guys from Mudhoney, placed the album on the shelf indefinitely, but after meeting back up at ATP New York in September, the alt. rock collective have made the album available worldwide. U.S. residents, snag your copy via Forced Exposure.

The second Mudhoney-related disc is from Bloodloss, an old side project featuring Mark Arm and Guy Maddison of Mudhoney in addition to members of Lubricated Goat and Monkeywrench. Dirty Knobby Records, who is handling the release, described the effort as “scuzzed out, spastic jazz-influenced grunge punk-blues with one foot in the garage and both legs in the swamp.” Check out “Another One Of You” from the Bloodloss album below.