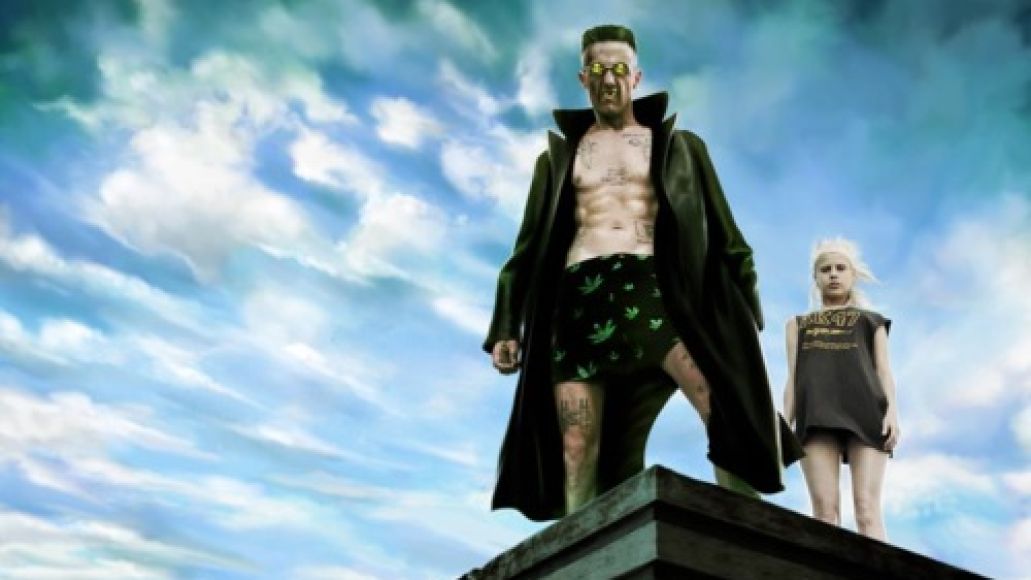 Since first hitting the scene, South African rap ensemble Die Antwoord have faced the wrath of a public unsure whether to tout them as genuine cultural mavericks or just another blogosphere joke. But proving that ninjas have integrity, the band announced on their official site (via BoingBoing) that they’d left Interscope Records after the industry giant began to exert more creative control.

“So anyway… Interscope offered us a bunch of money again to release our new album TEN$ION. But this time, they also tried to get involved with our music, to try and make us sound like everyone else out there at the moment,” the group explained. “So we said: ‘U know what, rather hang on to your money, buy yourself something nice…we gonna do our own thing. Bye bye’.”

With the label change, Ten$ion will be released on the band’s own Zef Recordz and will be available in digital form and on flash drives (“because CDs are like motherfucking VHS.”) For a first taste of the album, check out the anti-authority video for the first single, “FOK JULLE NAAIERS”, below; that track is also available for free download here.

Stay tuned for more on Ten$ion as it’s announced.