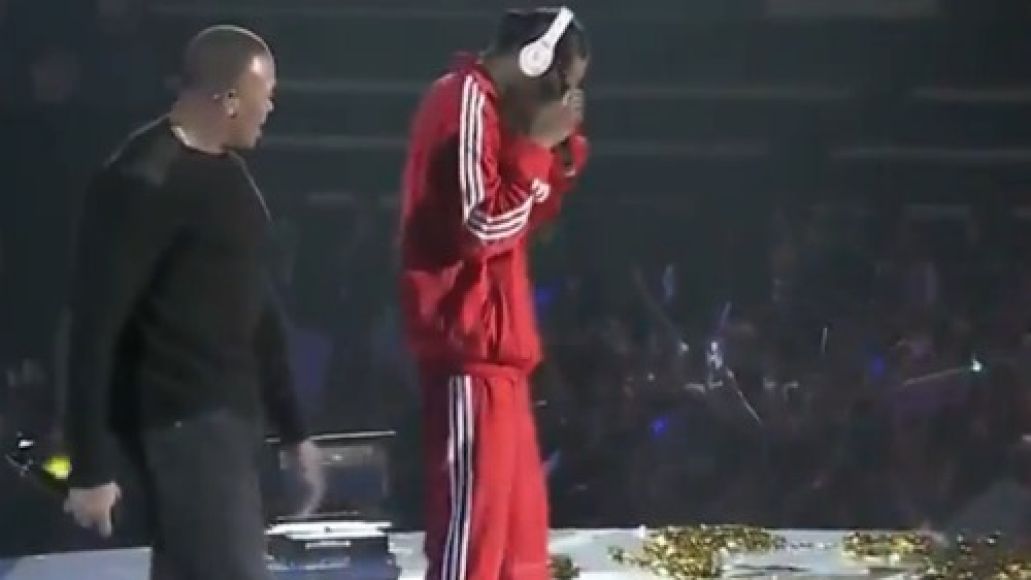 Want to feel slightly geriatric? Dr. Dre‘s 2001 is 12-years-old. Yes, it’s been quite awhile since Dr. Dre and Snoop Dogg were hittin’ them corners in them lo-los. But at last night’s 2011 Mnet Asian Music Awards, the duo reunited on TV for the first time in a decade to perform the album’s classic single, “The Next Episode”. In their attempts to transplant a little West Coast bang to the people of Singapore, the pair found that gangster rap isn’t like riding a bike, encountering their own share of awkward moments and polite crowd reactions. But, hey, at least they got to schlep Beats By Dre. Check out the video replay below (via Prefix)

Video: Dr. Dre and Snoop Dogg bring "The Next Episode" to Asia