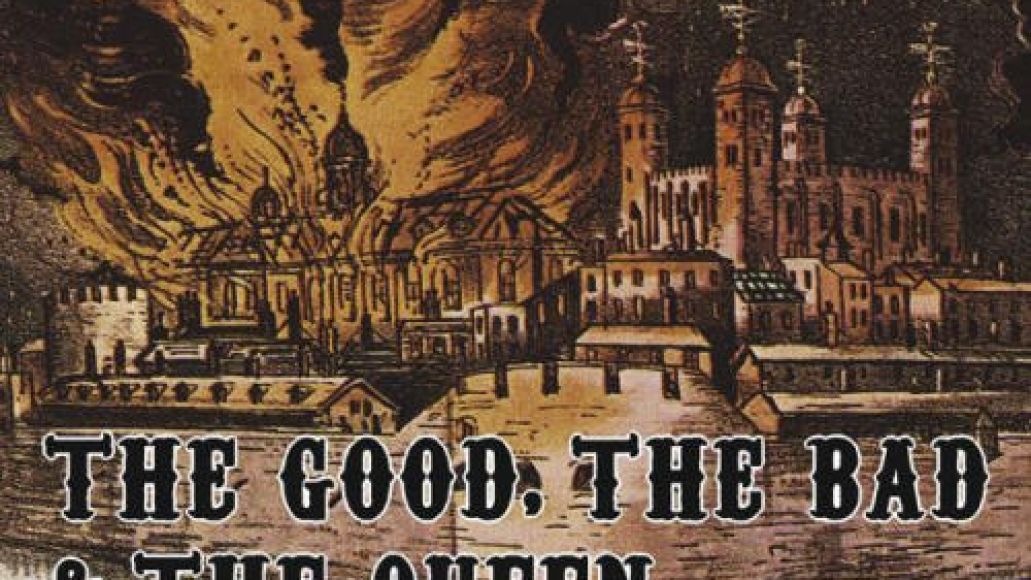 The Good, The Bad & The Queen — the supergroup comprised of Damon Albarn, The Clash’s Paul Simonon, The Verve/Blur’s Simon Tong, and afrobeat drummer Tony Allen — delivered their first live performances in over three years with a pair of gigs in London on Thursday night. As Gorillaz-Unofficial reports, both shows came in celebration of Greenpeace’s 40th anniversary, with one taking place on the deck of the charity organization’s new ship, Rainbow Warrior, and the other at the Coronet Theatre.

Below, you can find a few live clips from both performances, including one which sees Albarn and co. covering a song from one Albarn’s many other ventures: Gorillaz’s “On Melancholy Hill”. You can also watch the band perform two originals, “The Northern Wale” and “Herculean”, and see what it was like to hear The Good, The Bad & The Queen playing on a boat from far away.

The Good, The Bad & The Queen have no other live tour dates currently scheduled. However, Albarn has hinted at the possibility of a new studio album, the follow-up to the band’s 2007 self-titled debut.

Video: The Good, The Bad & The Queen cover Gorillaz