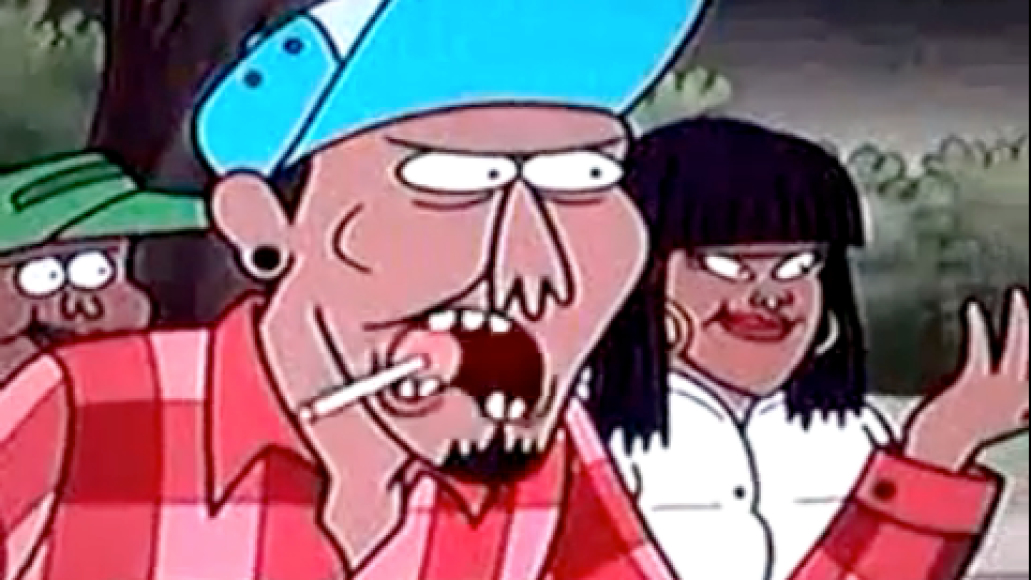 Tyler, the Creator may have a TV show in development with his OFWGKTA collective for Adult Swim, but he’s already made his Cartoon Network debut. Alongside fellow hip-hop riser Childish Gambino (aka Donald Glover, center) and rap icon MC Lyte (right), Tyler was featured on Monday’s edition of Regular Show. During the episode, aptly titled “Rap it Up”, the trio make up the CrewCrew, who get into a rap battle with the show’s main characters: a Jewish bluejay, a squirrel thing, and an old man with a giant, bulbous head. Watch the video replay at Odd Future Talk.

That’s how you do animation, Jay-Z.