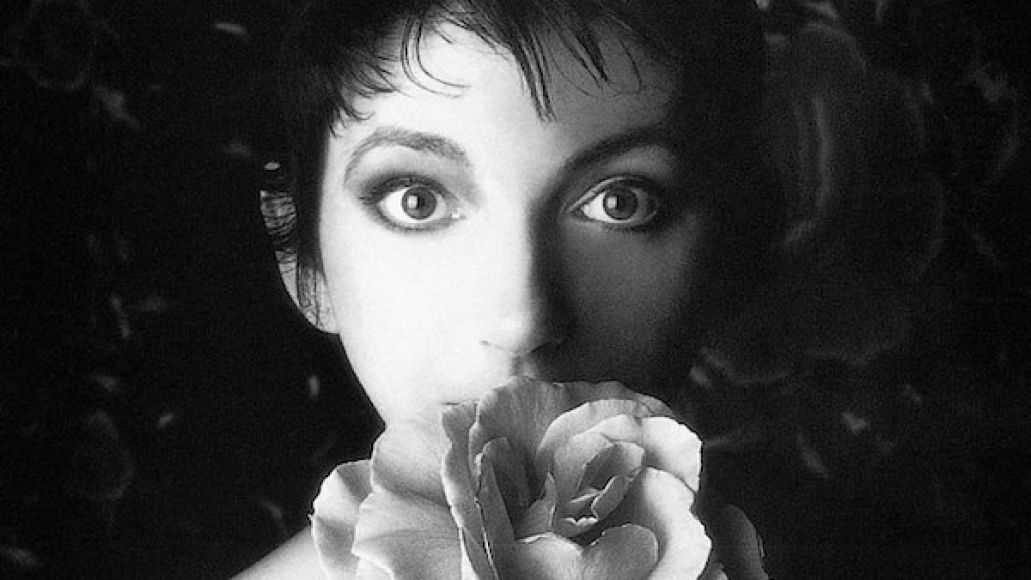 Responding to a question about crossing the dreaded age threshold of 30, Kate Bush replied, “Some said in your teens you get the physical puberty and between 28 and 32, mental puberty. Let’s face it, you’ve got to start growing up when you’re 30. It does make you feel differently…” Over the course of her career, Bush had grown increasingly personal with her material. With 1989’s The Sensual World, we are met with a more confident, secure, and adult Kate Bush. Though she has always exhibited mature themes in her music, on The Sensual World, she not only expands upon earlier themes like love and loss, but the approach she takes on topics like sex is also demonstrative of a more personal and intimate Bush. Coupled with smoother production and a broad palette of musical flavors that includes traditional Irish instruments, elegant string arrangements, and the Bulgarian folk trio, Trio Bulgarka, The Sensual World amplifies Bush’s penchant for writing delicately complex material while maintaining her progressive pop edge. Turning 30 may not have altered the artist’s perspective so much as focused it.

The entire album is informed and inspired by James Joyce’s novel Ulysses, with the title track originally meant to be the character Molly Bloom’s final monologue detailing her thoughts on sex and sensuality put to music. “I originally heard the piece read by Siobhan McKenna years ago… and we had this piece of music in the studio already, so it came together really quickly.” Unfortunately, Bush was not granted permission by the Joyce estate to do the song as she had originally intended. “Because I couldn’t get permission… it gradually turned into songs about Molly Bloom the character stepping out of the book into the real world and the impressions of sensuality; rather than being in this two-dimensional world, she’s free, let loose to touch things, feel the ground under her feet, the sunsets, just how incredibly sensual a world it is.”

Opening the album with the celebratory ringing of bells, the title track and first single released in the UK presented an eager British audience with a more grown-up woman than the one who left them last with Hounds of Love. Barely a moment into the song, Bush’s angelic ghost-like whisper caresses the instrumentation, easing your arrival into her realm. Not being given permission to use parts of Joyce’s novel in her song, Bush was forced to rework the piece. “It transformed the song. Obviously, the words had to change, but also the musical sections were completely different. By them being uncooperative, it made the track better in many ways, but it was very difficult to keep the rhythmic sense of the words.” In April 2011, after finally receiving permission from the Joyce estate, Bush re-conceived “The Sensual World” complete with Molly Bloom’s soliloquy, re-titling the song “Flower on the Mountain” and releasing it on The Director’s Cut. The single’s B-side, “Walk Straight Down the Middle”, was added to the compact disc and cassette releases as a bonus track.

It seemed that sometime around the making of The Sensual World, Bush’s label, EMI (and in particular, its US branch, EMI America), somehow “forgot” to renew her contract for US distribution. In doing so, the US market missed out on the album’s first and second singles. With this seeming lapse in judgment by the label, Bush jumped over to Columbia Records for the US market. Her debut single for the label was the album’s third and final single, “Love and Anger”. Written over the course of 18 months, Bush described the song as one of the most difficult songs to put together despite it being one of the first written for the album. Featuring blistering guitar work from her mentor, Pink Floyd’s David Gilmour, “Love and Anger” hit #1 on Billboard’s Modern Rock chart, becoming her only single to top any US chart.

Love has always formed Bush’s artistry. “In many ways, nearly every song I’ve ever written is a love song,” she said when discussing her philosophy. However, just because love is a common theme in her songs, it doesn’t mean its presence is always so black and white. “Never Be Mine” is often written off as a song about unrequited love; however, Bush herself describes it as “…the dream you want, not the real thing.” “Between a Man and a Woman” actually found its origin in a line from The Godfather when Brando’s character says, “Don’t interfere, it’s between a man and a woman.” “Heads We’re Dancing” spins a story of a young woman captivated by a charming, elegant man only to find out a few days later, upon seeing his image in the paper, that the man was none other than Adolf Hitler.

The entire album, though, is not all about love, sex, and/or sensuality. Songs like “The Fog” and “Reaching Out” revolve around children growing up and experiencing the adult world, with Bush’s own father speaking some of the lines. “Rocket’s Tail (for Rocket)” is simply a collection of images, originally inspired by Bush’s cat, Rocket, but with the end result having little to do with her beloved pet. Referencing the old-school modem connection noted by the lyric “I pick up the phone and go, execute,” “Deeper Understanding” reveals a somewhat prophetic Bush speaking of the isolation found in living life through a computer after being seemingly betrayed by humanity. (“As people grow colder/I turn to my computer.”)  That a critic revisiting this album a few years back criticized this song by asking, “What’s wrong with spending evenings on a computer, anyway?” demonstrates that her fears may well be true. Revisiting this song on 2011’s The Director’s Cut is simply apropos.

Bush characterized The Sensual World as containing the most “positive female energy” in her work to date. Relating Hounds of Love to The Sensual World, Bush stated, “It was important for me to get across the sense of power in the songs that I’d associated with male energy and music. But I didn’t feel that this time, and I was very much wanting to express myself as a woman in my music rather than as a woman wanting to sound as powerful as a man.” The album’s title track certainly embraces that sentiment, but nowhere is this attitude more apparent than the album’s original closing track, “This Woman’s Work”.

The second single released off The Sensual World, “This Woman’s Work” was originally written for the John Hughes film She’s Having a Baby. During the film’s dramatic climax, complications arise during childbirth that endanger the lives of both the mother and child. As the father sits helpless and alone in the waiting room, Bush’s music fills the air. “That’s the sequence I have to write the song about, and it’s really very moving… it’s exploring his sadness and guilt, suddenly it’s the point where he has to grow up.” Despite the happy ending in the film, with lines such as “I stand outside this woman’s work” and “Now starts the craft of the father” coupled with lyrics wrenching in guilt and loss, I have always interpreted the song as if the mother had died. Leaving the man alone to not only grow up and become a father, but to do the “woman’s work” of raising a child on his own, made the song all the more powerful to me. One of Bush’s most beautiful songs, she re-recorded this song as well for The Director’s Cut, reducing it to simply her voice and a piano.

The Sensual World demonstrated a marked growth in both Bush’s lyrical and structural composition. She not only surpassed the bar she had set with Hounds of Love, but also managed to come full circle with her art, returning to her literary connections while evolving her sexual identity from provocatively sexual to evocatively sensual.