Other Voices is more than a television series; in a way, it is a project that was born out of a need to showcase the diversity present within modern music, within Ireland, and ultimately, within the world. What makes it particularly special is that it has taken place every December since 2003, in the small church of St. James’ to an audience of 80 people, in the only village on the Dingle Peninsula, Co. Kerry, and is then broadcast earlier the following year on Ireland’s national broadcaster RTE (this year presented by actor Aidan Gillen of The Wire, Queer as Folk, Game of Thrones).

There are many special things about Dingle (or An Daingean as it is known in Irish); its pretty streets, the fishing history, Fungi the Dingle Dolphin, and the way that even the rain that (often) falls seems soft and poetic. This poetry (and the fantastic, empathetic crew that produce the show, South Wind Blows) is what has drawn an incredible array of artists to its shores over the years, from The National, Richard Hawley, Jarvis Cocker, Steve Earle, Elbow, Mark Lanegan, and The xx, to Irish artists such as Christy Moore, David Kitt, CaoimhÃ­n O’Raghallaigh, The Jimmy Cake, and Lisa Hannigan.

However, this year was particularly special, not only did Other Voices head for New York in late October, playing Le Poisson Rouge, and featuring contributions from Thomas Bartlett, The National’s Dessner brothers, Laurie Anderson, Sam Amidon, Martin Hayes, and readings from people like Paul Muldoon and Roddy Doyle, but they celebrated their 10th series this December with concerts in St. James’ from Thursday, December 1st to Sunday, December 4th.

This time marked a period of reflection for a project whose spirit is soaked in honoring the past while nurturing the present, and throughout the pubs and streets of Dingle, there were reminisces about some of Other Voices highlights over the years, including Amy Winehouse’s searing, deeply felt performance in 2006; with a personal highlight as hearing Billy Bragg in 2008 singing “On Raglan Road” in Benners (the hotel/bar across the road from the church), remarking it is probably “the best song every written about art.”

This spontaneity and specialness is what makes Other Voices a rare thing, and the ripple effects of its beauty can be felt all around Dingle; particularly this year, with the help of Intune Networks, an Irish technology company, who provide “groundbreaking” technology that allowed the performances to be beamed live throughout many of Dingle’s cozy pubs, providing an accessibility that is another hallmark of Other Voices‘ ethos, also evidenced in the performances from artists in various pubs (an extra strand this year), and this year’s new partnership with The Guardian, who streamed the last night’s performances live on their website, while also providing comprehensive coverage for the few days. 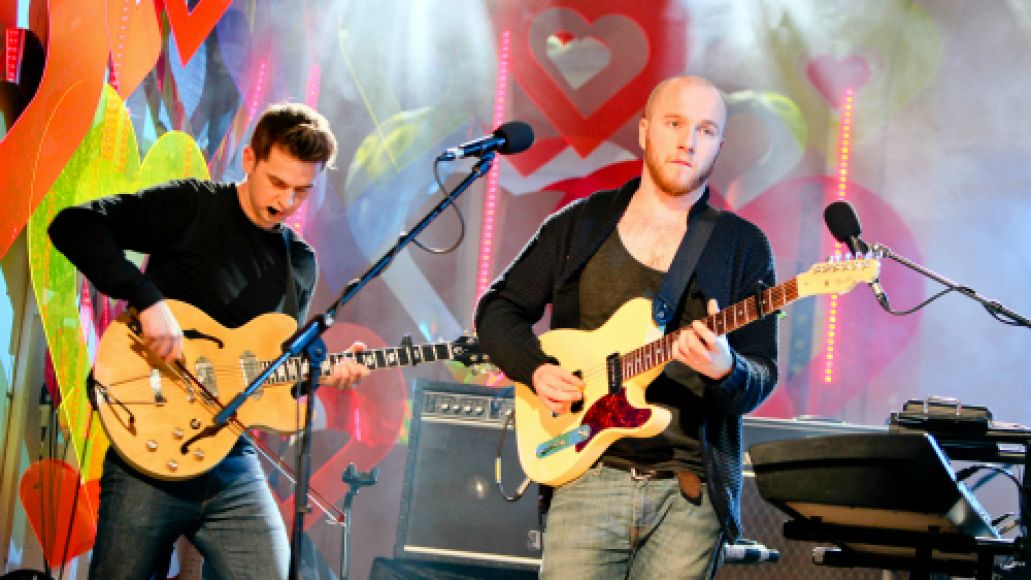 I have been to Other Voices many times, and Dingle countless times again, but this year I could only travel down on Sunday for the last night. However, I had heard excited reports about the previous evenings performances, with highlights from St. Vincent, Band of Skulls, Cold Specks, Triur, Cherry Ghost, Edwyn Collins and more, but the last night almost felt like a distilled vision of Other Voices, featuring performances from Ben Howard, Wild Beasts, Spiritualized, SBTRKT, and King Charles.

English singer songwriter Ben Howard began the evening delicately, with his gentle, yet quietly strident folk rock, playing songs from his debut record of this year, Every Kingdom, with “Black Flies” as a particular highlight. Then, from the quiet came the roar of Kendal’s Wild Beasts, who were introduced by Philip King (series editor) as “one of the world’s best bands” and they did not disappoint, performing various songs from their third record – this year’s Smother. They encased the audience in layers of melody, and unbelievably beautiful vocals from Hayden Thorpe and Tom Fleming, with the percussion acting as a kind of marker for their creativity, keeping everything afloat. It is thrilling to watch a band at the height of their powers, knowing that there is more to come, with songs like “Lion’s Share” and “Plaything” flying around the church like beautiful, glowing, musical fireflies. 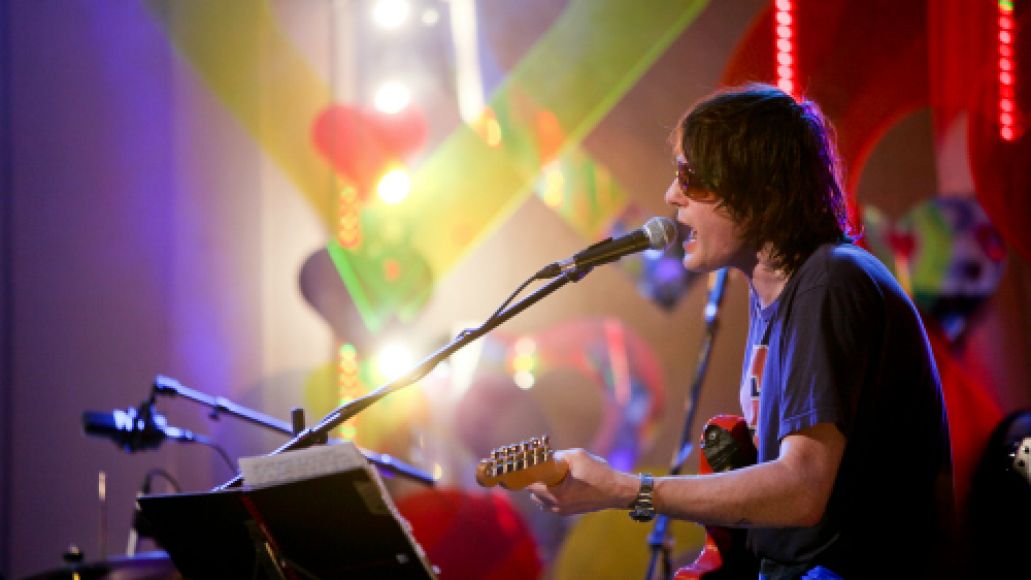 After a little break, and a hot port, we arrived back into the church for the hugely anticipated set from Spiritualized, a band that revolves in many ways around Jason Pierce’s (Spaceman 3) creative mind, yet which also completely relies on the potent chemistry that all band members seem to share. There is a strange grace about Pierce that is perhaps born from struggle, since this is the man who “technically died twice” when he became seriously ill with pneumonia in 2005; yet seeing him here, amidst the nourishing environment of St. James’, he couldn’t have felt more alive. The band previewed songs from their forthcoming record (out in February), and littered with limber guitars, they are winding, multi-faceted compositions replete with organ, gospel backing singers, and a melding of soul, psych-rock and everything in-between, with “So Long Pretty Things” and Amazing Grace‘s “Cheapster” as brilliant moments.

Then it was time for the last two artists, SBTRKT, performing songs from their self-titled debut record, and the intriguing King Charles – both signing off Other Voices 10 with genuinely great sets, tipping the hat to a wave of new and exciting talent. 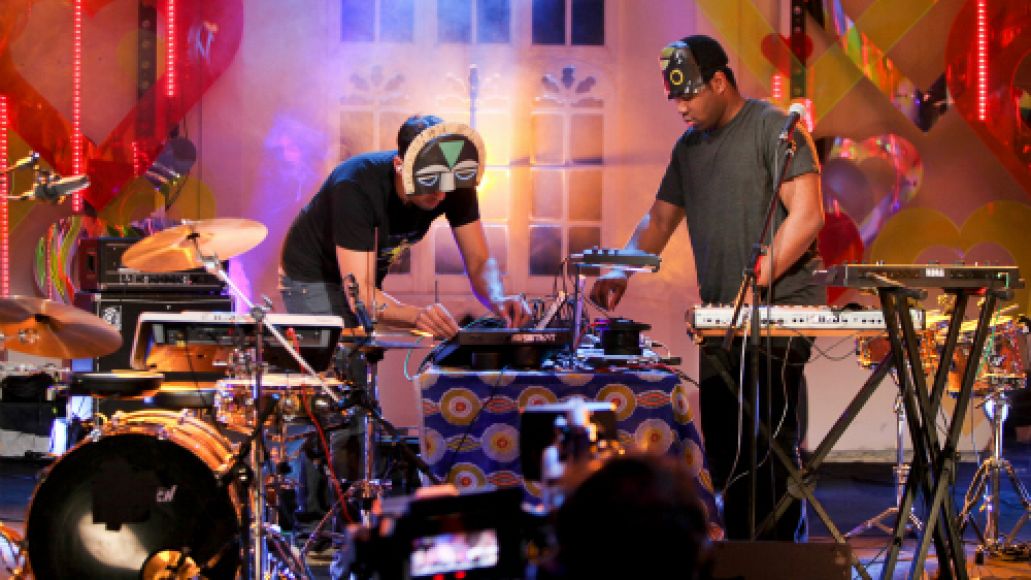 SBTRKT rattled the stained glass windows of the church with Aaron Jerome’s radiant electronic shape-shifting, ably aided by vocalist-musician Sampha. You could not only sense the focus, but see the sweat dripping off their faces as Jerome ran from drums to the table of electronic tools that make their music sound so complex and interesting, showcased in the dubby “The Coldest Stare” to the drum heavy “Wildfire”. 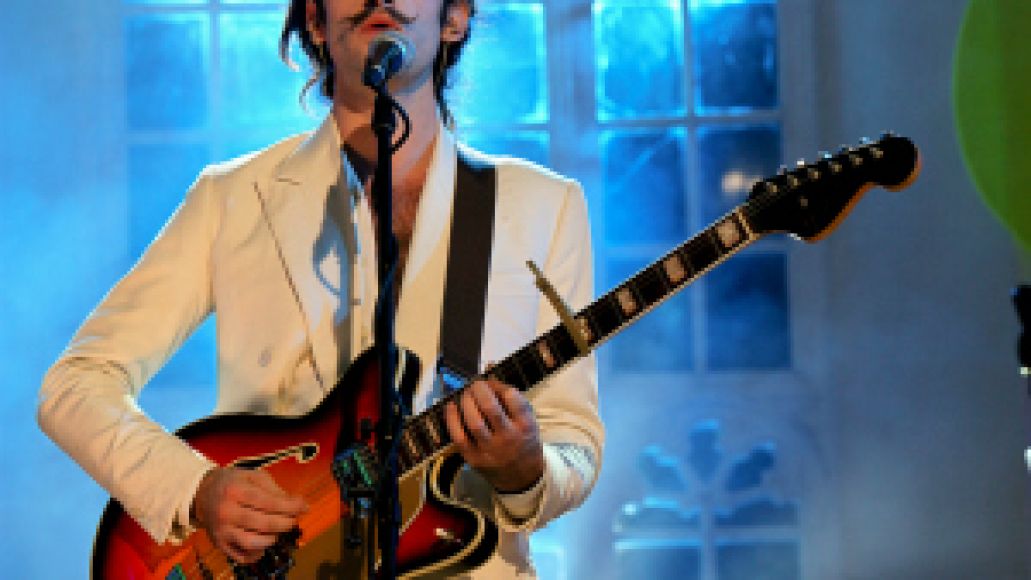 Then King Charles strode onto the stage, with a light suit, bouffant hair and twirly moustache, immediately gaining the attention of all that were present, with whispers of “who is this man?” flittering around the pews. Within seconds we were transported by his unusual version of what he calls “glam folk” which takes in tropicalia and folk, yet uses chamber music as a kind of touchstone. His pretty vocal made songs like “Love Lust” and “Mississippi Isabel” sound balmy yet bittersweet, bringing to mind Jonathan Richman, if Jonathan Richman started channeling a dandy-aristocratic-artist look. However, his bittersweet songs are also rooted in a particularly English pastoral tradition, that also includes Marc Bolan and Donovan, with flecks of Devendra Banhart’s sound- it is folk pop with panache, and psychedelic pop with pearls – just lovely.

And lovely is the appropriate word to describe the entire experience, from the dinners of mussels in white wine sauce, to the hot ports in Benners, to the sets in Foxy John’s (hardware shop doubling as a pub), to the wild Atlantic wind, the tin of Roses chocolates that gets passed around the church, to the obvious connection between musician, place, and audience. Over the years, Other Voices has made “otherness” something to be celebrated, shared and elevated, and continues to reminds us to do so, all year round.

Photography by Other Voices/Entertainment Architects.

Insight: Other Voices 10: One Last Night in Dingle, Ireland