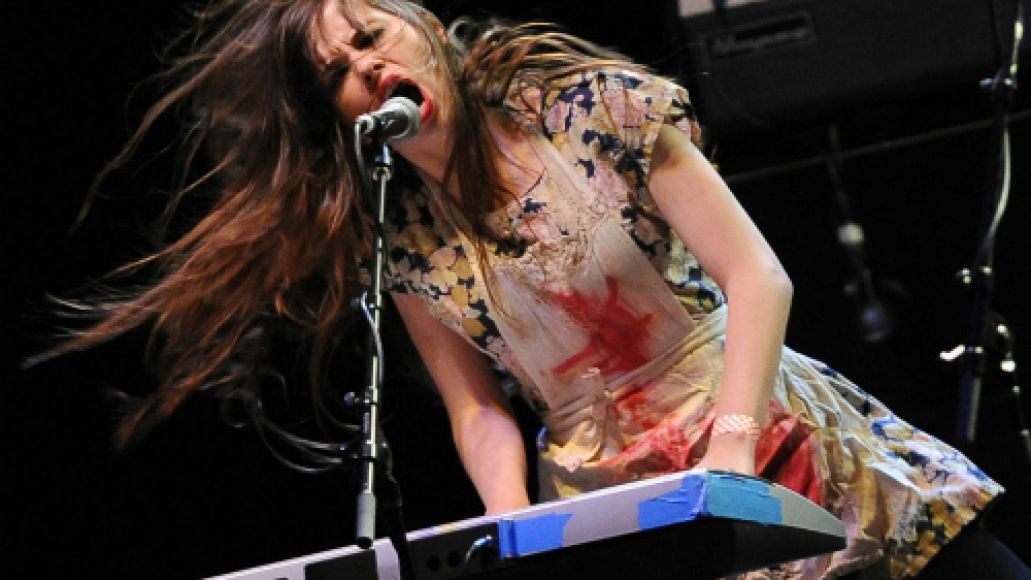 Photo by David B. Hall

Not even a broken foot could get in the way of Iggy Pop and his Stooges‘ utter destruction of the Hollywood Palladium. Granted, it took a couple months of rescheduling but the legend had no trouble making up for lost time, ripping through a career-spanning 17-song set to a capacity-crowd at one of Hollywood’s biggest venues. Support came in the form of Whitey Kirst and Le Butcherettes. The latter’s spiked garage-punk was especially well-received by a crowd who were all too eager to headbang and thrash about to the duo’s raucous tunes. Frontwoman Teri Gender Bender cut a ferocious figure as she danced frenetically between an old Casio keyboard and her guitar, while howling out the lyrics to fan favorites “Bang!” and “Dress Off”. Omar Rodriguez-Lopez (who produced the band’s debut record Sin Sin Sin) joined Le Butcherettes on bass for most of their set, though he stayed out of the spotlight, letting the rest of the band have the run of things. Bender ended the set with one last yell, a running start and a big dive into the crowd below. 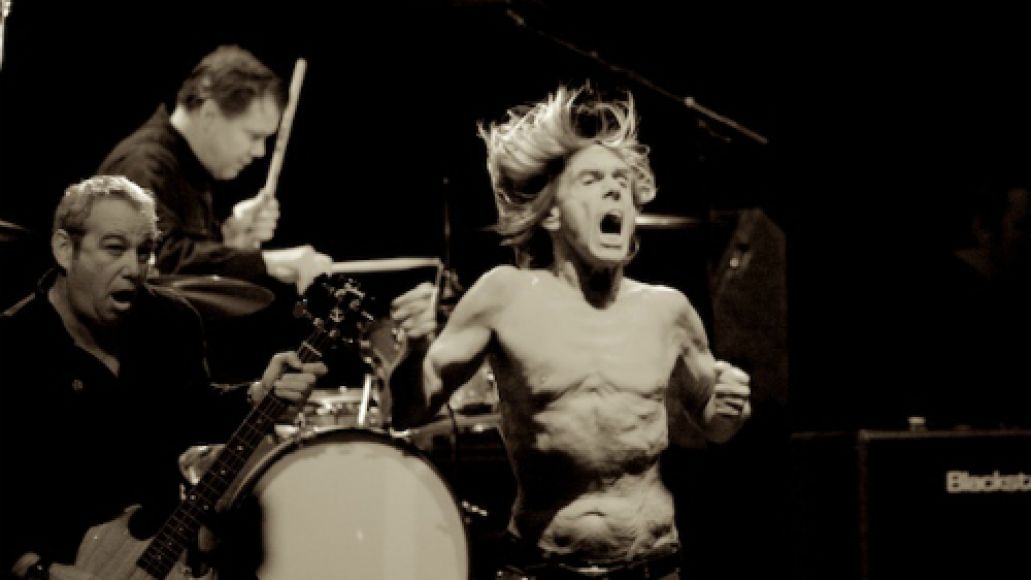 The largely leather-jacketed crowd literally erupted at the sight of Iggy Pop, who strode onstage and went straight for the mic, bellowing “Raw Power”‘s infamous opening command: “Dance to the beat of the living dead!” The audience duly obeyed, and before the Stooges’ first song was over, a maelstrom of a circle-pit had grown to engulf no less than half of the Palladium’s sizable hall. It only got wilder from there, with the one-two punch of “Search and Destroy” and “Gimme Danger” that followed driving the jam-packed theater into one sweaty, shouting, and slam-dancing mess.

Pop showed why he’s considered one of the all-time great showmen, transitioning between each of his songs with a memorable little lead-in, pointing into the crowd and saying “Oh, you’re all very pretty, but your pretty faces are going to hell!”, before the band broke into the ballistic start of the Raw Power classic. Before he announced “Shake Appeal”, he called out “Occupy Hollywood!” and invited “all the rockstars and movie stars to get their asses on stage,” eliciting a burst of cheers and a mad dash from most of the crowd to climb, crowdsurf, or otherwise push their way to the stage. 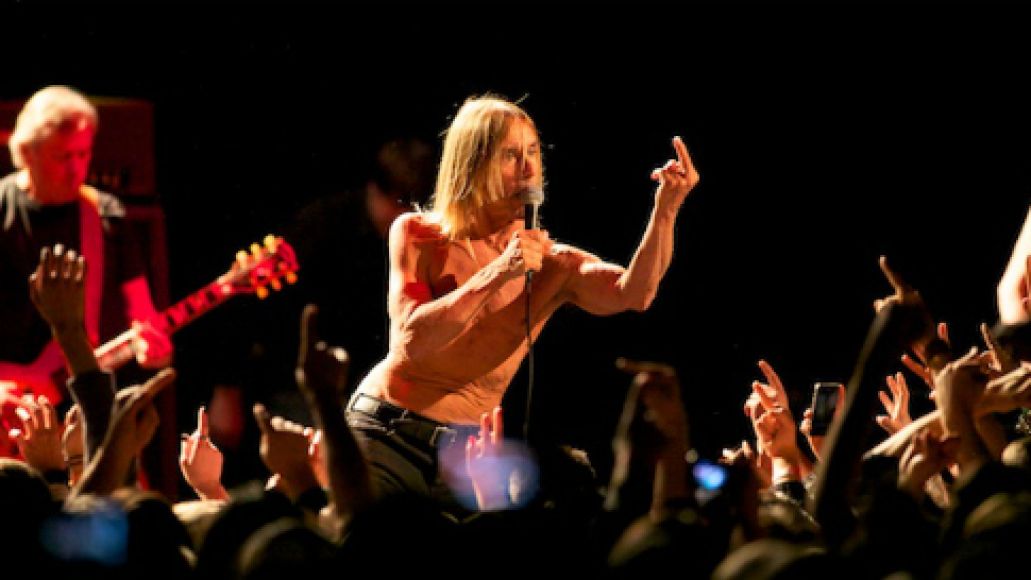 His all-star band – which included legends Mike Watt, James Williamson, and Steve Mackay on bass, guitar, and saxophone, respectively – were on point all night long, blasting through each hallowed track with a fire that made it hard to believe that many of these songs are more than four decades old. Iggy Pop himself appeared ageless, egging the crowd on with an energy that’d be alarming for someone half his age. By set’s end, just after he finished yelling the last line to the debaucherous-yet-apropos set closer “Cock in My Pocket”, Pop bowed in all his shirtless glory, signaling the mark of a true, timeless rock ‘n’ roll icon. Disappointment has no place with the Stooges – at least not live, anyhow.

Photography by Debi Del Grande and David B. Hall.

Setlist:
Raw Power
Search and Destroy
Gimme Danger
Your Pretty Face Is Going to Hell
Shake Appeal
I Need Somebody
1970
Fun House
L.A. Blues
Night Theme
Beyond the Law
I Got a Right
I Wanna Be Your Dog
Open Up and Bleed
Encore:
Penetration
No Fun
Cock in My Pocket
——

Gallery by Debi Del Grande and David B. Hall