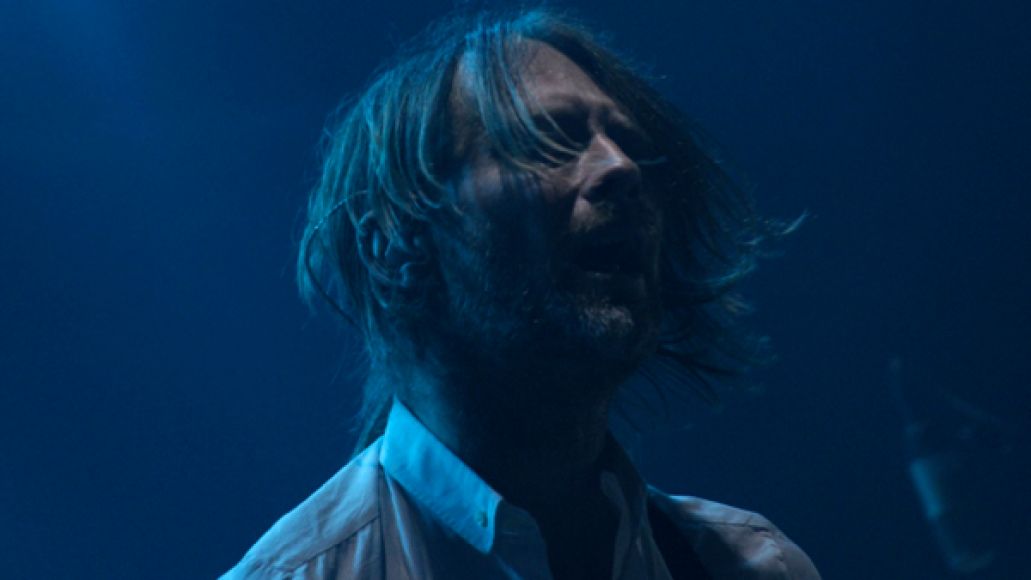 Radiohead has been rehearsing four or five new songs and hopes to perform them on their upcoming world tour, according to guitarist Ed O’Brien. The comments were made during an interview with XFM’s Mary Anne Hobbs on Wednesday, with O’Brien explaining “we’re feeling pretty vital right now… we’re trying to keep it creative.”

While O’Brien did not say whether said material would be released, frontman Thom Yorke did recently tell Rolling Stone that the band has plans hit the studio in December and January. The band’s 2012 tour is set to kick off in Miami on February 27th and currently runs until mid-July.

Of course, the news comes just days after Radiohead announced the release of two unreleased tracks from The King of Limbs sessions, “The Daily Mail” and “Staircase”. Recorded as part of the band’s in-studio performance The King of Limbs: From The Basement, filmed earlier this year, the tracks will be available mp3 and WAV formats beginning December 19th. Right now, you can preview “The Daily Mail” at We All Want Someone To Shout For.

Below, you can hear O’Brien’s interview with Hobbs (scroll to the :30 mark to hear him discuss the new material.) After that is the band’s updated tour itinerary.