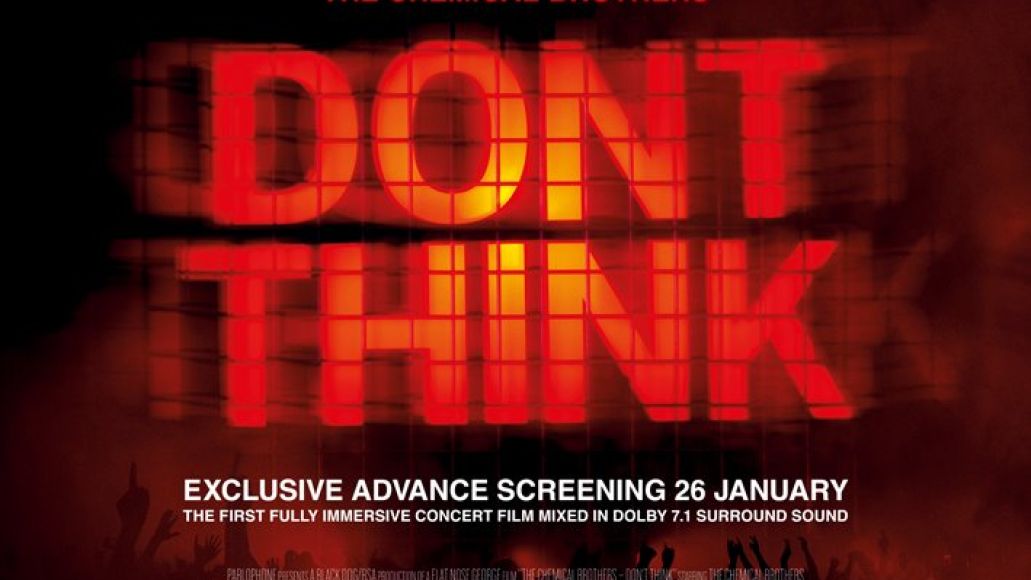 With high-quality concert footage of most bands easily accessible across the web, a concert film in 2012 better deliver on an entirely new level to make it onto the big screen. The Chemical Brothers, in tandem with longtime visual collaborator Adam Smith, have done just that with Don’t Think. Shot on July 31st, 2011, during the Chemical Brothers’ headlining appearance at Japan’s Fuji Rock Festival, Smith captured the entire set with 20 cameras, including angles from select fans as they explored the picturesque Naeba Ski Resort; this enabled the acclaimed cinematographer to immerse viewers from the fan’s perspective like never before.

Mixed by the Chemical Brothers themselves, Don’t Think is the first film to be presented in Dolby 7:1 surround sound. It is set to premiere on 50 screens worldwide beginning February 1st, 2012, with advance screenings taking place in 20 cities on January 26th. Click here to see the full list of screening locations, and watch the film’s teaser trailer below.