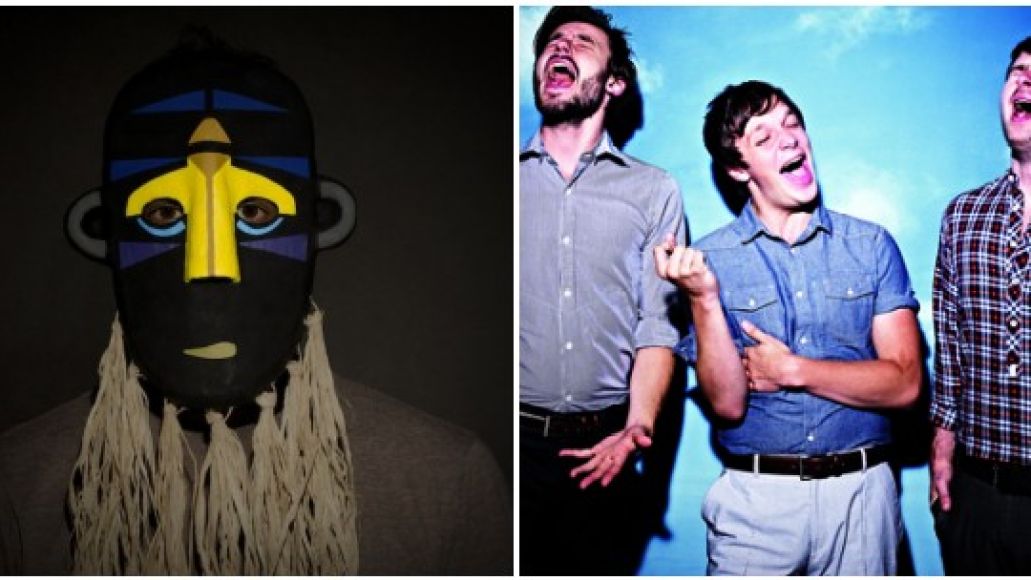 Last fall, UK super producer SBTRKT revealed plans to team with fellow countrymen Friendly Fires for his next record. “We decided to do a collaboration ’cause they were just really in to what I’d done on my record and vice versa,” he told Australia’s triple j. ”So that’s the next release I’m going to put out I think, which is my production and their musicianship with Ed’s vocals on top.”

While we wait for the end result of this partnership, you can hear their respective sounds converge via SBTRKT’s newly revealed cover of Friendly Fires’ standout “Blue Cassette”. The reworking was debuted today on BBC Radio 1’s Live Lounge and features frequent collaborator Sampha on vocals. Catch the replay below.