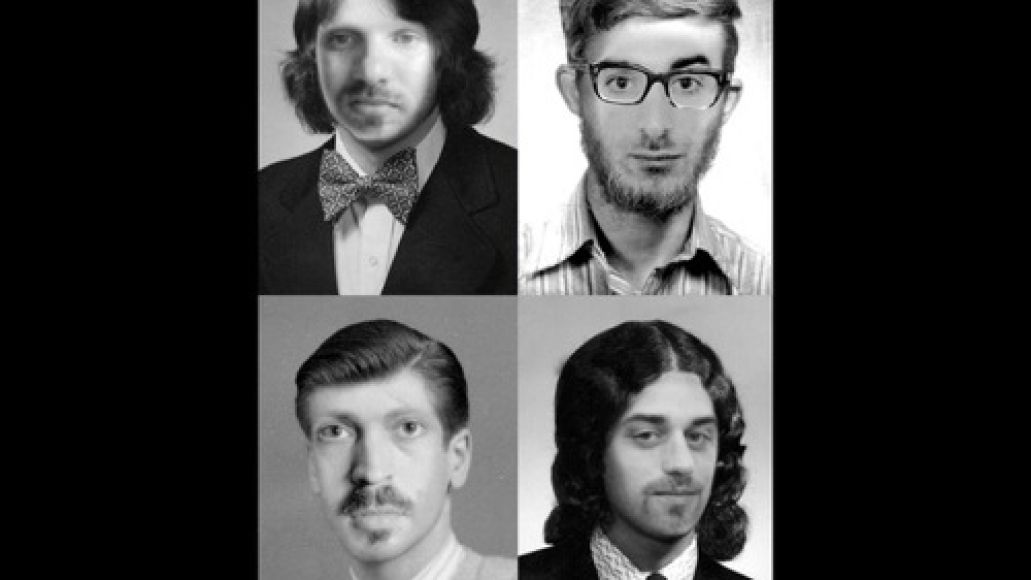 Sub Pop Records has signed a side-project from members of one of the most successful and beloved acts on their roster, Fleet Foxes. Bassist Christian Wargo and keyboard/mandolin player Casey Wescott have joined brothers Ian and Peter Murray of The Christmas Cards to form Poor Moon. Their debut EP, Illusion, is due out March 27th.

The project began as a long-distance demo session while Fleet Foxes were on tour behind their 2008 self-titled debut, with the brothers Murray located in Seattle. Under monikers such as Rabbit Kingdom and Cookie Mask, the band played around the Seattle house party scene before settling on Poor Moon and getting snatched up by Sub Pop.

Their (final) name is derived from frontman Wargo’s favorite song by Canned Heat. It’s a suitable handle, as Poor Moon’s sound relies more on that band’s ’70s boogie-blues jangle for influence than anything Fleet Foxes has done. Using the widget below, you can download a sample of that new sound in the form of the track “People In Her Mind”. The complete Illusion tracklist and Poor Moon’s already fairly extensive tour schedule are underneath the song.

Update: In more Fleet Foxes-related news, Pitchfork points out that longtime drummer, J. Tillman, has decided to leave the band. “Farewell Fleet Fans and Friends. Back into the gaping maw of obscurity I go. Tokyo is my last show with the Foxes. Sorry if I was distant and obtuse if we ever met. Have fun,” he wrote on his Tumblr.