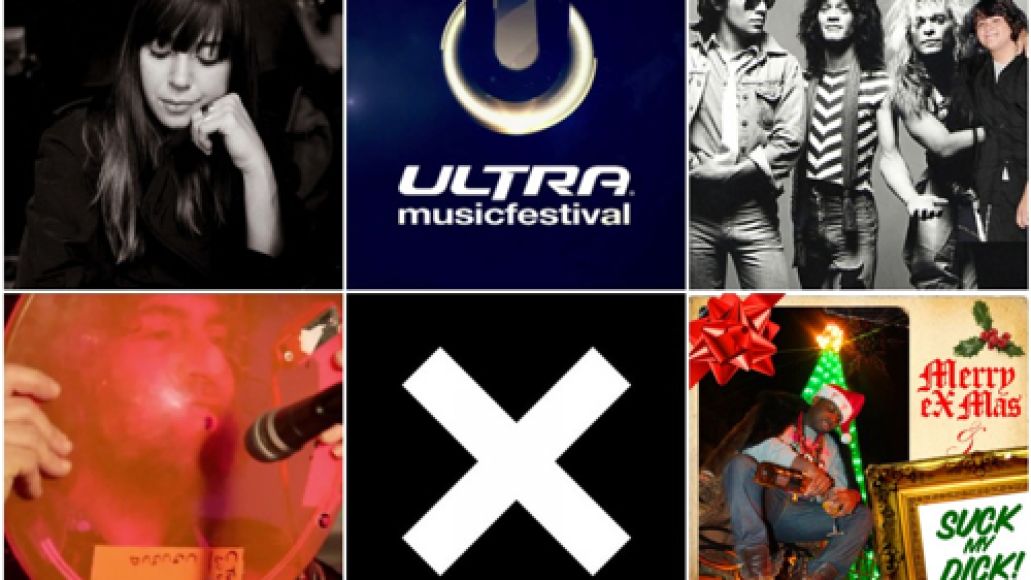 Here’s a revelation: the music industry never sleeps. One would think the holiday season would be a time of rest. “Only Santa works these hours,” your mother might have said ages ago. Not in the digital era. Not when Twitter enables artists to be their own publicist, label, and distributor. (We love you Patrick Stickles.) Consequently, yours truly spent Christmas afternoon stringing together the words “Merry eX-Mas and Suck My Dick.” Sorry, Mom!

Below you can find a recap of news coverage from the last two weeks. Among the major themes: Mixtapes, covers, and more money for Adele.

— Van Halen is going on tour.

— Watch The Flaming Lips‘ extra trippy cover of “I Am the Walrus”.

— Watch Jónsi‘s video for “Gathering Stories”, from his soundtrack to We Bought a Zoo.

– Memoryhouse kicked off their big 2012 with a cover of The Zombies’ ”This Will Be Our Year”.

— Cocteau Twins are reissuing their compilation album Stars and Topsoil: A Collection (1982-1990).

— Download the final installment of The Weeknd‘s mixtape trilogy, Echoes of Silence. Then read our review.

— That’s not the only “Video Games” cover we heard though; check out Silver Swans‘ wintery twist on the infamous track.

— Watch the video for Cat Power‘s newly reworked version of ”King Rides By”. An mp3 of the song is also available in exchange for a charitable donation.