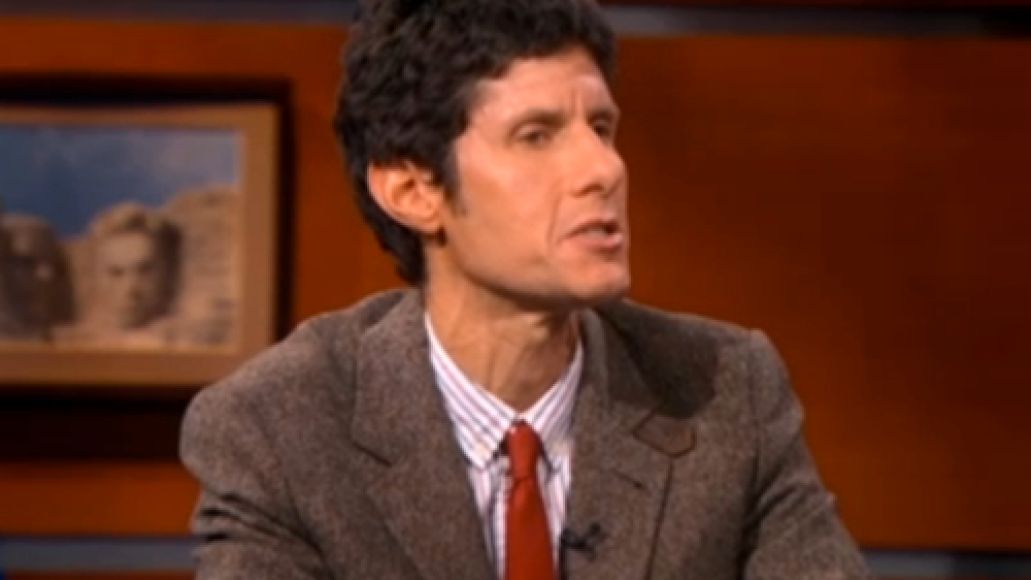 The big news from last night’s The Colbert Report was the launch of Stephen Colbert’s presidential campaign, though I would argue that plans for Colbert and Jon Stewart’s combination bagel shop/travel agency — From Schmear to Eternity — is some mighty awesome news, as well (watch all of the aforementioned unfold here.) But during the show’s second segment, Colbert sought to clear up a dispute between New York Times crossword puzzle editor Will Shortz and freelance writer Julieanne Smolinski over the usage of the word “illin'” with the help of Head Grammarian of the Beastie Boys, Mr. Mike D. The four-minute segment was rather wacky, and the rapper didn’t seem to take his eyes off the cue cards once. Still, we haven’t seen much of the Beastie Boys recently, so there’s one reason to check out the clip below. Another is to learn a little hip-hop history — “illin'” does not in fact mean “stupid, insane,” as Will Shortz believed it did. The more you know.