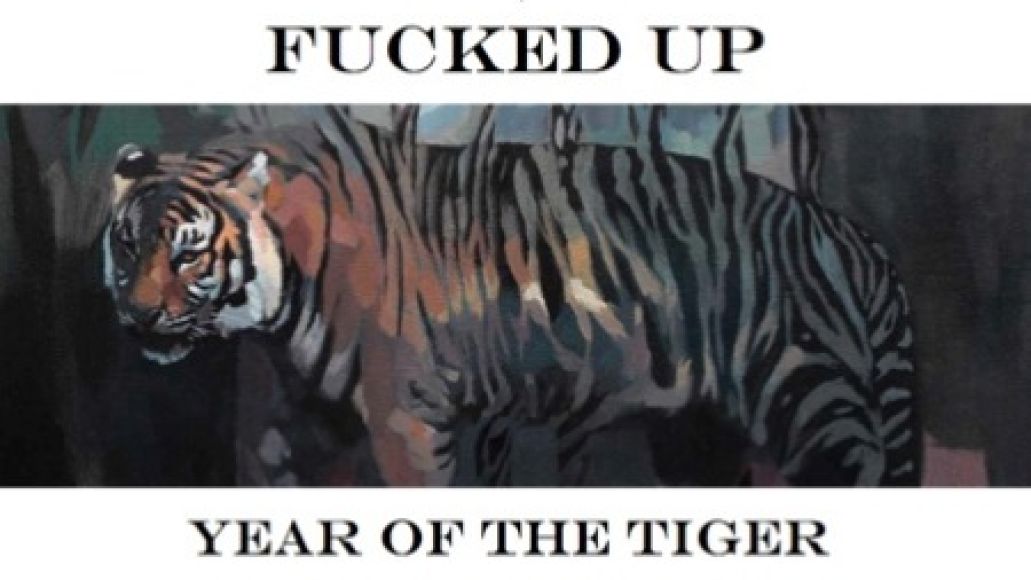 As reported, Fucked Up return this week with “Year of the Tiger”, the latest installment in their ongoing Chinese Zodiac singles series. Described by the band as “honestly one of the best things we’ve ever done,” the track spans some 15 minutes and features acclaimed filmmaker Jim Jarmusch, Austra, and Annie-Claude DeschÃªnes of Duchess Says. Stream “Year of the Tiger”, along with the four previous Zodiac singles, below.

The 12″ single, backed by a “22-minute long palindromic drone” entitled “ONNO”, is available now via Matador. A portion of the proceeds will go to the Save the Tiger fund.

Check Out: Fucked Up - "Year of the Tiger"