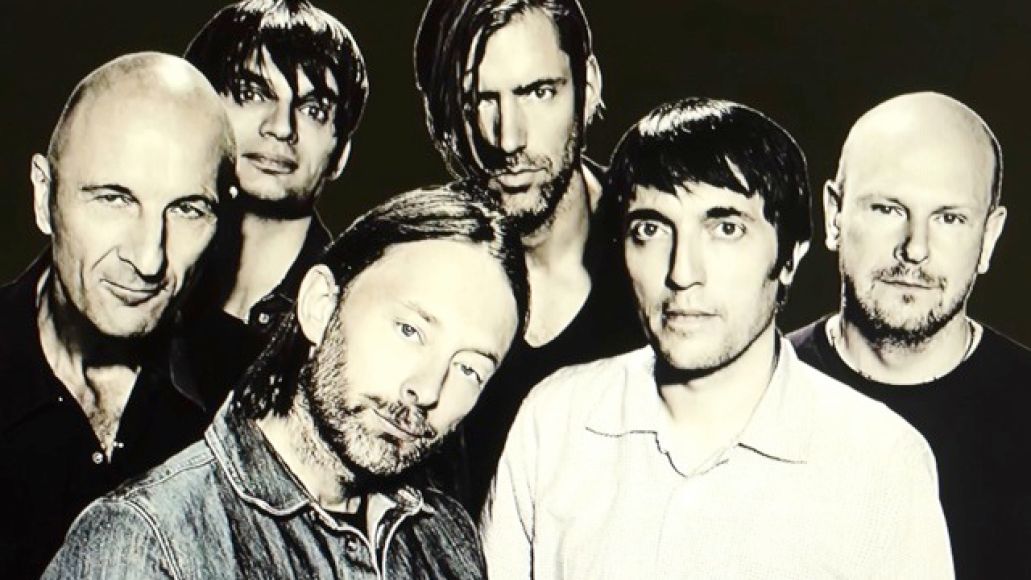 Few bands inspire the level of reverence by name alone like Radiohead. Fans and readers alike are all aware of the textual fervor that can erupt at the mere mention of anything related to the UK quintet. Case in point, their latest LP, last year’s The King of Limbs. Some loved it, some liked it, some loathed it – as a result, Limbs marks their most polarizing effort to date. Despite this fact, there’s still an enigma that lingers over the group, especially now as they’re about to embark on their first proper North American tour in nearly four years.

It took a year, but Radiohead finally has Clive Deamer’s attention and now quite the itinerary ahead of them. What starts on February 27th at Miami’s American Airlines Arena continues with dates across America, appearances at both Bonnaroo and Coachella, and a European tour to boot. The big question on every fan’s mind: What are the setlists going to look like? If we’re to draw from their New York gigs last fall (we will) and statements that their forthcoming setlists will cull from Limbs and 2007’s In Rainbows (okay, we’ll bite that too), then there’s limitations to what inclusions one should be hopeful for. Still, it’s Radiohead, and if there’s one thing they’ve trademarked it’s that they’re good with surprises, even despite the name of OK Computer‘s third and final single.

With that in mind, here’s a collection of tracks that their sometimes zealous fans [most likely] haven’t forgotten. One hopes the band hasn’t, either.

Radiohead’s landmark fourth LP, Kid A, remains a favorite in the eyes of many a Radiohead fan, and the band performs a healthy dosage off the album from time to time. However, this seven-minute anthem has been largely remiss from the band’s sets. In fact, according to Setlist.fm, it hasn’t been performed live since 2001. Anyone who’s had the good fortune of hearing it live will tell you it was one of the more memorable moments of the night, thanks to its haunting organ; so haunting that maybe it should be part of another CoS feature.

Yeah, “Go to Sleep” was the second single off of Hail to the Thief, which was, um, hailed at the time as a return to form. It was also a relatively big hit up in Canada, but the tune with the alternative title “Little Man Being Erased” hasn’t been played much since 2003. It’s too bad, because it’s one of their most creative efforts and deserves to be heard more than just between a pair of headphones, especially Jonny Greenwood’s Frankenstein-ish guitar solo at the end.

Off the band’s third EP, My Iron Lung, this 1994 outtake offers pure unadulterated ’90s grunge-pop. Its crunchy, jangly guitar chords and Thom Yorke’s wailing falsetto keep this track in limbo between 1993’s Pablo Honey and 1995’s The Bends. In a year where everyone’s championing bands like Cloud Nothings, this guitar-heavy track pummels by with little dust. Though, don’t hold your breath for it, considering it’s never been played live.

The almost steelpan-sounding rhythm that opens 2001’s Amnesiac is quite cool and insanely hypnotic, but tough to replicate live. In past performances, that island-traipsing percussion has been replaced by fuzzy guitars, the likes of which would make most garage bands insanely jealous. Now with Deamer on board, perhaps the band could shake things up a bit, and dish out the studio version most fans adore. As you can see above, either version would work well.

It’s pointless to try comparing the Radiohead that made Pablo Honey and even The Bends to now, particularly the whisper-quiet The King of Limbs. Long gone are the days when they were just another loud, struggling British band squinting at crowds in bright daylight at outdoor festivals around Europe. But man, could Radiohead ever rock out when motivated. And is that…moshing I see? Doubt we’ll be seeing much of that in 2012, but “Ripcord” sure would be nice to hear again.

If you’ve never seen Radiohead’s concert video Live at the Astoria (still their only one to date, excluding From the Basement, which was taped in an audience-less studio), you’re missing out on a band on the verge of greatness. One of the better cuts in the 17-song set is “Black Star”, although it’s performed differently from what ended up on The Bends. It’s pretty cool how Yorke just jumps right into it as opposed to the fade in intro we would come to know later on.

It was a sad day in Indieville when we learned last fall that Kim Gordon and Thurston Moore were separating after more than 25 years of marriage. I think it would be a fitting tribute if the band resurrected their most Sonic Youth-influenced B-side for their upcoming tour. (Like “Lewis (Mistreated)”, “Permanent Daylight” can also be found on the My Iron Lung EP.). Plus, it may mend some fences that were damaged when Gordon criticized Radiohead’s In Rainbows “pay want you want” model a few years ago.

As previously mentioned, Radiohead’s setlists for their 2012 jaunt will almost exclusively be comprised of material from their two latest albums. This may have something to do with the fact that the band themselves weren’t all that enamoured with Hail to the Thief (their third-last). That’s surprising, as there’s some awfully good stuff to be found on it, case in point: “A Punchup at a Wedding”. Yorke’s whine seems more pronounced than usual, but one can’t forget his gorgeous accompanying piano work. Should Radiohead bring it back? To paraphrase its alternate title, Yes Yes Yes Yes Yes Yes Yes Yes!

Of all the tracks on Pablo Honey, the world’s introduction to Radiohead, album opener “You” may very well be the most forceful thing they’ve ever produced. It simply doesn’t stop thrashing or crashing or whatever you want to call it. Come to think of it, you could have easily confused it with all the grunge that was going around at the time. It was somehow better, though, if not more refined. It’s as if they’ve purposely been toning down their act since this howling first taste. Speaking of which, who wouldn’t want to hear Yorke scream more live like he does here?

No, we didn’t forget about OK Computer. Given that they unpacked “Subterranean Homesick Alien” last year in New York, one would hope they’d be open to more material circa 1997. If they skipped down five more tracks, they’d arrive at “Electioneering”, another jangly cut that screams and squeals with grungy Britpop. Yes, it’s another rocker, but taking into account all the ambient, looping material featured on Limbs, “Electioneering” could offer a nice respite. If they’re really feeling saucy, however, they could stretch this out a few minutes and knock out one hell of a jam. After all, they’re headlining Bonnaroo for Christ’s sake. Who knows?

Lemme Get an Encore: Radiohead