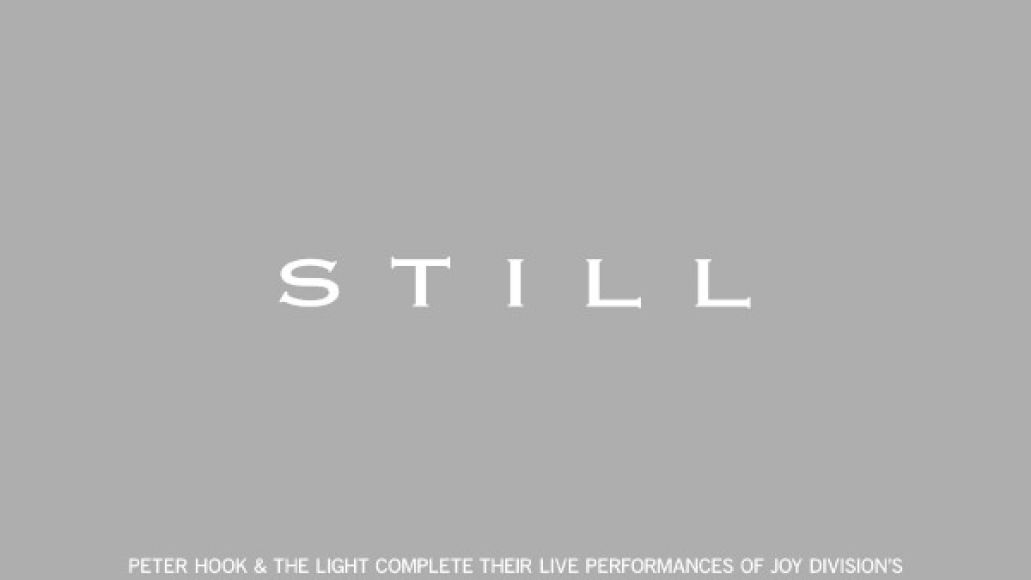 For the third time now, Peter Hook and The Light will pay homage to Ian Curtis by performing another Joy Division album in full. Having already tackled Unknown Pleasures and Closer, the group will now revisit Still, Joy Division’s double-disc collection that features rarities, outtakes, and a recording of the band’s final live show.

The two-night event takes place on May 18th (the date of Curtis’ passing) and May 19th at Hook’s Manchester club The Factory. Tickets go on sale Friday, March 2nd at noon local time with proceeds going toward two charities: Mind and Forever Manchester.

In a press release for the event, Hook added: “It’s somewhat bittersweet since I honestly wish there were more to go really but I am very happy that now with ‘Still’ I will have played every Joy Division song ever written, again. I am delighted that The Light are performing Joy Division’s final release in what seems set to be the final Light / Joy Division gigs in Manchester and I’m looking forward to a couple of great concerts so finish up the trilogy properly.”

No word yet if Hook plans on touring this show, though he does have a number of other tour dates coming up. In the meantime, check out a live rendition of “Ceremony” off of Still. The recording, which would later become a single for New Order, dates back to May 2, 1980, when the band performed what would become their final concert at High Hall in Birmingham, UK.

Peter Hook and The Light to perform Joy Division's Still