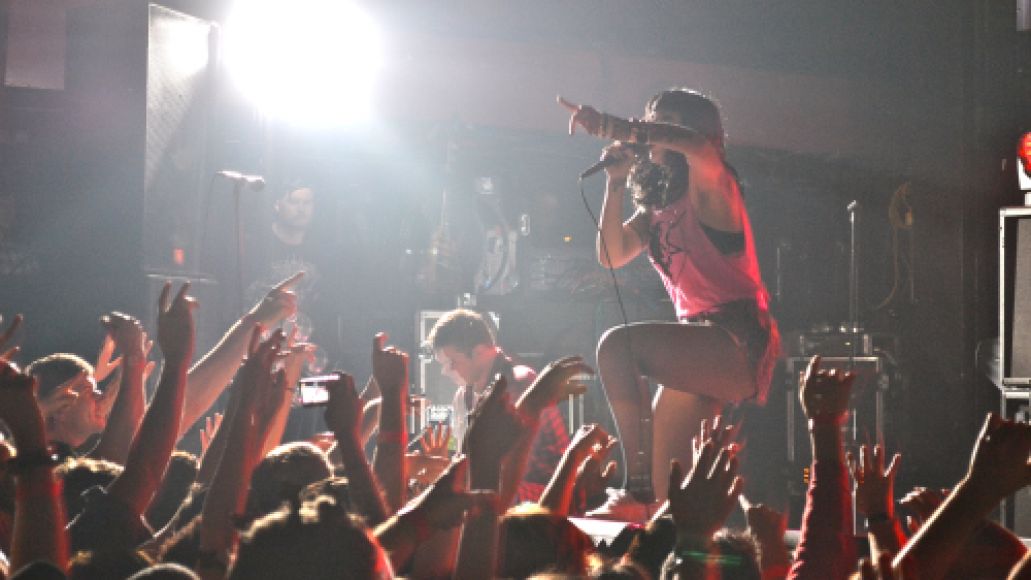 Are you living in one of the 49 states that missed out on Sleigh Bells recent Paradise Lost Tour? No worries. Tonight, the hard-hitting duo returns home to perform at New York City’s Terminal 5, where they’ll celebrate the release of their sophomore effort, Reign of Terror. The performance will also be streamed live on YouTube beginning at 10:30pm ET. Tune in below.

Reign of Terror officially arrives February 21st via Mom + Pop, though you can stream it now at NYTimes.com. Also, don’t forget the band is playing Saturday Night Live tomorrow night.