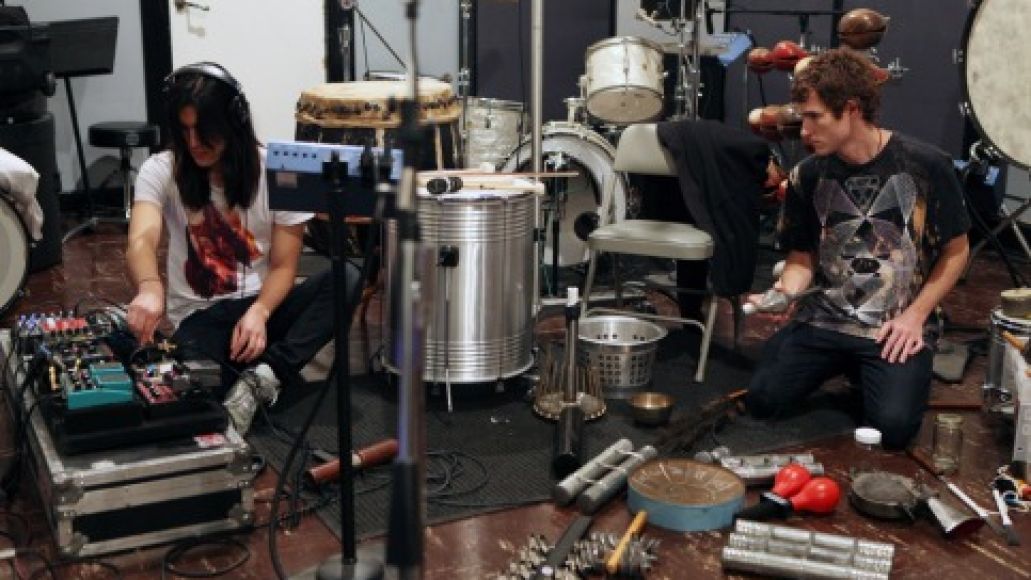 LA noise rock outfit HEALTH has been tapped by Rockstar Games to soundtrack their latest title, Max Payne 3, due out May 15th, as Pitchfork reports. In addition to providing an original score, the band has recorded brand-new bonus tracks to appear in-game.

The game centers around an ex-cop, the titular Max Payne, working to help rescue the wife of his Brazilian industrialist employer. That plot, as well as the increasing cultural importance of video games, were among the reasons HEALTH took part in the project, according to a press release.

“Video games are redefining entertainment and whether people like it or not, they are becoming as culturally relevant as films. We feel that Rockstar’s projects have an undeniably raw and tasteful aesthetic. It’s vitally important to us that we be involved in things we respect artistically. Max Payne 3 has a complex story that unfolds mercilessly and we are excited to be a part of it.”

Rockstar has a history of using slightly off-kilter musical choices, including featuring Jamie Lidell’s “Compass” in their western Red Dead Redemption and pretty much every song utilized in the Grand Theft Auto series. However, nothing should be quite as satisfying as waves of visceral noise soundtracking your slow motion pursuit of blood-drenched justice. For a taste of the group’s contributions, watch the ultra-violent, oh-so NSFW trailer below.