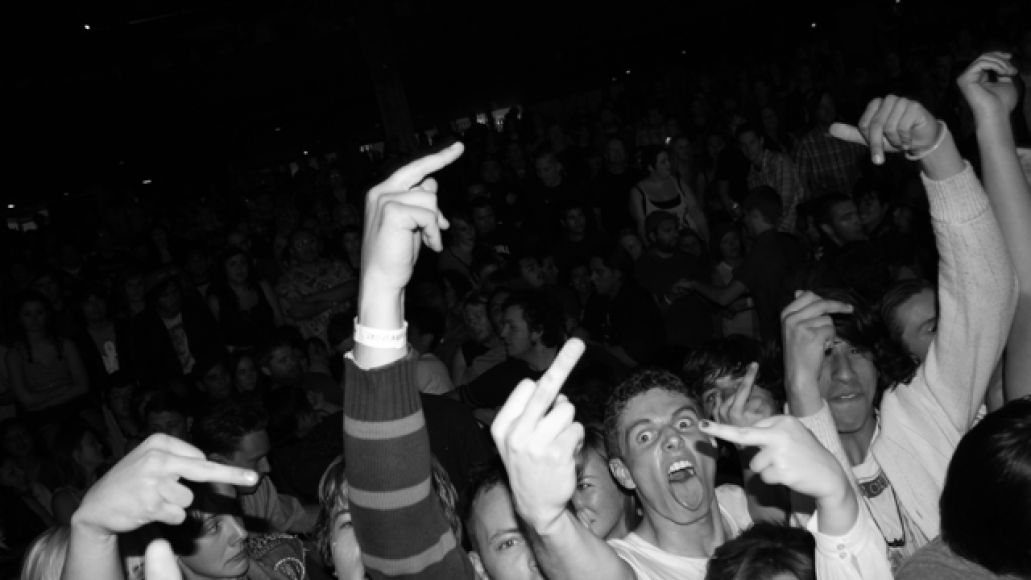 What more could southern California want out of a full-on punk show like Burgerama? Located at the Observatory, just south of Los Angeles, the all-day event took place over two stages, outdoor BBQ, and sported a lineup for the ages. In one corner, you had Wavves, with its fuzzed out surf rock anthems about being a beach bum slacker. In the other, you had OFF!, a collective composed of some of punk’s greatest names of yesteryear, all wrapped up in a new project that’s harder than anything Henry Rollins could even conceive at this point. Below them were half a dozen promising acts, including today’s reigning guitar hero Ty Segall.

It’s pointless debating what’s punk anymore, and Burgerama championed that mentality. Truth is, the main things that punk requires are loads of aggressive energy and a “screw you”, balls-to-the-wall mentality. And that’s exactly what went down at Burgerama. People moshed, artists crowd-surfed, elbows were thrown, lyrics were screamed, and everybody was in high spirits the entire time. That is punk.

In Photos: OFF!, Wavves, and Ty Segall at Burgerama