Time is a swindler, according to Bowerbirds. The wind howls low and tries to steal our hours, evidently. But for all the North Carolina band’s talk of life’s fleeting moments, hours stolen, and windswept experience, last night’s set at the Black Cat felt like some mild form of hypocrisy. With seemingly little interest from band members, the show flew by like the breeze, and, for the most part, felt as fleeting as those moments that Phil Moore and Beth Tacular rally so eloquently against.

The evening began with Dry the River, a British quintet that played dynamic, momentarily grandiose folk-rock in the vein of Midlake by way of Shearwater. Their quintessential British charm meets heavy-metal, rugged appearance only helped bolster the crowd’s response to their captivating sound: sweeping post-rock flourishes interspersed with harrowing, heartfelt hymns (what up, thrash-folk?). It was a phenomenal opening set that nearly breached a headliner eclipse. 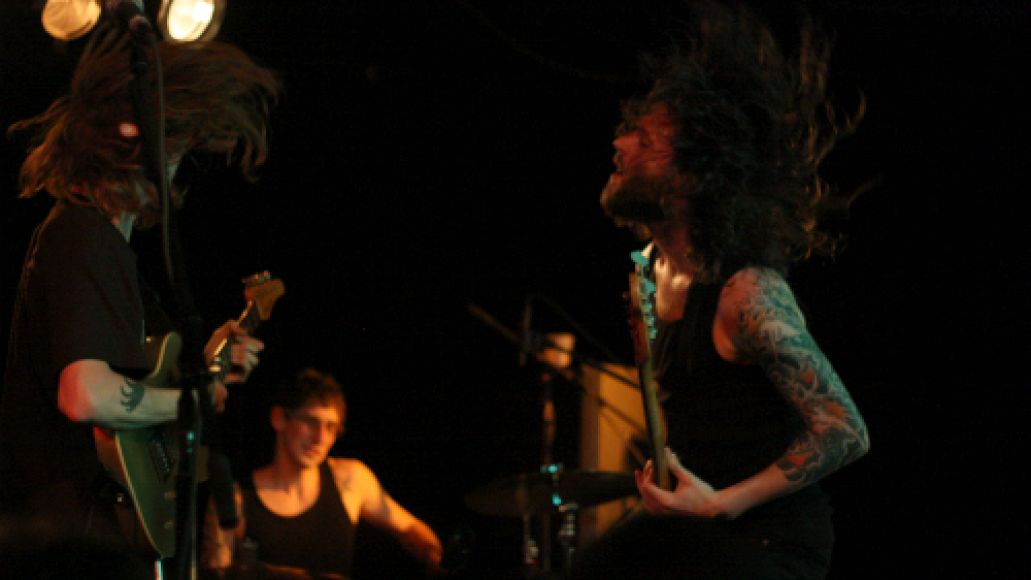 Not so shortly thereafter, Beth, Phil, and band (drummer, cellist, violinist/multi-instrumentalist) emerged. They were 10 minutes behind schedule and seemed slightly unenthusiastic. Nonetheless, the band jumped into “Stitch the Hem”, off this month’s brilliant The Clearing. Things began shaky, as Moore’s guitar work sounded much “fumblier” than it looked, and the drum work seemed a tad out of time, too. Technical difficulties also appeared to be involved.

Aside from the musical missteps, there was also a sort of hard-to-place tension, disparate from the re-established love between the on-again-off-again bandmate couple I’d been reading about. Moore seemed to be the only speaking member of the band, and though his remarks were pleasant and grateful, they also seemed to mask some deeper issue at hand. Even if Moore was full of feigned smiles, it was easy to see there was some serious chemistry missing. Songs would end with a sort of shrug, before a new one would start. It didn’t feel quite right. 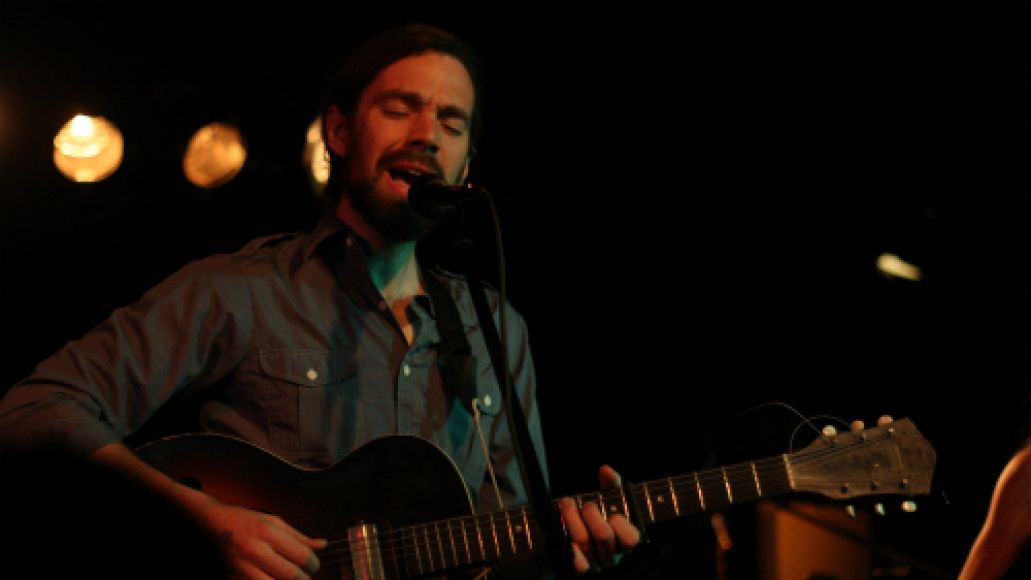 For the majority of the set–one heavy on new material–harmonies were just barely off, guitar work was choppy, etc. It was a bit of a mess. As each subsequent song began, though, the band seemed to be gradually finding its bearings. You could feel everything almost falling into place on the backwoods jazz of “Brave World”. Things were a bass-cluttered mess on “Hush”. In fact, nothing really sounded perfect (aside from the ever-gorgeous strings section) until the climactic set closer, “Tuck the Darkness In”, which hit every mark. It was revelatory to hear the thing explode into the sea of drums and strings that make it so exciting on record, with every piece in its intended location. The introduction of “this is our last song,” however, had me wishing it had been their first.

The true highlight of the entire night, though, came during the band’s three-song encore, starting off with back-to-back favorites from album number one, Hymns for a Dark Horse: “Hooves” and “In Our Talons”. That’s a telling sign of a band whose new material might just not be road-tested and ready for the masses and who, contrary to recorded opinion, has yet to find its new groove. 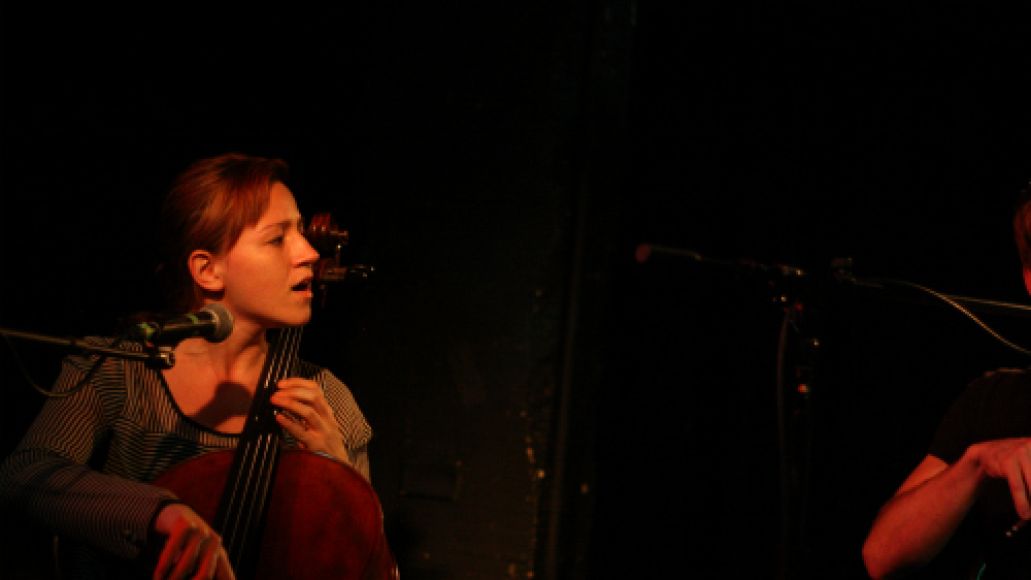 I’ve always seen Bowerbirds as a band that straddled the line between incessant preciousness and beautiful, grounded darkness. Their songs obsess over the natural world in a way that is at once bitterly cynical and slightly naÃ¯ve, while maintaining direction and balancing out their conflicted emotions. Sometimes Bowerbirds songs get caught up in the weightless, instrumental, and vocal wandering that they’re built upon. At other times, they lumber along a well-worn route of wispy ruggedness. Last night, the overly precious moments suffered from not being precious at all, with unease and imperfections obfuscating the paradoxical depressed hominess that makes Bowerbirds a special band. It’s a little sad to see so much potential squandered before your very eyes, blown away with the low-howling wind.