The Burlington is one dark venue. Aside from the soundboard and the bar in the back, the only lights came in the form of green and reddish orange, emanating from the stage itself. Shadows danced across the wall behind the stage in a creepy fashion as assorted band members from Mind Spiders and their openers, Magic Milk, flailed about with their designated instruments. A somewhat spooky scene for what was an aggressive yet fun set from each band. 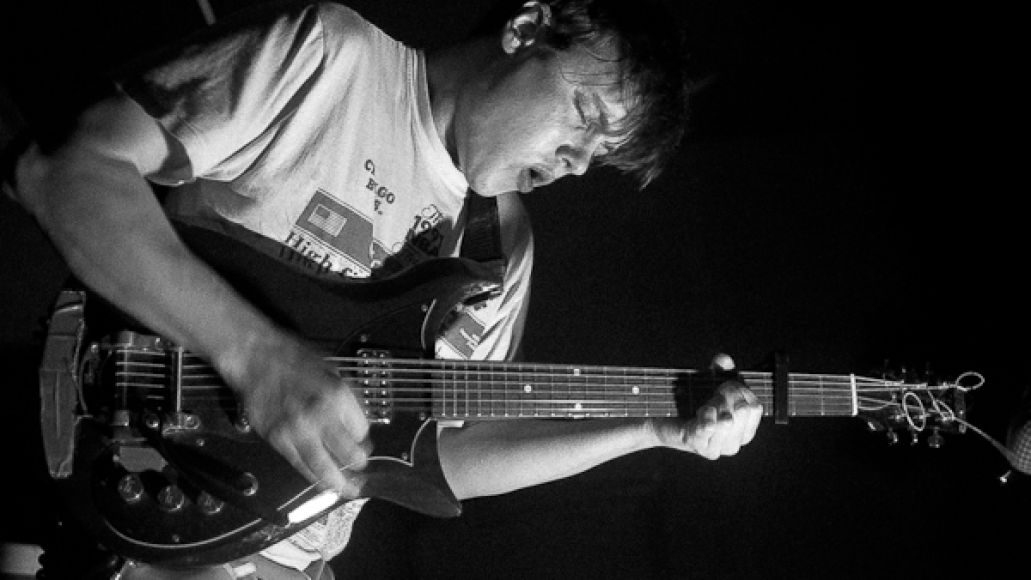 In a space as small as The Burlington’s, a concert easily transforms into a house party in your friend’s basement. Magic Milk’s Kenny Alden certainly felt at home a couple songs into their set, removing his pants for the remainder of his band’s performance. Worry not, innocent readers, young Alden was wearing orange underwear. Campy behavior aside, the three-piece put on a good show, going above and beyond the normal service of “opening act.” Their punk-by-way-of-rockabilly caused nearly as much movement in the crowd for their set than that of Mind Spiders.

Speaking of the Texas quintet, they were short a drummer. The venue size may have played a part in the band venturing away from the two-drummer approach they took on this year’s magnificent Meltdown LP. Despite a lack of extra beats, the album translated well live, as did cuts from their earlier releases. Leader Mark Ryan assembled a great band for Meltdown after largely going it alone for the first Mind Spiders record, and their live show proves their worth even further.

For starters, the music was a bit more raw. The band’s space punk found itself toned down thanks to louder guitars, bass, and drum overpowering the trademark keyboards heard within their albums. Despite this, the quality was not affected at all. The band launched straight into Meltdown’s “Play You Out” without so much as a “hello,” not willing to let stage banter interfere with a fast and furious set. The way the band played the ooh-ahs of “Worlds Destroyed” and the bounce of “Going Away Tonight” could have convinced the most disciplined listener that they’ve been members of Ryan’s project from the word, “Go!” (which, while we’re on the topic, later closed the show). 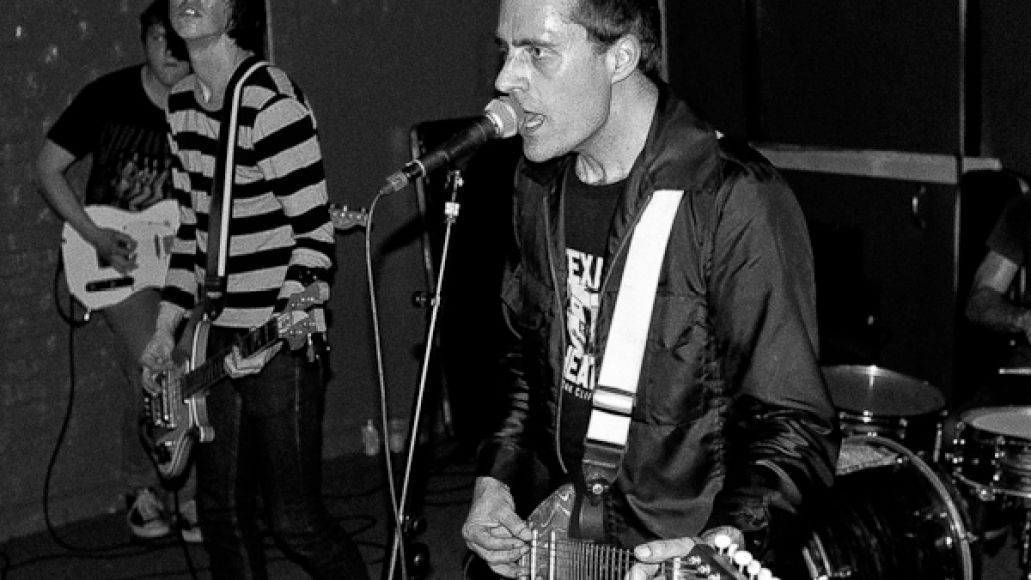 The restless energy of tracks “Don’t Let Her Go” and “You Are Dead” made it impossible to just stand still. Sure, couples were seen taking breaks now and then to full-on make-out in front of everybody, but the young crowd was ultimately into the band playing in front of them. Eschewing any slow tempo songs, Mind Spiders set was over before anyone in the crowd knew it, and the band was tight. The only noticeable error was a false start to “Join Us Now”.

On the way out, one audience member was heard saying, “That was way, way, way better than the record.” That’s certainly up for debate. The songs on Meltdown work dressed up in keyboards and synths on record, but also work just as well faster and thrashier in a live setting. Fortunately for Mind Spiders, both ways work. Go!

Mind Spiders Setlist:
Play You Out
Worlds Destroyed
Mind Spiders Theme
You Are Dead
Beat
Don’t Let Her Go
Going Away Tonight
On the Radio
Join Us Now
Upside Down
Wait for Us
Go!