Among a growing crop of young, budding producers hellbent on legitimizing electronic music far beyond the dance floor, Nicolas Jaar proved Monday night at Los Angeles’ Echoplex that he’s perhaps the likeliest to do so in the coming years. Though Space Is Only Noise, his truly brilliant debut full-length, suffered the misfortune of coming out just as the James Blake hype storm was at its peak–causing many to pass on it as a byproduct of Blake, xx, etc.–the record soon gained traction and was cited by many as one of the best releases of 2011, as was the stellar Don’t Break My Love 10″ that followed. Rather than capitalize on all the buzz, Jaar has kept mostly to himself, working almost exclusively out of his own Clown & Sunset imprint–for which the night effectively served as a showcase–while remaining very audible about his artistic integrity and building Clown & Sunset into one of the most respected independent labels in the country.

Only in Los Angeles could a show as sold-out as this be half-empty almost two hours after the doors opened, but Nicola Cruz, the night’s opening act, began his set to a mostly vacant Echoplex. The Franco-Ecuadorian producer and Clown & Sunset signee was quick to change that, though, winning a sizable crowd off the packed patio and bar with a memorable set that drifted effortlessly and at will between down-tempo electronica and woozy, beat-driven house, maintaining a solid, danceable rhythm throughout. 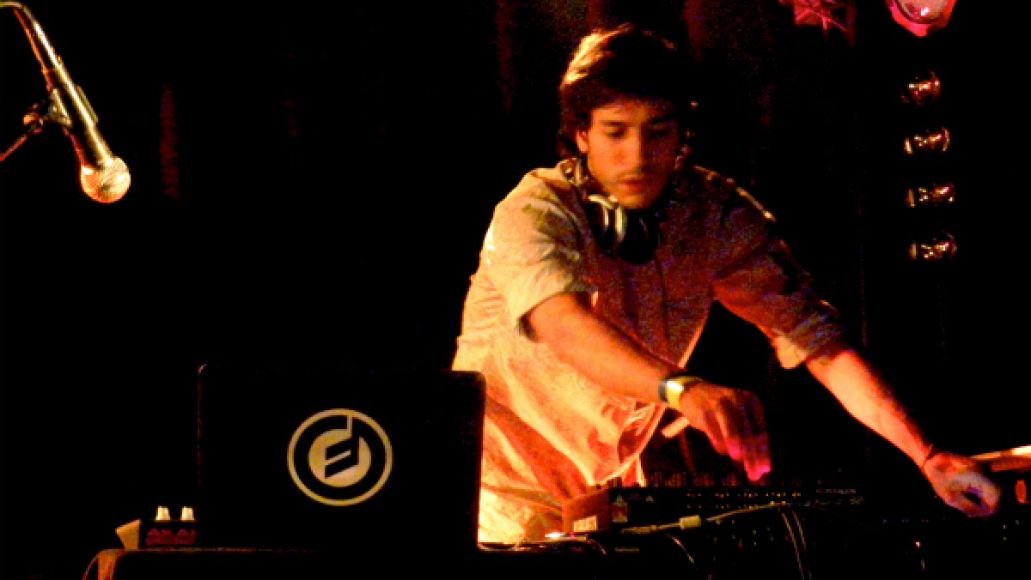 Jaar took the stage only minutes after Cruz had left it, backed by saxophonist Will Epstein and Dave Harrington on guitar, taking his place behind a laptop and formidable array of gear and synthesizers. The trio opened things up with a slow-looming, instrumental passage, with Jaar and Harrington supplementing the hazy wash on keys with the occasional lead vocal and thick, echo-laden guitar respectively. Throughout the night, Jaar seemed either too coy or perhaps hesitant to add any drums to the mix, leaning instead on his own classically inclined electric piano riffs or a percussive lead line from Harrington, with whom Jaar records as kraut-ish jam duo Darkside. Jaar and his band did well to tease the sonic depth and subtlety out of Jaar’s music, translating even the softest, most understated melodies to the live setting with methodical precision.

When he did finally come in with the beat, Jaar remained almost motionless, transfixed between his laptop screen and piano, adding the occasional vocal line on a microphone that spent most of the night off to the side. Even at its most kinetic, though, the music seemed willfully languid, climaxing off of the accrued energy of the group’s extended jam sessions with a muted, though no less visceral, passion. The crowd picked up on it quickly, seeming to hang on Jaar’s every move, dancing raucously even at the night’s calmest points and cheering especially loud when he returned to the stage alone for a short, solo encore. Epstein and Harrington rejoined him shortly thereafter for a final pair of breezy, up-tempo numbers. 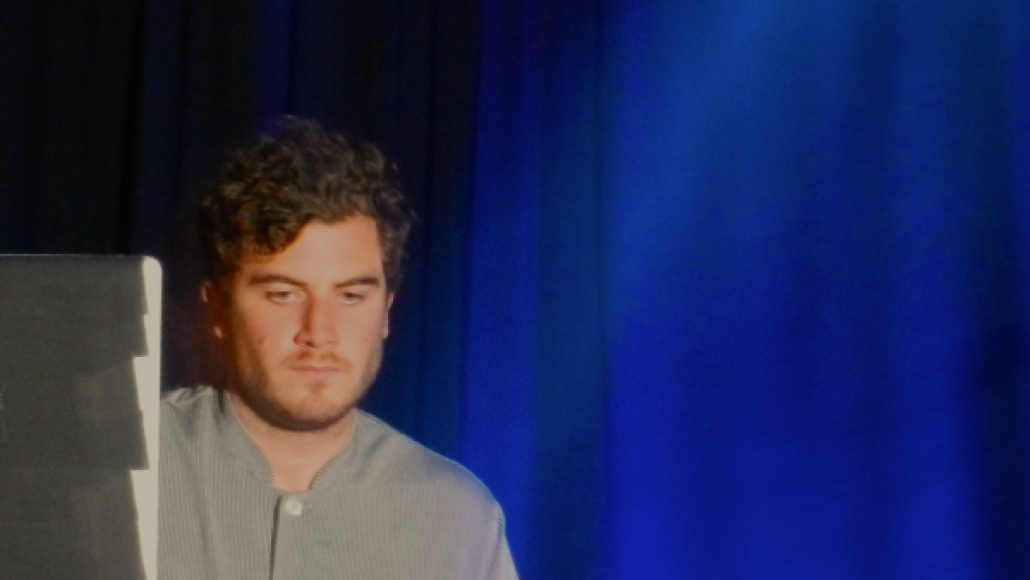 While Nicolas Jaar’s low-key brand of music is hardly the sort of thing you’d expect people to get at all riled up about, the breathtaking power with which he and his band brought said music to life, and the very riled up crowd itself, did well to prove otherwise.