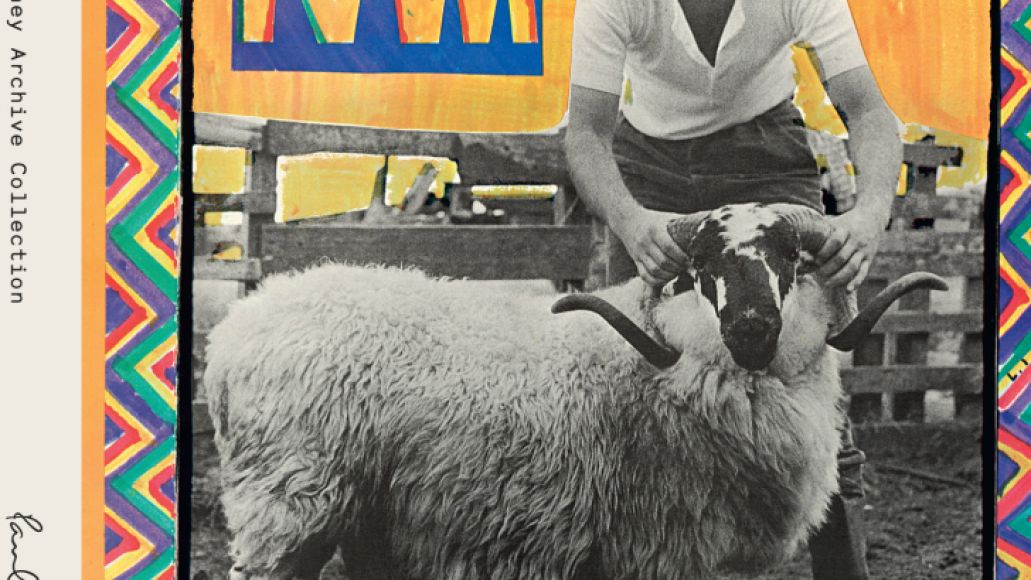 On May 22nd, Paul McCartney’s RAM, his 1971 collaborative album with late wife Linda McCartney, will receive a deluxe reissue as part of his Paul McCartney Archive Collection. In keeping line with past reissues, the new set will feature a 112-page book, photo prints, handwritten lyrics and notes, four CDs, and a bonus film DVD, all overseen by the former Beatle himself.

Recorded in the autumn of 1970, alongside future Wings members Denny Seiwell, David Spinozza, and Hugh McCracken, RAM marks the only album to be credited to both Paul and Linda McCartney, and stands as the second post-Beatles LP. Initially polarizing amongst critics upon release, the record has since received acclaim by fans and former detractors.

RAM will be available digitally and on vinyl and CD via Hear Music/Concord Music Group. There will also be a series of incarnations, including a standard edition, a special edition, and a deluxe box set. Check out McCartney’s official site for more information on each release. In the meantime, take a listen to “Heart of the Country”, one of the album’s select cuts, below.

“Heart of the Country”: