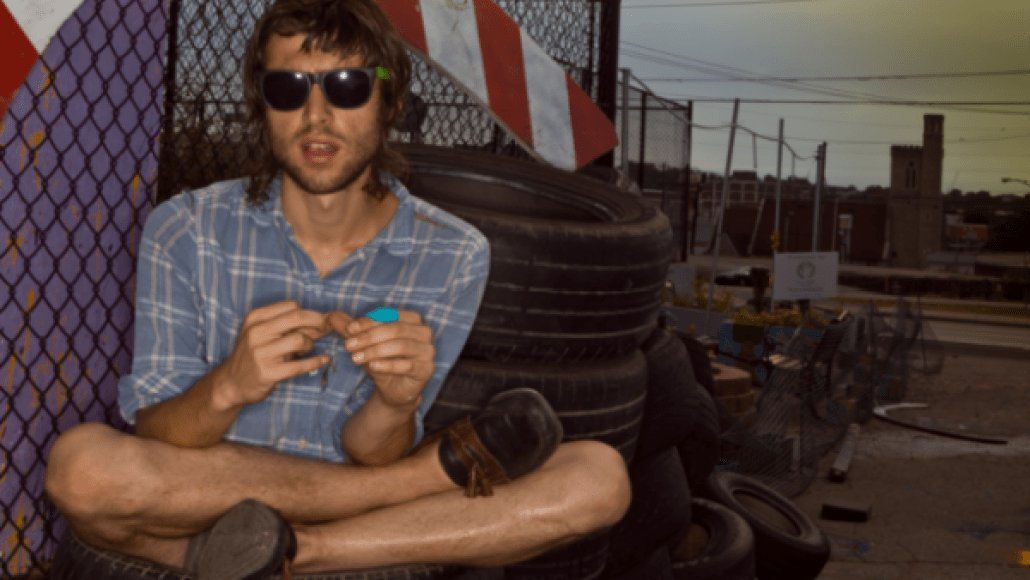 PUJOL first caught our attention last fall with the release of their Saddle Creek debut EP, Nasty, Brutish, and Short. On June 5th, the Nashville rockers will release their second effort on the label, and first-ever LP, United States of Being.

Contextually, the record’s concerned with everyday human interaction, specifically romance, and is filtered through the band’s decidedly philosophical worldview. “The songs are grounded in that space between people”, head honcho Daniel Pujol said in a press release. “It’s a pretty interesting place to be. There are a lot of possibilities there. The songs celebrate that inclusiveness. Love can be a pretty subversive thing. It’s 12 neoliberal love songs for you and the significant Other. The ‘A’ in Nashville is for ‘affirmation’. Negate negation, the world is what you make it. You’ll never make it alone in the USB.”

Metaphysical pondering aside, the album’s first single, “DIY2K”, features a wall of pounding drums and a chugging guitar riff. When Pujol howls, “America, you know better / I know we can get it together”, it’s unclear if he’s sincere or biding his time to lash out against the system. Either way, you’ll be slam-dancing when you stream the track below (via SPIN.com).