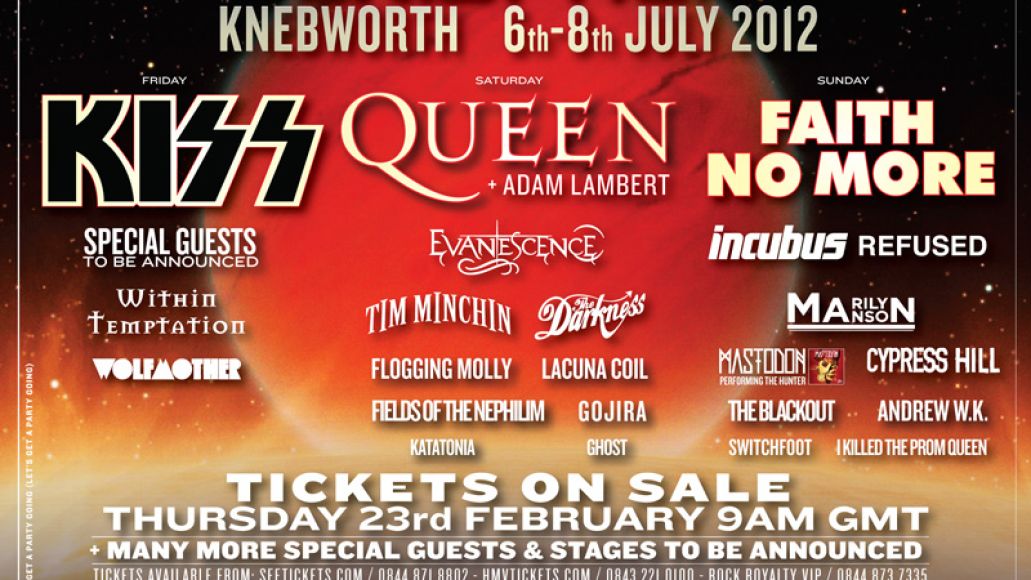 One of the UK’s premiere music festivals, Sonisphere will not take place in 2012. Previously set for July 6-8th at Knebworth Park in Hertfordshire, the festival’s 2012 bill boasted Queen with singer Adam Lambert, Faith No More, Kiss, Refused, The Darkness, and Marilyn Manson, among others.

In a statement, festival oraganizers said “It is with very heavy hearts and much regret that we announce the cancellation of Sonisphere Knebworth 2012. Putting the festival together in what is proving to be a very challenging year was more difficult than we anticipated and we have spent the last few months fighting hard to keep Sonisphere in the calendar. Unfortunately circumstances have dictated that we would be unable to run the festival to a standard that both the artists and that Sonisphere’s audience would rightly expect.”

Sonisphere joins The Big Chill, Oxegen, and High Voltage as notable UK and Ireland-based music festivals to have been canceled in 2012. Slow ticket sales and London’s role as host of the 2012 Olympic Summer Games are sought to be the main reasons for these cancelations.