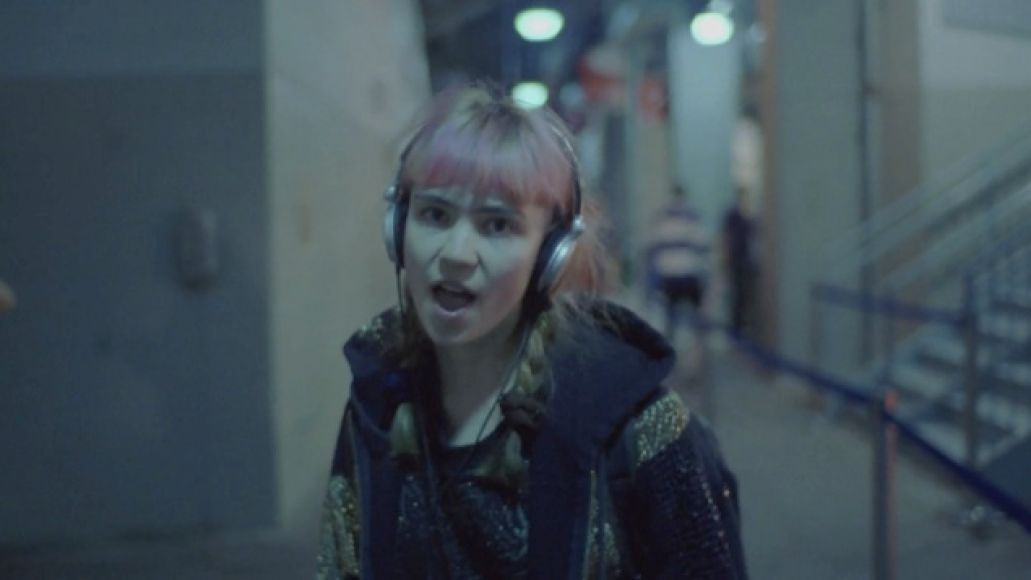 In our daily travels, we’ve all bared witness to that lone music consumer, who adorned in headphones, feverishly enjoys some piece of music while the rest of us commute quietly.  They may simply nod their head or give a slight shimmy to their body; some lose themselves to the music completely. Bedroom pop sensation Claire Boucher (aka Grimes) reveals herself as just such a devotee in the music video for “Oblivion”. From the dirt and adrenaline at a motorbike rally to a sweat-soaked locker room, Boucher and her trusty boombox dance and sing to varying degrees of public interest (and appropriate forms of contact). Her flash mob-esque performance may not incite Footloose levels of fervor, but there’s something utterly joyous about a football game soundtracked with jarring avant-pop.

Grimes’ latest album, Visions, is out now via 4AD.