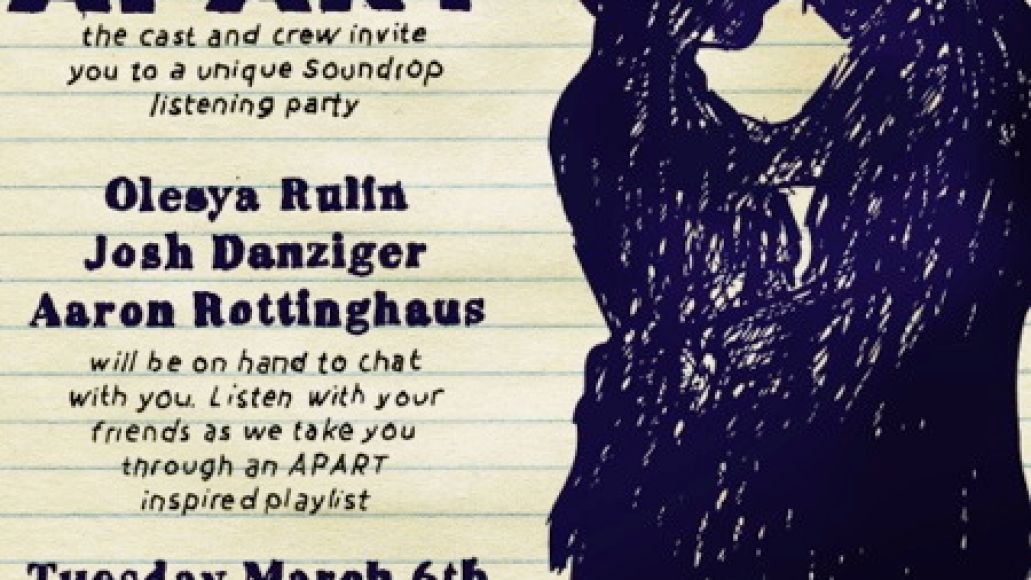 For the soundtrack to the upcoming psychological thriller Apart, singer-songwriter Jessica Lea Mayfield recorded a cover of Brian Jonestown Massacre’s “(David Bowie I Love You) Since I Was Six”. Produced by and featuring Mayfield’s frequent collaborator Dan Auerbach of The Black Keys, the track is currently available for purchase on iTunes and streaming on Spotify. Available below, the accompanying music video features the characters Noah and Emily slow dancing to the song.

Starting today at 4 PM PT, the cast and crew of Apart will host a soundtrack listening party on the Soundrop Spotify app, where they’ll also answer fan questions.

Apart hits select theaters in New York and Houston on March 9th and will be available on iTunes and OnDemand.

Video: Jessica Lea Mayfield - "(David Bowie I Love You) Since I Was Six" (CoS Premiere)