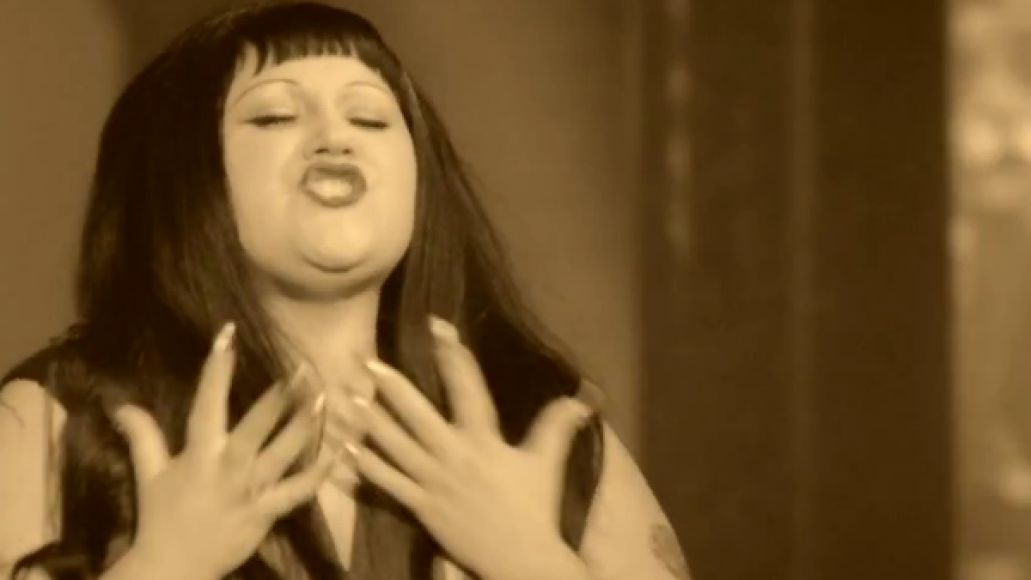 As previously reported, Gossip returns on May 22nd with A Joyful Noise, the follow up to 2009’s major label debut, Music For Men. You’ve already heard lead single “Perfect World”, the very Bonnie Tyler-esque anthem that cribs from previous Top 40’s hits from the ’80s, and now comes its accompanying video. It’s more or less a performance clip, but quite decadent with its gold stylings, as if the group’s performing on the set of Game of Thrones (sans all the decapitation, bloodlust, and full frontal nudity, of course). Keep your eyes peeled for the glimmering, crystallized lighting at the end, though. It sure is pretty. Check it out below.

A Joyful Noise hits stores May 22nd via Columbia.