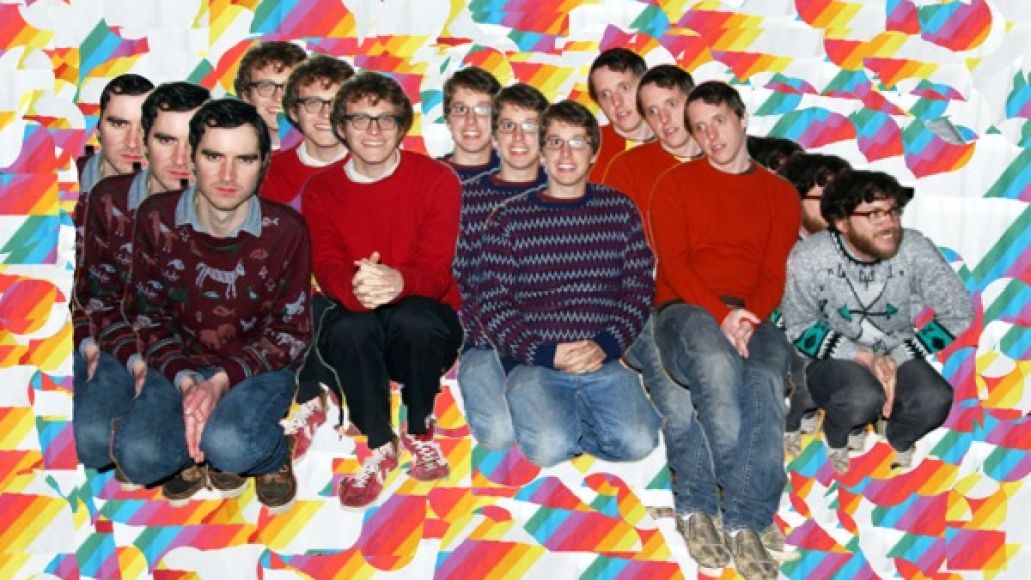 Four years after their last record, The Spinto Band will return on May 1st with Shy Pursuit. Perhaps most memorable from 2005’s “Oh Mandy”, a wistful yet effervescent ukelele-driven gem that hews to the vocal stylings of Alec Ounsworth, the Delaware fivesome has been honing and evolving its pop chops since the late ’90s.

Their long, hard work has paid off in a home-style video for “Cookie Falls”, the first cut off Shy Pursuit. Likel labelmates Dr. Dog and Generationals, The Spinto Band’s big, sweet retro arrangements perfectly soundtrack a nervous, Ginger Rogers-esque dancer performing for someone’s birthday. If only the stone-faced band members watching her were as charmed  as we were (come on, she brought balloons!). Check out the video below.