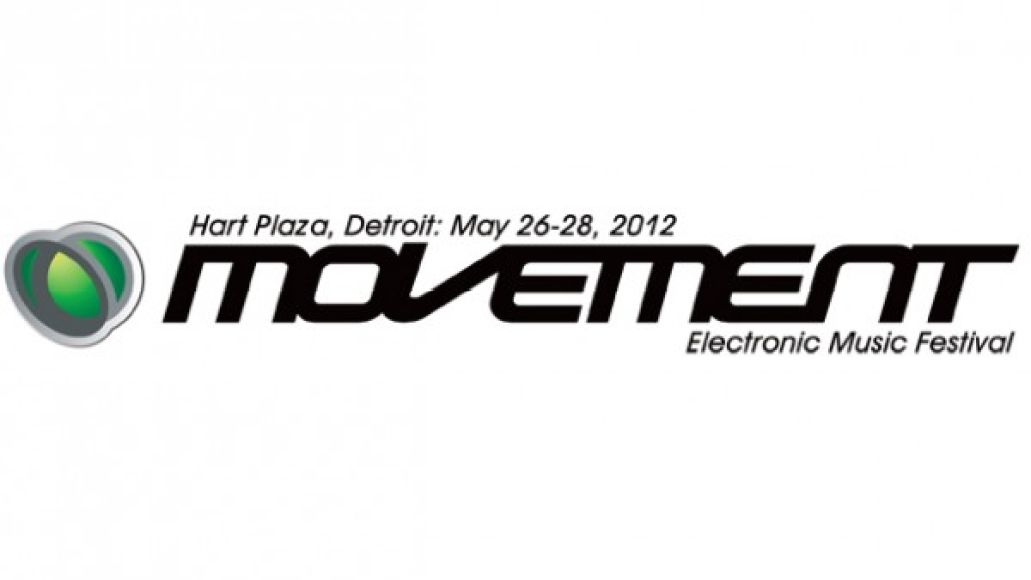 According to production company Paxahua’s Chuck Flask (via Detroit’s Metro Times), “David Guetta approached us about it [Movement], but we said no.” My guess is the current king of electronic dance music isn’t used to rejection. Following the mayhem of Skrillex’s 2011 Movement performance, which happened at the cusp of the producer’s current momentous rise, the team behind Paxahua have become even more vigilant on how they curate, not just book, the city’s celebration of techno.

Now in it’s thirteenth year, Movement finds the balance between heritage (Jeff Mills, Lil’ Louis, Public Enemy) and what’s next (Dillon Francis, araabMUZIK, The Martinez Brothers). The base is Detroit Techno, polished mixes buried beneath a gritty faÃ§ade that harkens back to the end of the Motor City’s heyday, but for Memorial Day weekend the five stages that line the concrete park of Hart Plaza contain droney minimalism, sparkling Eurohouse, odd analog experimentation, and yes, epic amounts of Jump Up bass drops.

In the spirit of Movement, this excursion was about discovering something new. With ample amounts of water, and a few back up pairs of earplugs, the following is a journey into the top ten acts that I haven’t seen, but more importantly, would drop plans to witness once again. With nearly 100 artists to explore, a simple numeric matrix helped the tasks — crowd energy, technical ability, and entourage — with ties being alleviated through the number of inflatable toys. 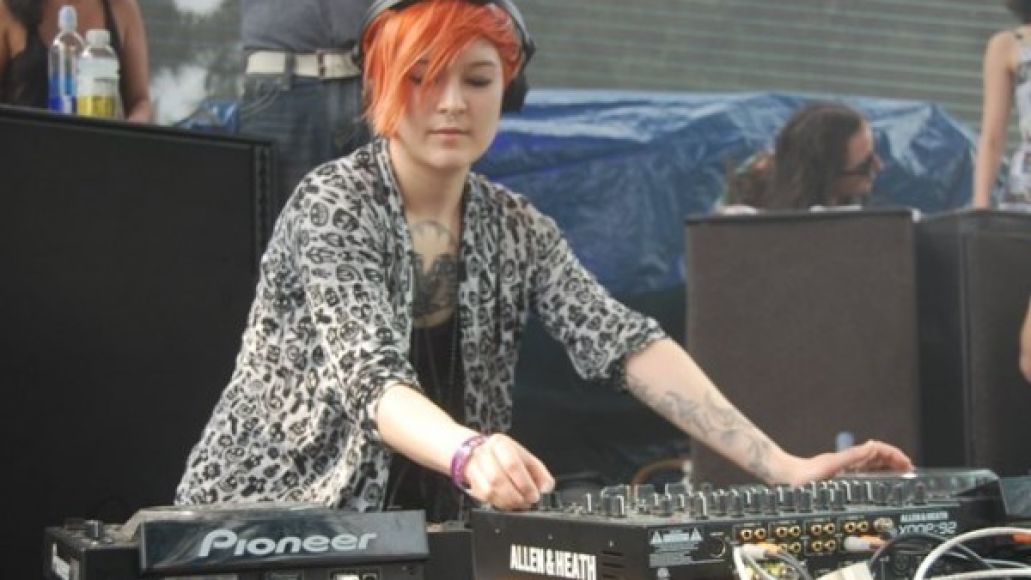 Sans laptop, Maya Jane Coles commanded the crowd with her CDJ prowess. With ample amounts of vocals, the melodic tech-house set sat at the intersection of sexy, club late night and dance pop. The only reason Coles doesn’t make it higher on the list is the sheer amount of high-profile producers that lined the stage. Conversations with Heidi, Claude VonStoke, and dOP were a massive distraction, but a sign this young Brit has the respect of coveted international artists. 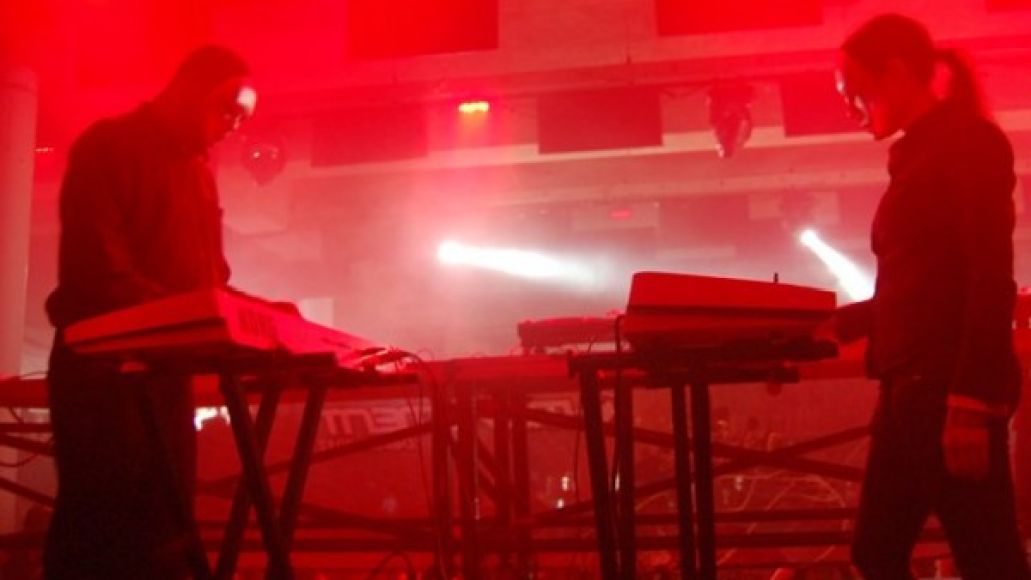 Equipped with only a pair of keyboard DAWs, the masked duo behind Dobblereffekt performed a live segment of minimalist musique concrÃ¨te and moody, industrial new wave. Trailing up-and-comers in the bass scene, the set seemed to land on deaf ears, with hordes of fans exiting upon realizing the slow churning deep bass lines would not be ending in a massive drop. A more receptive crowd would have been appreciated, but for those left underground, the sub-bass seeped into the mind space and created narratives of robotic diaries. Is it true that androids dream of electric sheep? 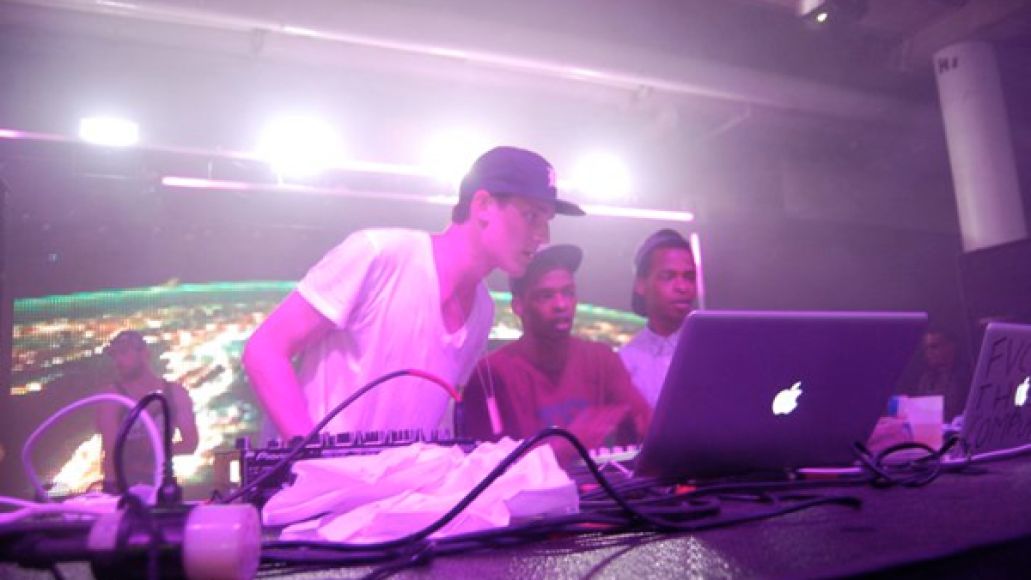 Detroit-native GRiZ’ set was mired in a massive technical difficulty, due to perspiration seeping inside of his Mac’s trackpad, but fellow new-school bass-maestros Two Fresh stepped up to hype the crowd through a laptop change. The set of all originals and self-made edits resembled Pretty Lights on a speed binge, with hype-bass throbbing beneath organic hip-hop motifs. 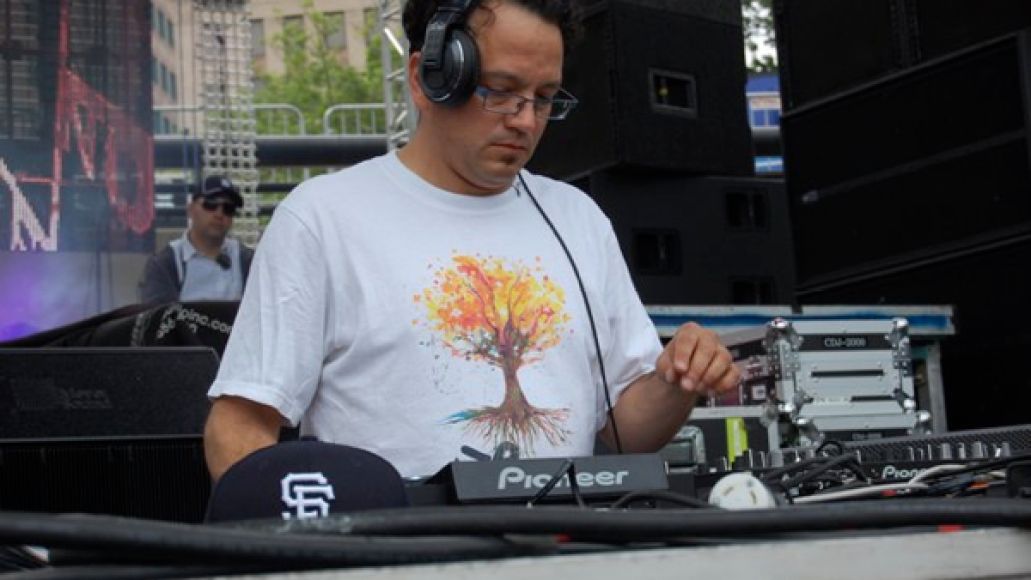 Mark Farina looks like your middle school’s quirky band professor, but instead of bad jokes and ugly ties, Farina comes equipped with a unique blend of jazz, classic soul, hip-hop, and classic rock that he dubs Mushroom Jazz. The mid-tempo set was sparsely attended, but for those energetic enough to dance in the remnants of an early afternoon rainstorm, seamless edits of Grandmaster Flash’s “The Message” and “I’m on Fire” by Bruce Springsteen served as a just opener for the festival. 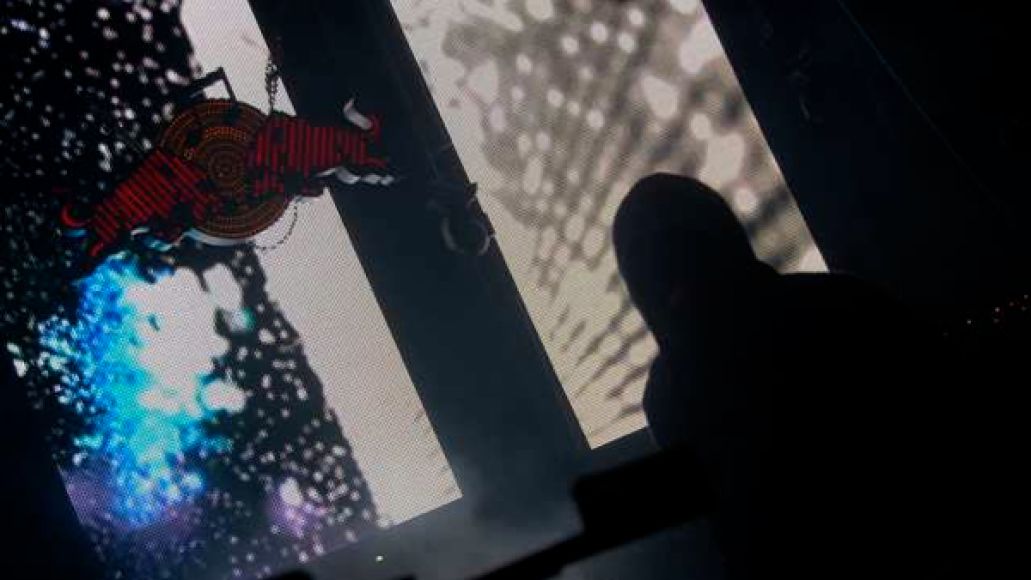 Gold Panda’s set transplanted the audience into a dark cloud. Shrouded in an oversized hoodie, the UK producer used his MPC to construct a deviant atmospheric set. It may not have been easy to dance to, but the underlying glitch provided enough energy for a continued series of crowd surfing attempts from the packed audience. 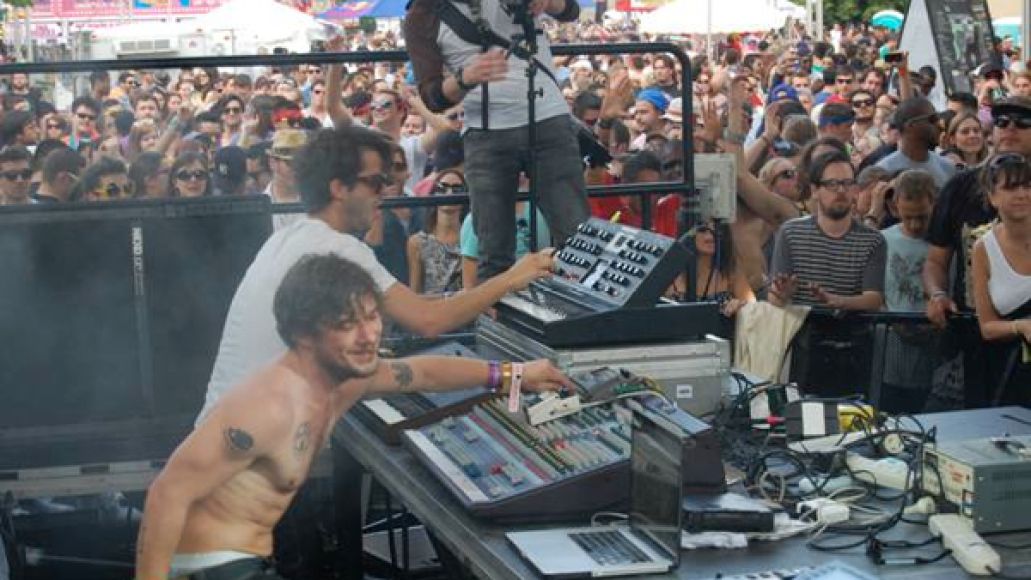 Prior to Saturday afternoon I was oblivious to the French trio of dOP, but as their name so closely suggests (dope), just one hit and you may be hooked. Already, less than two days after the performance, and I am already suffering some symptoms of withdrawal. Comprised of Damian Van de Sande, Clement Zemstov, Jonathan Illel, dOP fuse an analog synthesizer, keyboard, and live MC for a sleek, sexy, and more than a slightly raunchy, emotive dance party. To keep spirits high, the threepiece were more than happy to share multiple bottles of Finlandia with the audience. Like the most euphoric of human encounters, dOP keep the tempo to a seductive drone leading to mutual gratification. 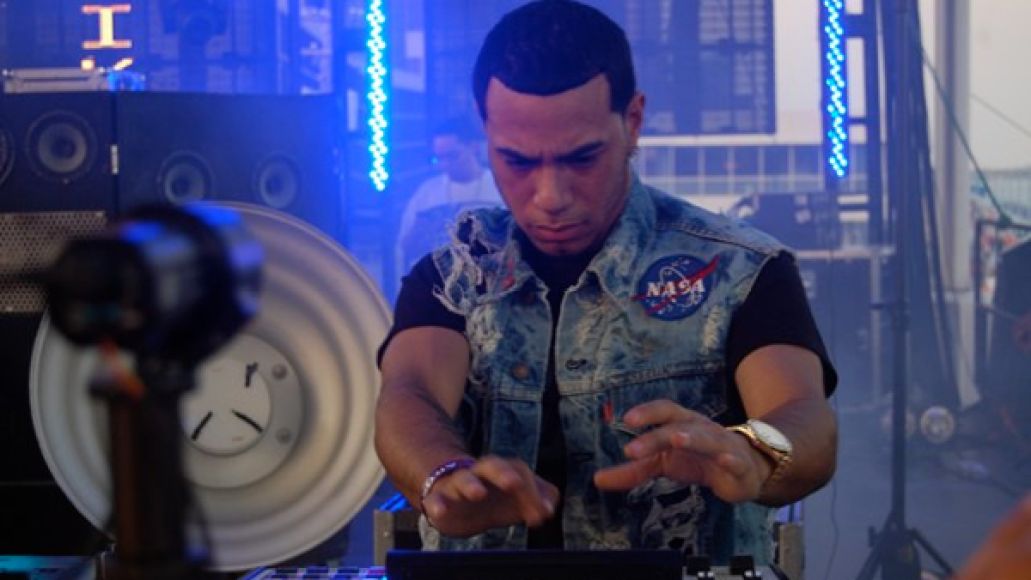 araabMUZIK is a spectacle best viewed as closely as possible. As a former producer for The Diplomats, the pint-sized wonder sharpened his skills on the MPC with progressive hip-hop beats, but now the producer probably outpaces even the most quick tongued MC with his dub-step infused machine gun beats. araabMUZIK is as explosive as his sets, constantly tapping away at his MPC with a stoic expression of determination, changing tempos, samples, and their levels nearly faster than the eye or ear can process. The output, with sampled screams and growling bass wobble, may be too maniacal for those with an affection for the more melodic side of bass music, but like a great improv jazz artist, some people are definitely worth straying from your norm. 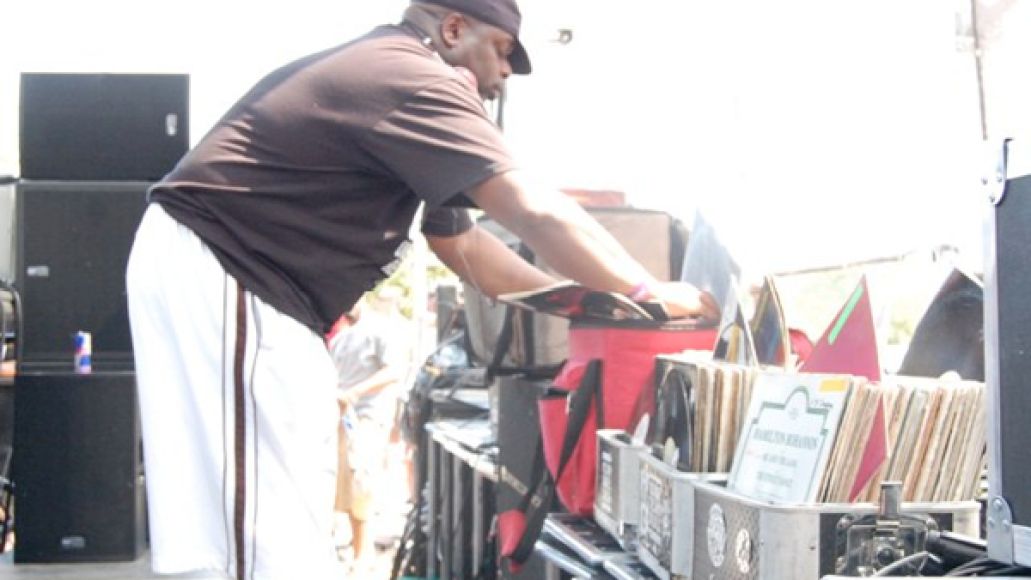 Honoring the 10th anniversary of his brother’s untimely passing, longtimeDetroit staple DJ Psycho dropped the couture of many DJs for an old school crate digging extravaganza – no shoes, no computer, no CDs, no frills. Over his 90-minutes, the legend brought fans aboard a techno time machine, beginning where hip-hop and techno diverged from Chicago house. With three crates, Psycho arrived with an arsenal of vinyl, which he cycled through at a dizzying pace, as if connected by a swivel. Unlike his peers who stay planted in deep cuts, the broadly-smirked Psycho gave the fans something more memorable, including James Brown, Public Enemy, Queen, Kraftwerk, The Beach Boys, Prince, and even Limp Bizkit. In other words, think a less hyper Girl Talk, but with multiple decks, and without the assistance of a computer. 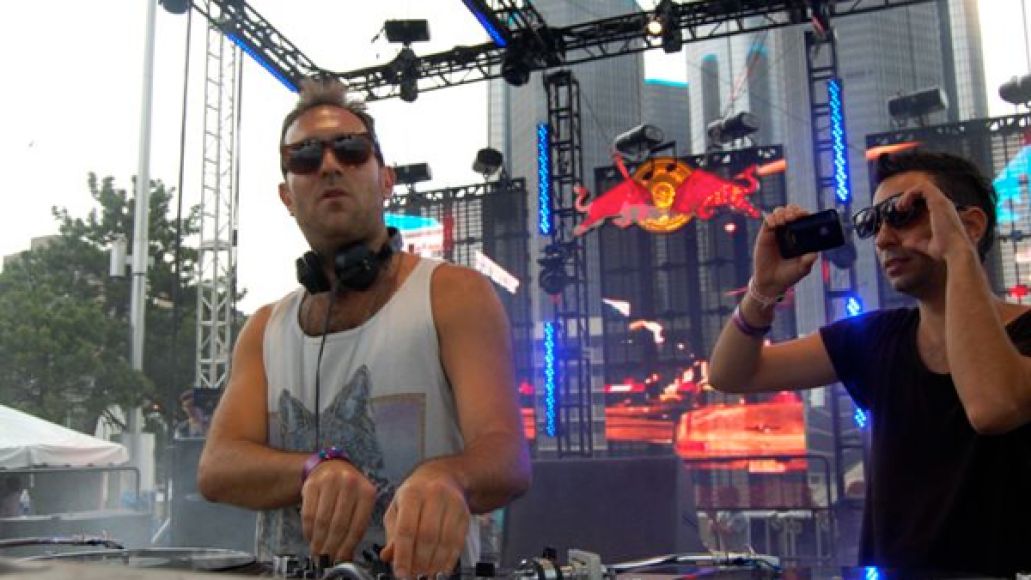 The collective behind Wolf + Lamb are shifting dance music away from bone-rattling bass back toward the passion and soul of early house music. On Sunday, the label/party/crew was represented by Slow Hands, Jamie Jones + Lee Foss (aka Hot Natured), and label heads Zev Eisenberg and Gadi Mizrahi. Each member appeared comfortable displaying his love for the funk and sensuality of classic disco music, updated with crisp production and synth riffs that the younger Jetsons might spin. Each member celebrated the other while performing, with the largest crowd building for the dusk performance by Hot Natured, which also featured sightings of Movement 2011 artist Soul Clap.


02. The Wizard aka Jeff Mills 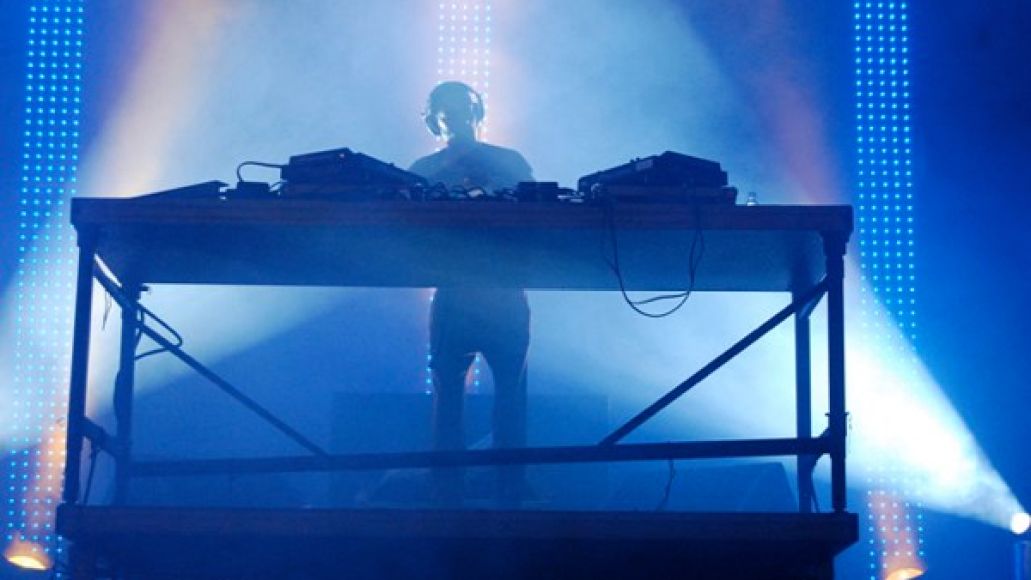 Jeff Mills is the living encyclopedia of techno music. Perched high above the crowd, Mills controlled the audience like a figurative wizard from an enchanted emerald palace. With a track selection dating back two decades, aging candy kids could be heard calling out track names as Mill’s vinyl hit the turntable, but for the younger generations in attendance it was more appealing to lose oneself in the currents of tech-house, electro-bounce, and refined hip-hop beats. Rarely performing in the States, Mills could have turned the performance inward, like a king on his throne, but chose to conceal himself behind smoke and bright house lighting; the show was more about the tradition of techno, its fans, and the City of Detroit. Some beats may have been bobbled, and mixes not set exactly to cue, but for anyone still unearthing the breadth of techno music, Jeff Mills is a gateway to a world of discovery. 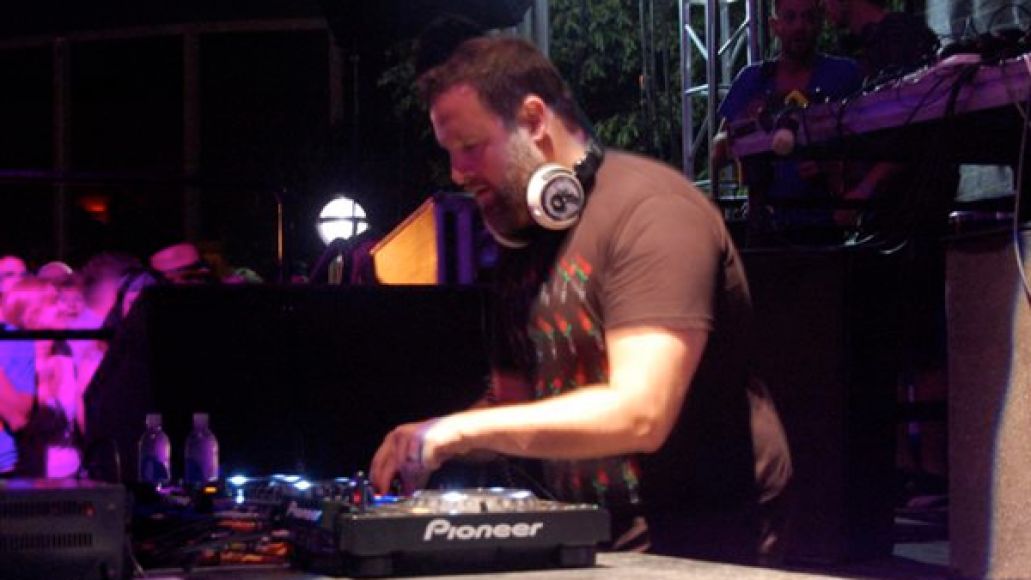 As the co-founder of San Francisco-based Dirtybird Records, Claude VonStroke is helping keep alive funky bassline, or as his sound has so accurately been tagged, booty-tech. With great DJs priming the audience, VonStoke dipped right into the crowd-pleasures with his remix of French Fries “Yo Vogue”. With the entire crowd getting low, he slowed the tempo 30-minutes in toward the more melodic tones of his recent 3 Days Lost in Ibaza mix.

It’s easy to discern how his aesthetic got its tag, with a constant grin he builds baselines that shift one’s focus from their brain to their booty, turning even casual observers into gyrating lunatics. The focus may be on the bassline, but quirky, often psychedelic samples, inhabit the spaces between the bumps, including exaggerated bursts of bubbles, carnival flair, and animal noises. There’s a tongue-and-cheek sense of comedy about the affair — if clowns were to throw a rave under the big top, Claude VonStroke would definitely be the DJ of choice. And that my friends, would be the greatest show on Earth.